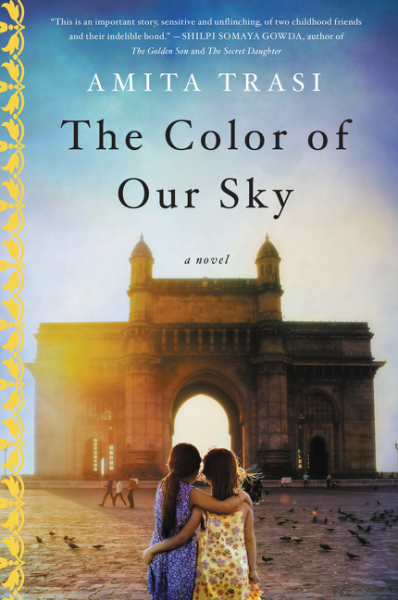 THE COLOR OF OUR SKY

In the spirit of Khaled Hosseini, Nadia Hashimi and Shilpi Somaya Gowda comes this powerful debut from a talented new voice—a sweeping, emotional journey of two childhood friends in Mumbai, India, whose lives converge only to change forever one fateful night.

India, 1986: Mukta, a ten-year-old village girl from the lower caste Yellama cult has come of age and must fulfill her destiny of becoming a temple prostitute, as her mother and grandmother did before her. In an attempt to escape her fate, Mukta is sent to be a house girl for an upper-middle class family in Mumbai.

In the spirit of Khaled Hosseini, Nadia Hashimi and Shilpi Somaya Gowda comes this powerful debut from a talented new voice—a sweeping, emotional journey of two childhood friends in Mumbai, India, whose lives converge only to change forever one fateful night.

India, 1986: Mukta, a ten-year-old village girl from the lower caste Yellama cult has come of age and must fulfill her destiny of becoming a temple prostitute, as her mother and grandmother did before her. In an attempt to escape her fate, Mukta is sent to be a house girl for an upper-middle class family in Mumbai. There she discovers a friend in the daughter of the family, high spirited eight-year-old Tara, who helps her recover from the wounds of her past. Tara introduces Mukta to an entirely different world—one of ice cream, reading, and a friendship that soon becomes a sisterhood.

But one night in 1993, Mukta is kidnapped from Tara’s family home and disappears. Shortly thereafter, Tara and her father move to America. A new life in Los Angeles awaits them but Tara never recovers from the loss of her best friend, or stops wondering if she was somehow responsible for Mukta’s abduction.

Eleven years later, Tara, now an adult, returns to India determined to find Mukta. As her search takes her into the brutal underground world of human trafficking, Tara begins to uncover long-buried secrets in her own family that might explain what happened to Mukta—and why she came to live with Tara’s family in the first place.

Moving from a traditional Indian village to the bustling modern metropolis of Mumbai, to Los Angeles and back again, this is a heartbreaking and beautiful portrait of an unlikely friendship—a story of love, betrayal, and, ultimately, redemption. 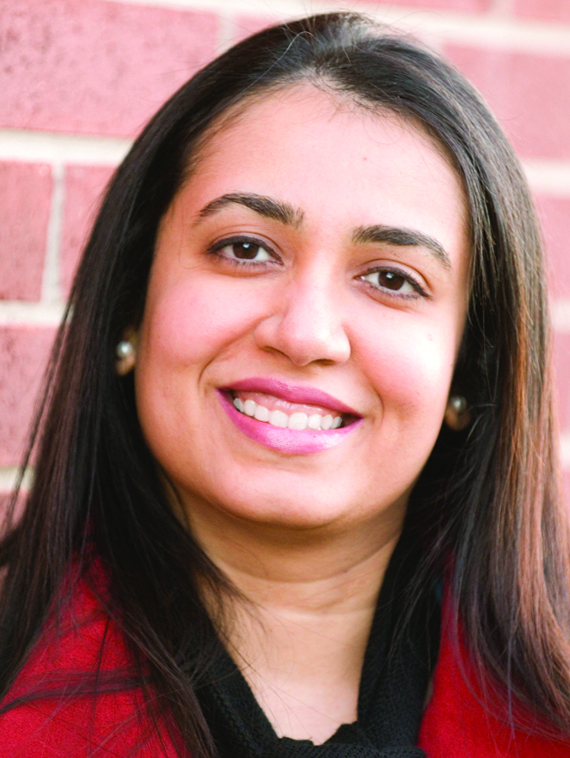 Amita Trasi was born and raised in Mumbai, India. She has an MBA in human resource management, and currently lives in Houston, Texas, with her husband and two cats.

“This is an important story, sensitive and unflinching, of two childhood friends and their indelible bond.” — Shilpi Somaya Gowda, author of The Golden Son and The Secret Daughter

“A haunting debut…that brings the brutal realities of modern India into focus.”—Kirkus Reviews

“Gut-wrenching and timeless. The relentless female characters give representation to millions of voiceless women, and display oceans of resilience and strength.”—Booklist

1. When we first meet Mukta, she says “I did not know my body did not belong to me” when she was a child, just as her mother’s and her grandmother’s bodies had been dedicated to prostitution. Could Mukta’s mother have done more to help Mukta avoid the same fate as her? Why do you think her grandmother, Sakubai, insisted Mukta follow devadasi tradition rather than trying to escape it?

2. Tara says that Mukta’s arrival in their home “brought out Aai’s worst side.” Do you believe Aai is at all justified in her animosity towards Mukta, especially when we later learn that she suspected Mukta was Papa’s daughter? How would you have reacted in her situation?

3. Aai tells Tara “Your Papa has all these fancy ideas about equality. Society doesn’t function that way. We have to know our place in society.” Do you agree? Why does Tara befriend Mukta despite the obvious difference in status between them? As adults, did their places change at all or was Aai right that people are never truly equal in society?

4. Do you think Tara’s father did enough to give Mukta a better life? Would he have behaved differently if he’d been able to confirm that she was his biological child?

5. Could you forgive Tara for how she plotted to have Salim kidnap Mukta? Do Tara’s years of searching for Mukta absolve her for that one great act of cruelty?

6. What do you think of the love between Sanjeev and Mukta? Do you think it would have lasted if she’d managed to escape with him?

7. Could Mukta have ever escaped the brothel if Tara hadn’t saved her? What would have become of Asha otherwise?

8. Tara says of Raza, “In his eyes, I saw the same zeal to study that I had once seen in Mukta’s, the same glimmer of hope, of survival flickered there.” Unlike Mukta, Raza managed to escape being on “the lowest rung of the ladder in the underworld.” Was he better able to escape because he was a boy? Why has his path in life differed so much from that of his childhood friend Salim?

9. What does it say about Raza and Tara that they’re able to treat each other as equals— and fall in love—as adults despite the great differences in their religion and backgrounds?

10. Mukta tells Tara that she doesn’t want a DNA test to prove whether Papa is her father: “I want to remember him as my father whether it is the truth or not.” Would have done the same? Were you disappointed or pleased by her decision?

11.At the end of the novel Mukta tells the reader: “…I understood that the threads of life don’t always weave the way we want them to; sometimes the pattern at the end of our lives would be different than what we imagined it would be, and right now, I had nothing to do but be at peace with whatever remains behind.” What do you think happens to Tara and Mukta after the novel ends? What does their future hold?