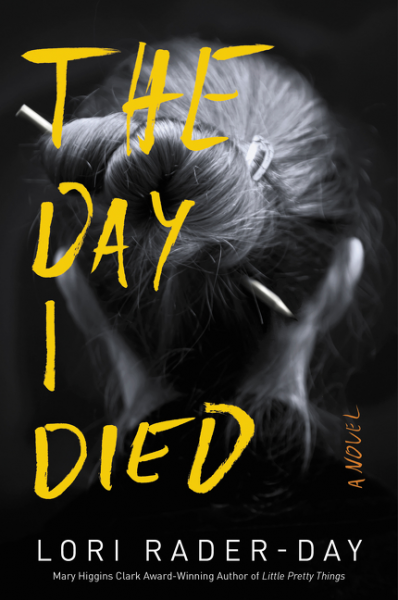 THE DAY I DIED

From the award-winning author of Little Pretty Things comes this gripping, unforgettable tale of a mother’s desperate search for a lost boy.

Anna Winger can know people better than they know themselves with only a glance—at their handwriting. Hired out by companies wanting to land trustworthy employees and by the lovelorn hoping to find happiness, Anna likes to keep the real-life mess of other people at arm’s length and on paper. But when she is called to use her expertise on a note left behind at a murder scene in the small town she and her son have recently moved to,

From the award-winning author of Little Pretty Things comes this gripping, unforgettable tale of a mother’s desperate search for a lost boy.

Anna Winger can know people better than they know themselves with only a glance—at their handwriting. Hired out by companies wanting to land trustworthy employees and by the lovelorn hoping to find happiness, Anna likes to keep the real-life mess of other people at arm’s length and on paper. But when she is called to use her expertise on a note left behind at a murder scene in the small town she and her son have recently moved to, the crime gets under Anna’s skin and rips open her narrow life for all to see. To save her son—and herself—once and for all, Anna will face her every fear, her every mistake, and the past she thought she’d rewritten. 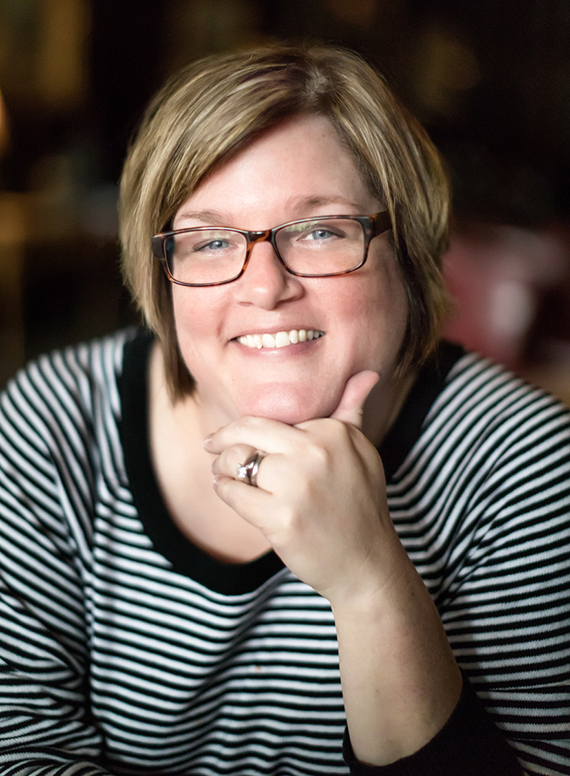 Lori Rader-Day, author of The Black Hour and Little Pretty Things, is the recipient of the Simon & Schuster Mary Higgins Clark Award and the Anthony Award for Best First Novel. Lori’s short fiction has appeared in Ellery Queen Mystery Magazine, Time Out Chicago, and Good Housekeeping, among other publications. She lives in Chicago, where she teaches mystery writing at StoryStudio Chicago and serves as the president of the Mystery Writers of America Midwest Chapter.

“Beautiful prose and tack-sharp observations round out this slow-burning but thought-provoking meditation on the ravages of domestic violence.”—Publishers Weekly

“Secrets lie behind every loop, slant, and swirl of The Day I Died, Lori Rader-Day’s compelling story of a handwriting analyst searching for a lost boy. Richly written, complex, and imaginative…this is a perfect read for fans of Mary Higgins Clark.”—Susanna Calkins, Macavity Award-winning author of the Lucy Campion mysteries

“A searing, psychological suspense novel about small-town dreams shattered by a deadly secret.”—Terry Shames, Macavity Award-winning author of A Killing at Cotton Hill

1. When we first meet Anna, she can’t admit that she cares about the little boy who’s missing. What changes in this situation? How does Anna find compassion she didn’t think she had?

2. Anna’s only friend isn’t really a friend. She knows that “one of us had been a drowning person, and the other, a life raft.” How has being helped so much by Kent and others defined Anna’s ability to connect with other people?

3. How does the Ransey family’s history in the town of Parks color Sheriff Keller’s approach to the case of Aidan going missing? How can media representation or other commentary hurt the chances of justice being served?

4. The Dairy Bar is a place that Anna gravitates toward, a place she can reclaim from a childhood she’s had to leave behind. What are the touchstone locations of your childhood? Where is the place in your current life that reminds you most of a cherished place or person?

5. Anna returns to her old town and sees simultaneously what is the same and what is different, layers over time over top one another. (The word for this phenomenon is  palimpsest.) Have you ever returned to a place you hadn’t been in years? What changes or enduring artifacts stood out to you?

6. What complex feelings do you see between Anna and Theresa during their unexpected reunion?

7. Left for dead, Anna finds strength not just in her son but in the child she once was. What emotions are at work here?

8. What do you think will be different for Anna after the end of this story? How has she changed?

The Day I Died Playlist

This list isn’t a marketing scheme—I actually write to music most of the time and always construct playlists for my novels. To start, I’ll gather a few songs I already own that seem thematically appropriate to my story (though I don’t usually know much about the story when I start writing it). Sometimes it’s the tune or tone of the track that gets it placed on the list. Sometimes it’s much more literal: lyrics speak to me and to the themes of the novel. The list always grows over time as I discover new songs to add, and I’m constantly searching for new music to inspire a few more pages.

“WHITE BLANK PAGE” BY MUMFORD & SONS
I was an immediate convert to the music of Mumford & Sons. This song had resonance for Anna’s career and for the dreams she has in the night, when the words trail and tighten around her. I originally heard these lyrics as “Wine Dark Page,” so if someone would like to write that song, I want to hear it.

“WHERE TO BEGIN” BY MY MORNING JACKET
Well, truthfully, this book began years before it was finished, but I chose this song not because of my beginning but Anna’s. Where does the strength come from to begin again, after you’ve lost everything? And then again?

“UNDER THE MICROSCOPE” BY MATTHEW SANTOS
This is just a tremendous song. Some songs demand to be written to. If Anna were asked to connect this song to her story, she’d point to that first meeting with the sheriff. He’s paying attention, much too closely.

“RIPTIDE” BY VANCE JOY
“I love you when you’re singing that song . . . I got a lump in my throat because you’re gonna sing the words wrong.” I was charmed by these lyrics, and imagined all the little moments between mother and child that Anna misses as her son starts to grow up and away from her. All the little moments in a life between people who love one another.

“COME PICK ME UP” BY RYAN ADAMS
A song about a couple having a not happy ending in progress. When Anna remembers wanting to call Ray and let him know where they are, she knows it’s not a good idea, but can’t help wanting what would be easy. The devil she knows. (Not safe for work, this one.)

“OLD FRIEND” BY SEA WOLF
“Old friend come back home . . . Even though you always were alone . . . You had to push against the fates . . . Just to make it . . . Make it through the gate.” I picked up this song from hearing it on TV at some point. I’ve gotten very good  at recognizing good writing songs, and spend far too much money on iTunes.

“A NEW LIFE” BY JIM JAMES
Anna has plenty of new lives, but they haven’t been as full as she needs them to be. Maybe this is the one she’ll get to keep?

“MESS IS MINE” BY VANCE JOY
Even independent women wouldn’t mind someone saying they’d take on all your baggage. If only you’d let them.

“LONG RIDE HOME” BY PATTY GRIFFIN
“Headlights staring at the driveway . . . The house is dark as it can be . . . I go inside and all is silent . . . It seems as empty as the inside of me.” For when the ride home isn’t just a road trip.

“GO INSANE” (LIVE) BY LINDSEY BUCKINGHAM
This is not an unproblematic choice, given what we’ve heard about certain guitar players and certain ex-girlfriend singers, but it reminds me that all the characters in The Day I Died get to have a voice. Also, I have a not unproblematic crush on Lindsey Buckingham.

“THE YAWNING GRAVE” BY LORD HURON
This entire album, Strange Trails, is one long writing soundtrack for me. This track is particularly haunting, evocative of dark walks through the woods and of what awaits if Anna cannot save herself.