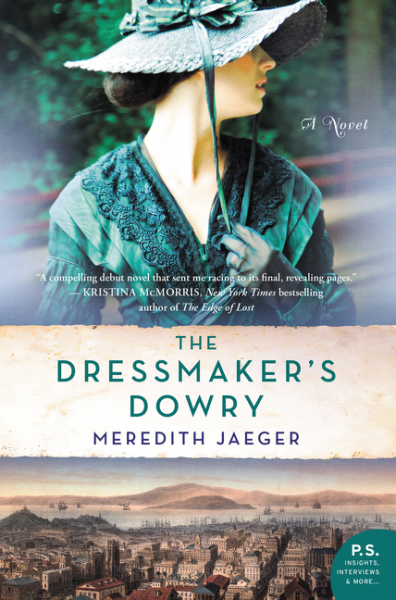 An exquisite ring, passed down through generations, connects two women who learn that love is a choice, and forgiveness is the key to freedom…

Immigrant dressmakers Hannelore Schaeffer and Margaret O’Brien struggle to provide food for their siblings, while mending delicate clothing for the city’s most affluent ladies. When wealthy Lucas Havensworth enters the shop, Hanna’s future is altered forever. With Margaret’s encouragement and the power of a borrowed green dress, Hanna dares to see herself as worthy of him. Then Margaret disappears, and Hanna turns to Lucas. Braving the gritty streets of the Barbary Coast and daring to enter the mansions of Nob Hill,

An exquisite ring, passed down through generations, connects two women who learn that love is a choice, and forgiveness is the key to freedom…

Immigrant dressmakers Hannelore Schaeffer and Margaret O’Brien struggle to provide food for their siblings, while mending delicate clothing for the city’s most affluent ladies. When wealthy Lucas Havensworth enters the shop, Hanna’s future is altered forever. With Margaret’s encouragement and the power of a borrowed green dress, Hanna dares to see herself as worthy of him. Then Margaret disappears, and Hanna turns to Lucas. Braving the gritty streets of the Barbary Coast and daring to enter the mansions of Nob Hill, Hanna stumbles upon Margaret’s fate, forcing her to make a devastating decision…one that will echo through the generations.

In her elegant Marina apartment overlooking the Golden Gate Bridge, Sarah Havensworth struggles to complete the novel she quit her job for. Afraid to tell her husband of her writer’s block, Sarah is also hiding a darker secret—one that has haunted her for 14 years. Then a news headline from 1876 sparks inspiration: Missing Dressmakers Believed to be Murdered. Compelled to discover what happened to Hannelore and Margaret, Sarah returns to her roots as a journalist. Will her beautiful heirloom engagement ring uncover a connection to Hanna Schaeffer? 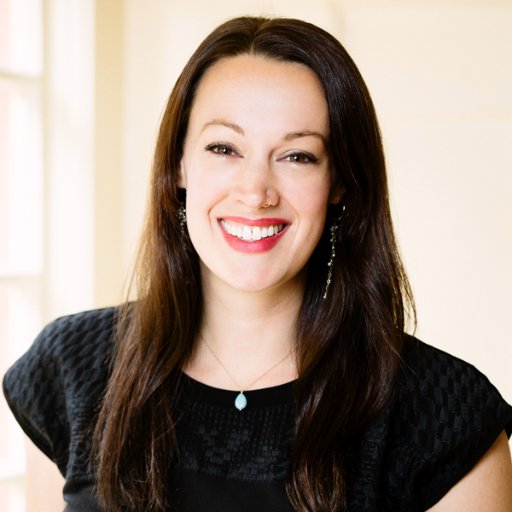 Meredith Jaeger was born and raised in the San Francisco Bay Area, the daughter of a Swiss father and an American mother. While working for a San Francisco start-up, Meredith fulfilled her dream of writing a novel, the result of which was The Dressmaker,s Dowry. Meredith lives in Alameda with her husband, their infant daughter, and their bulldog.

“Meredith Jaeger deftly intertwines two tales of love and loyalty and the vast lengths to which some will go to protect those they hold dear. A compelling debut novel that sent me racing to its final, revealing pages.” — Kristina McMorris, New York Times bestselling author of The Edge of Lost

“Jaeger weaves her mystery over two timelines, luring the reader into a riveting tale of intrigue and suspense. Blending the past and present together through strong descriptions and colorful, exciting characters, Jaeger creates an engrossing novel. Readers will be captivated by her voice, that of a good old-fashioned storyteller.” — RT Book Reviews

1. The novel is set in 1876, years before the 1906 San Francisco earthquake and fire. Margaret says, “There’s enough sin in this city for it to burn someday.” Is there anything about this time period in San Francisco’s history that surprised you? Do you think it was more dangerous to be a working-class woman at that time than a woman of society?

2. Hanna’s position as a seamstress allows her to provide an income for her family. What other jobs do you think were available to women in the 1870s? Did Hanna’s education help her?

3. At the wharves, a street child expresses anti-Chinese sentiment to Hanna. She fears the gangs that are opposed to foreigners living in the city. Did immigrants have a more difficult time finding jobs and assimilating into American culture than natives? Can you trace the arrival of your own ancestors to the United States?

4. Sarah is hiding a dark and painful secret from her husband. What was your reaction to finding out Sarah’s secret? Did she have a right to conceal the truth from Hunter? Did it change your opinion of her character?

5. Lucas and Hanna’s relationship crosses a social divide, and is unconventional due to both class and cultural differences. What were your thoughts as their relationship developed?

6. When Hanna discovers that Robert murdered Margaret, she makes the difficult decision to leave Lucas without ever telling him the truth. She believes someone else will hang for the crime—Kieran McClaren or Clive—and Robert will get away with it. Did you agree with Hanna’s heartbreaking choice? How was her decision influenced by her position in society and Lucas’s position?

7. Sarah talks a lot about the wave of change taking over San Francisco: large tech companies moving in, rents rising, and the original residents, such as working-class families, being pushed out. Meanwhile, her husband is passionate about helping the city’s many homeless. How does the San  Francisco of today compare to the San Francisco of 1876? Is there still a large gap between the wealthy and the poor?

8. Hanna is steadfast in her devotion to finding Margaret. What did you like about their friendship? Were you surprised that Margaret kept her pregnancy a secret from Hanna? Why do you think she did?

9. Sarah receives threatening e-mails and is blackmailed into keeping the truth about Margaret’s murder a secret. Why does Walter Havensworth want to hide Robert’s crime? Why do appearances matter to him?

10. In the beginning of the novel, Sarah hides the scar on her forehead and takes medication for her anxiety. In the end, she pins her bangs back into her ponytail and is no longer on medication. What caused her character transformation? What does this symbolize?

11. In the epilogue, we learn that Hanna escaped San Francisco and made a new life for herself in Sutter’s Creek under a new name. She remarries, and continues to paint. Do you believe she is happy? How is this life different from the one she would have had with Lucas?

12.  In the Victorian era, postmortem photography was common. Do you find this practice creepy? Did it surprise you? Why do you think these photos were taken?

About the Book
by Meredith Jaeger

On my honeymoon in Greece , overlooking the Aegean Sea, I opened a leather notebook, plotted out my novel, and developed its characters. I have always been drawn to the gritty, dark underbelly of cities, and to the urban immigrant experience—particularly the lives of working-class Victorians and the photojournalism of Jacob Riis.

With the sparkling blue expanse of ocean before me, I envisioned narrow cobblestone streets, horse-drawn carriages, smoke-filled saloons, and the infamous Barbary Coast of 140 years ago, where citizens were murdered in the street.

It was my first vacation in years. I had been working long hours for a San Francisco startup while simultaneously planning my wedding. To have the freedom and space to let my words flow felt like sweet relief.

As a native of the Bay Area, I grew up across the water from “the City,” a place filled with artists and musicians, dive bars, quirky cafés, and family-owned businesses. But while I walked to work in 2013, it became apparent to me that San Francisco had changed. I heard constant talk of apps, series C funding, and large tech companies setting up shop.

Did the influx of new residents have any idea that San Francisco has a rich and colorful history dating from before the time of Twitter? I wanted to paint a picture for them. Immigrants— Chinese, German, Irish, Dutch, and Mexican—built the bones of our bustling metropolis. These laborers lived a life far removed from the millionaires of Nob Hill. In fact, the San Francisco of 1876 mirrors the San Francisco of today: a place of magnificent wealth displayed against dire poverty.

I knew immediately that my character Hannelore Schaeffer would be a German immigrant. My father immigrated to California from Switzerland in the 1960s, the son of German parents. He didn’t come from much, but his adventurous spirit shone like the gold flakes he panned from the Feather River. (He went on to earn his PhD in business from UC Berkeley, but always had a little bit of cowboy dust in his soul.) Hanna would be poor, and she would have the drive to make a better life for herself in this precarious land of opportunity. Allowing Hanna to fall for a businessman with a silver fortune from the Comstock Lode, I let class and societal differences to come into play.

My inspiration for Sarah Havensworth, Hanna’s present-day counterpart, came from my own heirloom engagement ring. When my husband proposed to me with a delicate cluster of diamonds from 1903, I fell in love—with him, with the beautiful piece of family jewelry, and with a story idea. What if I didn’t know whom this ring had once belonged to? (He assured me his great-aunt Peg was a very nice woman.) What if there was an incredible tale behind how the ring came to be passed down to me?

And so my novel unfolded. It wasn’t a stretch to make Sarah a writer like myself. And I had the advantage of being able to explore every street and alleyway that Hanna traversed in her frantic search for her missing friend, Margaret. I even stopped for beers at the Saloon, San Francisco’s oldest bar, which I’ve renamed the Tavern in The Dressmaker’s Dowry. On my lunch break from work, I often wander around Jackson Square, a chic neighborhood in the shadow of the Transamerica Pyramid, admiring the brick buildings that used to be dance halls, secret opium dens, and brothels. No matter how many startups move to San Francisco, its storied past will never be erased.