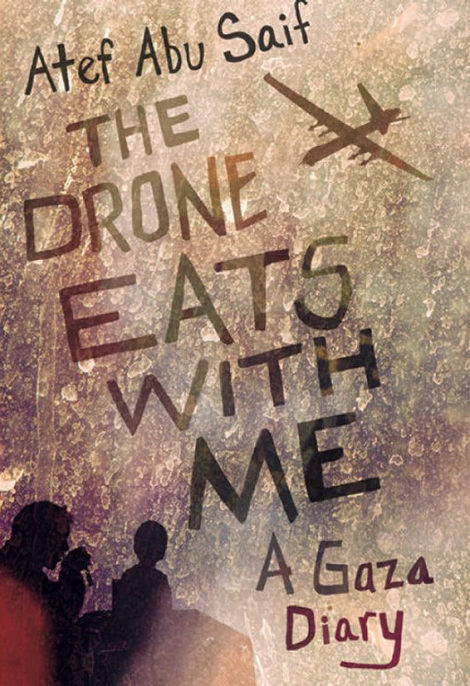 THE DRONE EATS WITH ME

The Drone Eats with Me is an unforgettable rendering of everyday civilian life shattered by the realities of twenty-first-century warfare. Israel’s 2014 invasion of Gaza lasted 51 days, killed 2,145 Palestinians (578 of them children), injured over 11,000 people, and demolished more than 17,000 homes. Atef Abu Saif, a young father and novelist, puts an indelibly human face on these statistics, providing a rare window into the texture of a community and the realities of a conflict that is too often obscured by politics.

The Drone Eats with Me is an unforgettable rendering of everyday civilian life shattered by the realities of twenty-first-century warfare. Israel’s 2014 invasion of Gaza lasted 51 days, killed 2,145 Palestinians (578 of them children), injured over 11,000 people, and demolished more than 17,000 homes. Atef Abu Saif, a young father and novelist, puts an indelibly human face on these statistics, providing a rare window into the texture of a community and the realities of a conflict that is too often obscured by politics. 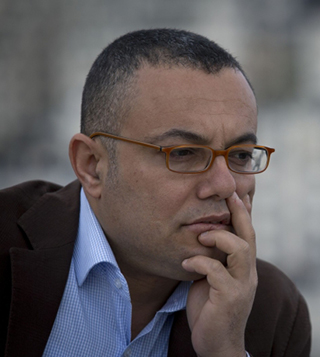 Atef Abu Saif was born in Jabalia Refugee Camp in the Gaza Strip in 1973. He is the author of five novels, including “A Suspended Life,” which was shortlisted for the 2015 International Prize for Arab Fiction. He lives with his family in Gaza.

“An indelibly memorable book…the saddest thing about The Drone Eats with Me is how long it’s likely to remain timely.”—The Christian Science Monitor

“Saif sets politics aside in order to focus on both the human tragedy that continues to play out there and the power of hope. An important addition to Middle Eastern literature.”—Booklist, Starred Review

1. How much of what Abu Saif describes were you aware of during the summer 2014 assault on Gaza? What was most surprising or new?

2. Did you have an impression of life in Gaza before reading Abu Saif’s story? If so, what was it?

3. What media stories do you remember reading about Gaza during the summer of 2014?

4. What did you find most memorable or striking in the scenes described in the diary?

5. Aside from the shocking and alien aspects of war, what characteristics of life in Gaza did you find most foreign? Which seemed the most familiar to you?

6. Are there any aspects of the history of Gaza and the Israeli/Palestinian conflict that you didn’t/don’t know and yet were not explained in this diary? What do you think was missing that readers might need to better understand and relate to this book?

7. Which passage of the diary inspired the name of the book, The Drone Eats with Me? What images and feelings does it evoke for you?

8. On Day 6, the worst missile strikes of the war so far hit Gaza. Abu Saif describes a call from a French woman who expresses solidarity. What impression did this moment seem to make on Abu Saif, and what impression did it make on you?

9. Why do you think Abu Saif decides he doesn’t want to cut his hair or his beard until the war ends? What might this indicate about his reaction to the war? What do you think changed when he finally decided to allow his friend to give him a haircut?

10. In the midst of the horrors of war, Abu Saif writes about such mundane activities as getting his hair cut. Why do you think he focuses on these things? Does it help you relate to Abu Saif?

11. Abu Saif uses the word “untomorrow”: “Sitting in my living room as my family sleeps around me, I realize there are only two ways in which the morning will be any different than the morning before. Firstly, if I wake up to the news that war has ended, news that I have survived, that I can finally begin to live again! Or secondly, if I don’t wake up at all, and only my friends and loved ones wake up….I have lived with this sense of ‘untomorrow’ since I was in primary school.” What do you think he means by that? What does it mean to you?

12. Abu Saif often writes about the randomness and absurdity of war and the luck involved in survival. How do he and his family cope with this randomness? What effect does this feeling of absurdity have on Abu Saif?

13. Abu Saif writes: “Hope is what you have even at the worst of times. It is the only thing that can’t be stripped from you. The only part of you the drones or the F16s or the tanks or the warships can’t reach. So you hug it to yourself. You do not let it go. The moment you give it up you lose the most precious possession endowed by nature and humanity. Hope is your only weapon.” (p. 143) In what ways do Abu Saif and his family maintain their hope throughout the war? How do their methods differ?

15. Abu Saif describes an incident he witnessed in which a man whose family had been killed yells at a journalist filming him as he grieves in front of his destroyed house. “‘Stop that! Don’t film me! I don’t give you permission!’” he says. (p. 196) The journalist replies that his coverage will help bring awareness to the situation in Gaza. In what ways is news coverage like this helpful but also problematic? Do you think victims of war can maintain ownership of their experiences in the face of news coverage that often doesn’t ask permission? How do you think Abu Saif does or doesn’t maintain ownership of his experience of war?

16. Abu Saif writes: “Whenever you hear the screams of children or think about their fear, the terror that can overwhelm them, the questions in their eyes, the quiver of their lips, the panic in their faces. Whenever you hear the things they say in the heat of confusion, their attempts to understand what’s going on. Whenever you consider the periods of heavy silence that hang oppressively over everything you think of—in between the explosions and the whir of the drones, between the chaos of the radio reports and the mortars whizzing through the air. Whenever you remember all these things, and also remember your desire not to remember any of them, you realize that memory is something forced upon you. People do not choose to remember; they are compelled to.” (p. 36) Do you identify with Abu Saif’s sentiments here? How do you think the world will remember the 2014 war—and how will this memory compare to Abu Saif’s? How will the war exist in your memory after reading The Drone Eats with Me?

17. How would you describe the contrast between the original end of the diary, when Abu Saif describes people’s feelings about the end of the war and the ceasefire, and his reflections in the afterward? Was this jarring?

18. Now that you’ve read Abu Saif’s story, has your perception of the people of Gaza changed? If so, how—and why do you think you had a different impression before reading Abu Saif’s book?