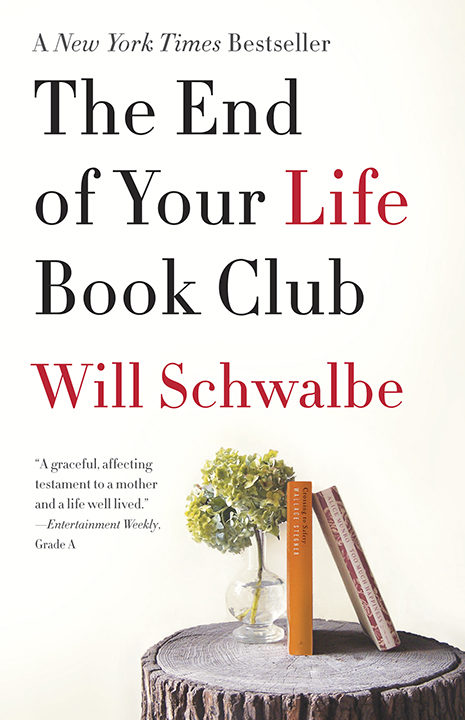 THE END OF YOUR LIFE BOOK CLUB

An Entertainment Weekly and BookPage Best Book of the Year

During her treatment for cancer, Mary Anne Schwalbe and her son Will spent many hours sitting in waiting rooms together. To pass the time, they would talk about the books they were reading. Once, by chance, they read the same book at the same time—and an informal book club of two was born. Through their wide-ranging reading, Will and Mary Anne—and we, their fellow readers—are reminded how books can be comforting, astonishing, and illuminating, changing the way that we feel about and interact with the world around us.

An Entertainment Weekly and BookPage Best Book of the Year

During her treatment for cancer, Mary Anne Schwalbe and her son Will spent many hours sitting in waiting rooms together. To pass the time, they would talk about the books they were reading. Once, by chance, they read the same book at the same time—and an informal book club of two was born. Through their wide-ranging reading, Will and Mary Anne—and we, their fellow readers—are reminded how books can be comforting, astonishing, and illuminating, changing the way that we feel about and interact with the world around us. A profoundly moving memoir of caregiving, mourning, and love—The End of Your Life Book Club is also about the joy of reading, and the ways that joy is multiplied when we share it with others. 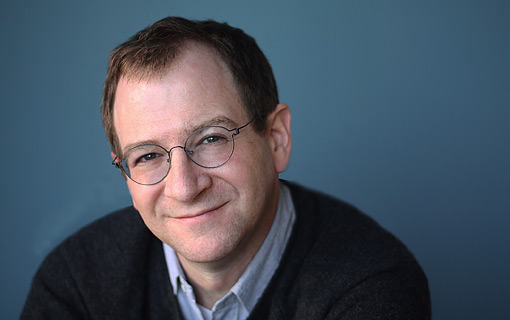 Will Schwalbe has worked in publishing (most recently as senior vice president and editor in chief of Hyperion Books); digital media, as the founder and CEO of Cookstr.com; and as a journalist, writing for various publications including The New York Times and the South China Morning Post. He is on the boards of Yale University Press and the Kingsborough Community College Foundation. He is the coauthor, with David Shipley, of Send: Why People Email So Badly and How to Do It Better.

“A wonderful book about wonderful books and mothers and sons and the enduring braid between them. Like the printed volumes it celebrates, this story will stay with you long after the last page.”—Mitch Albom, author of Tuesdays with Morrie and The Time Keeper

“A graceful, affecting testament to a mother and a life well lived.”—Entertainment Weekly

“Schwalbe . . . highlights not just how relevant but how integral literature can be to life.”—The Washington Post

“[This] book is robust with love and laughter.”—Chicago Tribune

1. Does this book have a central theme? What is it?

2. Why does Mary Anne always read a book’s ending first? How does this reflect her character?

3. Early in the book, Will writes, “I wanted to learn more about my mother’s life and the choices she’d made, so I often steered the conversation there. She had an agenda of her own, as she almost always did. It took me some time, and some help, to figure it out.” (page 6) What was Mary Anne’s agenda?

5. Throughout the book, Will talks about books as symbols and sources of hope. How has reading books served a similar function for you?

6. While reading A Thousand Splendid Suns, Will and Mary Anne discuss three kinds of fateful choices: “the ones characters make knowing that they can never be undone; the ones they make thinking they can but learn they can’t; and the ones they make thinking they can’t and only later come to understand, when it’s too late, when ‘nothing can be undone,’ that they could have.” (page 41) What kind of choices did Mary Anne make during her cancer treatment? Did she or Will make any of the third type?

7. Mary Anne especially liked a passage from Gilead by Marilynne Robinson: “When you encounter another person, when you have dealings with anyone at all, it is as if a question is being put to you. So you must think, What is the Lord asking of me in this moment, in this situation?” (page 96) Why do you think this moved her so much? What did it mean to Will?

8. How does religious belief help Mary Anne? How do you think it might have helped Will?

9. Mary Anne doesn’t believe her travels to war-torn countries were brave: “I wanted to go to all those places, so how could that be brave? The people I’m talking about, they did things they didn’t want to do because they felt they had to, or because they thought it was the right thing to do.” (page 167) In what ways is Mary Anne brave during her cancer treatments? Does she ever come to think of herself as brave?

10. Will is amazed by his mother’s ability to continue her efforts to fund the library in Afghanistan even while facing a death sentence, until he realizes that “she used her emotions to motivate her and help her concentrate. The emphasis for her was always on doing what needed to be done. I had to learn this lesson while she was still there to teach me.” (page 194) Did Will learn? What makes you think so?

11. Why did Mary Anne become so intent on certain things happening: Obama’s election, David Rohde’s safe return? Will talks about his own “magical thinking” several times in the book—what form do you think Mary Anne’s took?

12. “We’re all in the end-of-our-life book club, whether we acknowledge it or not; each book we read may well be the last, each conversation the final one.” (page 281) How did this realization affect Will’s final days with his mom?

13. After she dies, Will looks at Mary Anne’s copy of Daily Strength for Daily Needs, next to the bed. He believes this quote from John Ruskin was the last thing his mother ever read: “If you do not wish for His kingdom, don’t pray for it. But if you do, you must do more than pray for it; you must work for it.” (page 321) How did Mary Anne work for it throughout her life? Do you think Will found solace in this passage?

14. Several times in the book, Will talks about eBooks versus their physical counterparts. Why does he prefer one to the other? Does Mary Anne agree? If you read this book on an eReader, how do you think it affected your experience?

15. Which of the books discussed by Will and Mary Anne have you read? Which do you most want to read?