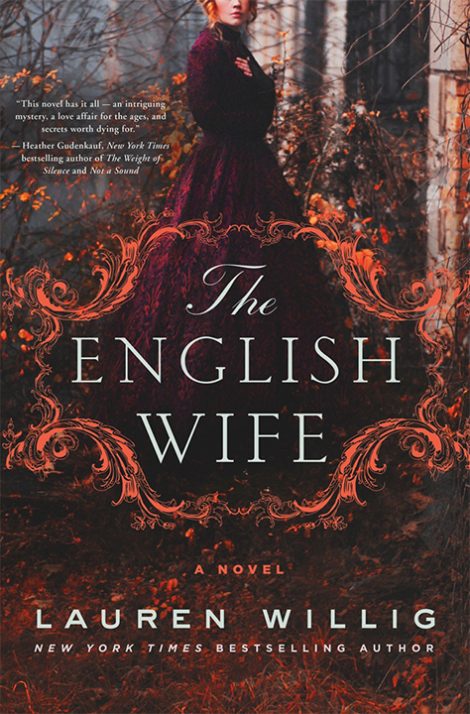 Annabelle and Bayard Van Duyvil live a charmed life in New York. Then Bayard is found dead with a knife in his chest on the night of their Twelfth Night Ball, Annabelle goes missing, presumed drowned, and the papers go mad. Bay’s sister, Janie, forms an unlikely alliance with a reporter to try to uncover the truth, convinced that Bay would never have killed his wife, that it must be a third party,

Annabelle and Bayard Van Duyvil live a charmed life in New York. Then Bayard is found dead with a knife in his chest on the night of their Twelfth Night Ball, Annabelle goes missing, presumed drowned, and the papers go mad. Bay’s sister, Janie, forms an unlikely alliance with a reporter to try to uncover the truth, convinced that Bay would never have killed his wife, that it must be a third party, but the more she learns about her brother and his wife, the more everything she thought she knew about them starts to unravel. 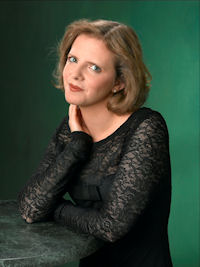 Lauren Willig is also the author of the New York Times bestselling Pink Carnation series and a RITA Award-winner for Best Regency Historical for The Mischief of the Mistletoe. A graduate of Yale University, she has a graduate degree in English history from Harvard and a J.D. from Harvard Law School. She lives in New York City, where she now writes full time.

“A gorgeous gem of a novel.”—Karen White, New York Times bestselling author of The Night the Lights Went Out

“Willig has a knack for creating sympathetic characters and fully fleshed settings, adding some juicy plot twists to this atmospheric period piece.”—Kirkus Reviews

“A dark, romantic mystery full of twists and turns.”—Library Journal

1. The book opens with a series of rumors swirling around Annabelle Van Duyvil: because she’s English and doesn’t socialize, she must be a snob; because she has a close relationship with an architect, they must be having an affair. Have you ever leapt to conclusions about a person or situation, and then discovered you were wrong? Are there certain types of stories we tend to believe more readily because they fit our preconceived ideas? Why do you think that is?

2. Who did you identify with more, Janie or Georgie? Why?

3. Did you find Anne sympathetic or unsympathetic? Did your view of her change over the course of the book? Do you believe that Janie and Anne will find some sort of relationship once the truth is out, or will they revert to form?

4. At one point, Bay tries to explain to Georgie that Anne lashes out because she’s unhappy. In his eyes, that justifies her behavior. Do you agree? Have you ever had a friend or relative like Anne? How did you deal with that person?

5. What surprised you most about this story? Did you anticipate the plot twists, or did you think the story would take a different course?

6. Who did you think killed Bay?

7. At one point, Burke tells Janie, “It’s only in serial stories that murder is committed for fantastical causes. In real life, it always boils down to love or money—more often the latter than the former.” Do you agree with that?

8. When Bay and Georgie meet, Georgie is performing in a burlesque version of Shakespeare’s Twelfth Night. In Twelfth Night, a woman separated from her twin by a shipwreck finds it necessary to masquerade as a man, but falls in love with her employer, Orsino. Meanwhile, an heiress falls in love with the heroine, believing her to be a man. Do the references to Twelfth Night add anything to the story?

9. Several readers have classified The English Wife as a gothic novel, comparing it to Daphne DuMaurier’s Rebecca. How would you define “gothic”? Do you think The English Wife falls in that category?

10. Janie’s part of the story takes place during the brutally cold winter of 1899, culminating in a record-breaking blizzard. What role does the weather play in the story? Would the story have felt different if it had taken place in spring or summer? Do you find that the weather and season influence your actions and decisions?

11. The English Wife is set during the Gilded Age, a period of extreme affluence following the Civil War that stretched from roughly the 1860s to the first World War, during which the old families battled for supremacy against new money, and Mrs. Astor—herself one of the new people— famously set the tone with her “Four Hundred.” What did you think about this setting? Does it have relevance for us today?

12. The book hops around between several different locations: the mansions, printing presses, and girls’ clubs of Gilded Age Manhattan; the seedy world of London burlesque theatre; the salons of Belle Époque Paris; the glittering “cottages” of Newport; the pastoral pleasures of the Hudson Valley. Which of these settings appeals to you the most? Which would you most like to visit/learn more about?

13. Burke comes from a very different background than Janie. Do you believe they can be happy together despite that? Or is it their differences that draw them together? Do you believe opposites attract?

14. How would you characterize Georgie and Bay’s relationship? Is theirs a love match? What do you think makes a good marriage?

15. What do you believe happened to Georgie?