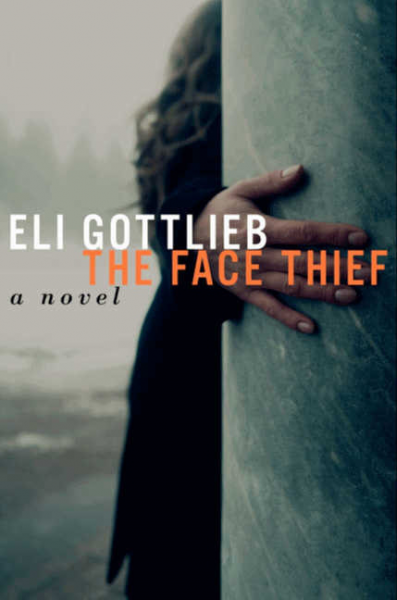 Eli Gottlieb’s previous novel, Now You See Him, was acclaimed by reviewers as “irresistible … moving” (New York Times Book Review), “a triumph…of literary suspense” (Los Angeles Times), and “gorgeous” (USA Today). With The Face Thief, he returns with a driving, compulsively readable novel that probes the wellsprings of human greed and loyalty beset by temptation.

Gottlieb introduces the mystery of the charismatic Margot, a promising journalist who morphs—with stunning panache—from a high-achieving affluent twentysomething into a grifter making her living preying on the weaknesses of men.

Eli Gottlieb’s previous novel, Now You See Him, was acclaimed by reviewers as “irresistible … moving” (New York Times Book Review), “a triumph…of literary suspense” (Los Angeles Times), and “gorgeous” (USA Today). With The Face Thief, he returns with a driving, compulsively readable novel that probes the wellsprings of human greed and loyalty beset by temptation.

Gottlieb introduces the mystery of the charismatic Margot, a promising journalist who morphs—with stunning panache—from a high-achieving affluent twentysomething into a grifter making her living preying on the weaknesses of men. Having studied the ancient Chinese art of face reading, she becomes an expert at reading people and is also able to rearrange her look and persona with uncanny skill to fit any social situation. She is an avenging angel, shattering marriages and draining bank accounts.

What drives her quest to deceive and disarm? Exploring this question, The Face Thief moves fluidly forward and back in time, drawing vivid portraits of Margot’s rocky childhood and her adult victims: an amiable, newly married man enticed into a catastrophic fraud; an esteemed teacher outwitted by his most dangerous student; and a well-meaning New York City cop tripped up by his belief in redemption.

Ingeniously constructed and exquisitely written, The Face Thief swirls a hypnotic dance of predator and prey, creating a contemporary landscape where the educated are violent, the beautiful ugly, and the well-intentioned hapless. And yet we never give way to despair, because the protagonists of the book push back against the maelstrom and attempt tirelessly to right their toppled lives. Rich in suspense, psychological depth, and nuance, The Face Thief confirms Gottlieb’s standing as “a master” (Denver Post) and, in the words of essayist Phillip Lopate, “an enthralling stylist who[se] . . . characters are shockingly, electrically alive.”

Eli Gottlieb’s New York Times Notable Book, The Boy Who Went Away, won the Rome Prize and the 1998 McKitterick Prize from the British Society of Authors. His second novel,Now You See Him, has been translated into eleven languages. He lives in New York City.

“Psychological depth and mystery cast in great sentences: the result is a suspenseful, beautifully achieved example of what happens when a serious novelist wants us to keep turning the pages.”—Francine Prose, New York Time bestselling author of My New American Life

“A dark libido animates this novel that can’t be resisted. The reward is an intimate literary encounter with a force that is beyond good and evil, and turns the mystical screws behind our unfathomable human destinies.”—Walter Kirn, author of Up in the Air and Lost in the Meritocracy

What does the title refer to—who is the Face Thief?

What does the novel’s opening tell you about Margot Lassiter? Who is she? Why is she so successful at what she does? What factors influenced her character and behavior? What ultimately drives her manipulation?

How did Margot view men? Do you think she would be as successful conning women? Do you think gender plays a role in her ability to seduce? How much would you say her effectiveness depended on sex—and how much tapped into some deeper human element?

How are men and woman each portrayed in The Face Thief? Use examples from the book to explain. How accurate do you think these portraits are?

Compare the three men involved with Margot. How did she reel each one in? Why was Potash so easily swayed by her? What about Lawrence? Why was Dan so protective of her, even when he was aware of her alleged crimes?

Through the course of the book, we see Margot work her skilled charms on several men. Why did these smart, experienced, and savvy men fall for her cons? If someone as skilled as Lawrence Billings, as sophisticated as John Potash, and as experienced as Dan France can be taken in, how can any other man resist her?

When Lawrence tells his wife, Glynnis, about Margot, do you think her reaction is appropriate? How serious was Lawrence’s transgression? Should he have told her earlier, given their past marital troubles? Would you say they Lawrence and Glynnis have a typical marriage?

In its review of The Face Thief, Publishers Weekly says, “Gottlieb provocatively explores human relationships and the lies we tell ourselves and each other.” Whydo we lie to ourselves? Why do we wear masks in the world? How would the world be different if we exposed our true faces?

According to Margot, “the real reason we have faces, is to hold back what we’re thinking from the world.” But is she right? Don’t most of us—albeit unconsciously—express what we think of the world on our faces? Isn’t that why she can get away with the things that she does?

What was Margot telling Lawrence in her last letter? Why did she thank him for what he did to her? Did he react the way she imagined he would when he received it? Did Margot truly love Lawrence? Do you think she’s even capable of such feelings? What drew her to him?

What impact did Margot ultimately have on the lives of the men whom she duped?

Were you satisfied with the ending? Should she be punished for what she’s done?