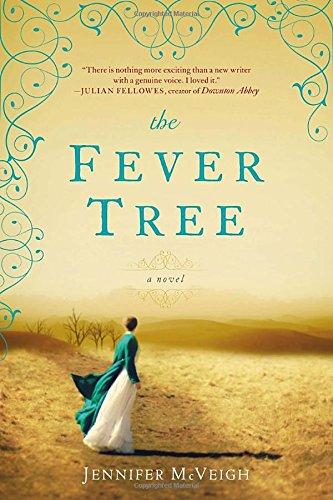 Frances Irvine, left destitute in the wake of her father’s sudden death, has been forced to abandon her life of wealth and privilege in London and emigrate to the Southern Cape of Africa. 1880 South Africa is a country torn apart by greed. In this remote and inhospitable land she becomes entangled with two very different men—one driven by ambition, the other by his ideals. Only when the rumor of a smallpox epidemic takes her into the dark heart of the diamond mines does she see her path to happiness.

But this is a ruthless world of avarice and exploitation,

Frances Irvine, left destitute in the wake of her father’s sudden death, has been forced to abandon her life of wealth and privilege in London and emigrate to the Southern Cape of Africa. 1880 South Africa is a country torn apart by greed. In this remote and inhospitable land she becomes entangled with two very different men—one driven by ambition, the other by his ideals. Only when the rumor of a smallpox epidemic takes her into the dark heart of the diamond mines does she see her path to happiness.

But this is a ruthless world of avarice and exploitation, where the spoils of the rich come at a terrible human cost and powerful men will go to any lengths to keep the mines in operation. Removed from civilization and disillusioned by her isolation, Frances must choose between passion and integrity, a decision that has devastating consequences.

The Fever Tree is a compelling portrait of colonial South Africa, its raw beauty and deprivation alive in equal measure. But above all it is a love story about how—just when we need it most—fear can blind us to the truth.

Jennifer McVeigh graduated from Oxford University in 2002 with a First in English Literature. She went on to work in film, television, radio, and publishing before giving up her day job to write fiction. The Fever Tree is her first novel.

“There is nothing more exciting than a new writer with a genuine voice. I loved it.”—Julian Fellowes, creator of Downton Abbey

“Debut author Jennifer McVeigh has created a fully realized sensory tour of 19th-century South Africa: You feel the grit of each dust storm, taste the mealie Frances chokes down, hear the cicadas scraping through the heat-parched air along with Frances’ plaintive piano playing. Against this desperate backdrop is an exploration of the vicissitudes of passion, the brutality of imperialism and the diamond trade’s deeply racist beginnings. Though the book is a page-turner of the ‘who will she choose?’ variety right until the end, the most fascinating strand of the story is Frances, and her struggles to come to terms with her new ideas about society, marriage, family and love.”—Oprah.com

“Fabulous … this debut novel displays real power. McVeigh brings alive the diamond mines, the boom-or-bust frenzy created by instant wealth, the hostility between the Dutch-speaking Boers and the new British colonists. It also conveys the arid beauty of the sun-drenched terrain with its spiders, snakes and meerkats. Most of all, McVeigh captures how greed and racism blinded whites to the savage mistreatment of the black Africans being robbed of their land and its wealth. History has rarely been more vividly presented.”—USA Today

“McVeigh’s distinctive first novel is a lush, sweeping take of willful self-deception. . . . [t]he sensory detail and sweep of the novel are exquisite, particularly for a debut.”—Publishers Weekly

Early in the novel, Frances looks into the Wardian case in her uncle’s house and sees the ferns pressed against the glass “as though appealing for escape.” She realizes that “the glass case offered protection—the ferns wouldn’t last a minute exposed to the pollution of London air—but it would also, eventually, suffocate them.” What is the significance of this image?

In the first chapter, Edwin Matthews admits that he has never liked domesticated plants. He describes Mr. Irvine’s roses as “monstrosities—deviations from their true form in nature.” Frances reminds him of this conversation in a climactic scene toward the end of the novel when she compares herself to her father’s domesticated roses, unable to survive in the wild. Discuss the motif of “monstrous” domestication in the novel, and its importance to the book as a whole.

Frances is an outsider, rejected by her uncle’s family and dismissed by society. To what extent is her desire to belong responsible for the decisions she makes? Can you forgive her for her mistakes?

Frances describes the women traveling with the Female Middle Class Emigration Society as “cargo being shipped for export. Women without choices.” How do you feel about the limited choices presented to women in the novel? In what ways has society changed in the last 130 years?

Racial prejudice is a constant theme in the novel. The Irish, the Jews, the Boers, and the Africans are all discriminated against. What motivates the various forms of discrimination? What did the novel teach you about racial politics in the nineteenth century? How do these attitudes make you feel about Victorian culture?

William Westbrook justifies the presence of English speculators in Africa as “the nature of history, of progress.” How convincing is he when he wants to be, and why? What—if any—moral code does he live by?

The novel hinges on a misunderstanding: Frances’s belief that Edwin was desperate to marry her. When Edwin tells her the truth, she is stunned. Were you surprised as a reader? What impact did the revelation have on how you felt about both Edwin and Frances? And how does it bring about a shift in power between the two characters?

When Frances discovers the truth about William and her own responsibility for Mariella’s death, McVeigh writes, “it was as if she had woken from a fairy tale and found herself in a world that was starker and more brutal than she could ever have imagined; a world in which she would be held to account.” Discuss the significance of the fairy–tale simile here. For what will Frances be held to account?

What is the importance of the landscape of the Karoo in the novel? How does it test Frances? What is the nature and significance of its beauty?

Frances tells Edwin about a dream she has, in which a cutting from a tree at Rietfontein has shriveled up into a spiny knot of thorns. “I was upset,” she says, “because it was no longer alive and somehow it was my fault.” What it is the meaning of the dream, and why is she so devastated?

In his article for The Diamond Field, Edwin writes: “There is a cancer at the heart of the Europeans’ relationship with Africa, and its nature is self–interest.” What did you find most shocking about the history of diamond mining in South Africa, as it is set out in the book? How relevant is Edwin’s statement today?

Discuss the symbolic importance of the fever tree in the novel.