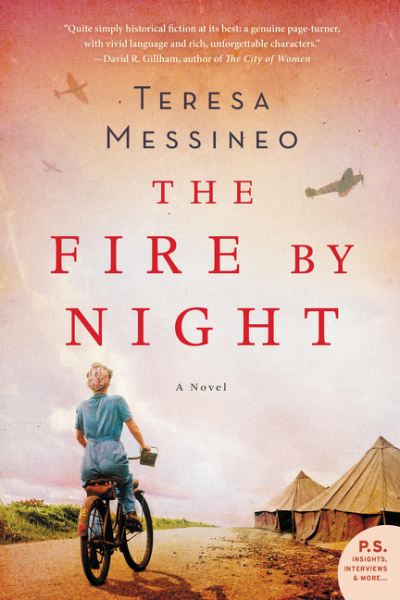 THE FIRE BY NIGHT

A powerful and evocative debut novel about two American military nurses during World War II that illuminates the unsung heroism of women who risked their lives in the fight—a riveting saga of friendship, valor, sacrifice, and survival combining the grit and selflessness of Band of Brothers with the emotional resonance of The Nightingale.

In war-torn France, Jo McMahon, an Italian-Irish girl from the tenements of Brooklyn, tends to six seriously wounded soldiers in a makeshift medical unit. Enemy bombs have destroyed her hospital convoy, and now Jo singlehandedly struggles to keep her patients and herself alive in a cramped and freezing tent close to German troops.

A powerful and evocative debut novel about two American military nurses during World War II that illuminates the unsung heroism of women who risked their lives in the fight—a riveting saga of friendship, valor, sacrifice, and survival combining the grit and selflessness of Band of Brothers with the emotional resonance of The Nightingale.

In war-torn France, Jo McMahon, an Italian-Irish girl from the tenements of Brooklyn, tends to six seriously wounded soldiers in a makeshift medical unit. Enemy bombs have destroyed her hospital convoy, and now Jo singlehandedly struggles to keep her patients and herself alive in a cramped and freezing tent close to German troops. There is a growing tenderness between her and one of her patients, a Scottish officer, but Jo’s heart is seared by the pain of all she has lost and seen. Nearing her breaking point, she fights to hold on to joyful memories of the past, to the times she shared with her best friend, Kay, whom she met in nursing school.

Half a world away in the Pacific, Kay is trapped in a squalid Japanese POW camp in Manila, one of thousands of Allied men, women, and children whose fates rest in the hands of a sadistic enemy. Far from the familiar safety of the small Pennsylvania coal town of her childhood, Kay clings to memories of her happy days posted in Hawaii, and the handsome flyer who swept her off her feet in the weeks before Pearl Harbor. Surrounded by cruelty and death, Kay battles to maintain her sanity and save lives as best she can . . . and live to see her beloved friend Jo once more.

When the conflict at last comes to an end, Jo and Kay discover that to achieve their own peace, they must find their place—and the hope of love—in a world that’s forever changed. With rich, superbly researched detail, Teresa Messineo’s thrilling novel brings to life the pain and uncertainty of war and the sustaining power of love and friendship, and illuminates the lives of the women who risked everything to save others during a horrifying time. 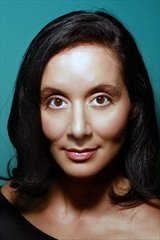 Teresa Messineo spent seven years researching the history behind The Fire by Night,her first novel. She is a graduate of DeSales University, and her varied interests include homeschooling her four children, volunteering with the underprivileged, medicine, swing dancing, and competitive athletics. She lives in Reading, Pennsylvania.

“A luminous once-in-a-lifetime story of war, love, loss and the enduring grace of the human spirit. I can’t remember the last time I was so deeply moved by a novel. You must read this book!”—Lauren Willig, author of the Pink Carnation series and The Other Daughter

“The Fire By Night is quite simply historical fiction at its best: a genuine page-turner, with vivid language and rich, unforgettable characters. But more than that, it’s a startling anthem to the service and sacrifice of women in World War II.”—David Gilham, author of The City of Women

1. When the novel opens, we learn that Jo and her fellow nurses—women in their 20s—have gone gray and lost teeth due to malnutrition as they’ve been deployed all over Europe and Africa. Were the nurses’ hardships surprising to you? How do you compare them to the hardships of the soldiers they care for?

2. When Kay and the other nurses hide extra vials of morphine into their curls, we learn why: “they thought of the Rape of Nanking, and what happened to those hundreds, thousands of women and girls, young girls, at the hands of the Japanese—and they fastened in another hairpin.” This despite the fact that many believe suicide to be a sin. What did you think about this last resort?

3. Kay thinks “I should have stayed with you, Jo, we were stronger together…We could face anything together.” How do the nurses’ relationships with other nurses sustain them during the war? How does Jo draw on those relationships for sustenance, even though she is utterly isolated in France? How does this compare to the “band of brothers” formed by soldiers during World War II?

4. “Nothing was sad anymore. [Jo] had shut herself off—or the part of herself that had been lovable, that had been her, she had shut that off. This woman might have cheated death, but had not won life in the process.” Is this emotional shutdown necessary for survival? Do Jo and Kay eventually recover?

5. Kay sees an emaciated nurse at Santo Tomas carefully apply lipstick, and thinks “How had she made the grubby thing last all this time? Who cared how she looked?” Why do you think the nurse continues to apply lipstick while she is starving in an internment camp?

6. How are the usual roles of chaplain and soldier reversed when Jo hears Father Hook’s story? What do you make of her thought afterwards that “the only thing she was sure of was that she had just acted as a nurse. That had been important”?

7. Why does Jo react so strongly when Clark brings in the dead body of the German soldier whose wound she had dressed, and who had kissed her? What do you make of Clark? Is he a villain even though he is a fellow American?

8. The epigraph of the novel is from the Book of Exodus, and Kay recites it as her ordeal in Santo Tomas is about to end: “The Lord was going before them…in a pillar of fire by night to give them light, that they might travel by day and night.” Why does Kay think of that passage? What does the pillar of fire refer to in that moment? Why did the author choose the title of this novel from those lines?

9. Why does Jo choose to work in the laundry room of a hotel after the war? How does it help her reckon with everything she experienced?

10. When so many other nurses go back to civilian life after the war, Kay chooses to become a career army nurse. Why does Kay double down on the military and patriotic service when Jo chooses an entirely different post-war life? Which would you have chosen?

11. What do you think happens to Kay and Jo in the years after this novel?