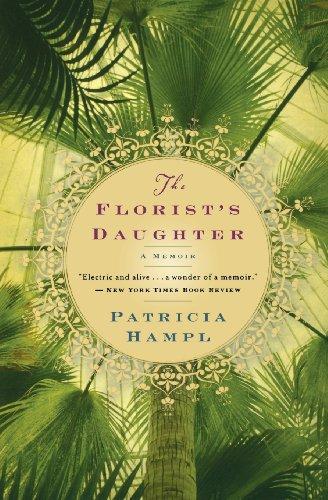 During the long farewell of her mother’s dying, Patricia Hampl revisits her Midwestern girlhood. Daughter of a debonair Czech father, whose floral work gave him entre into St. Paul society, and a distrustful Irishwoman with an uncanny ability to tell a tale, Hampl remained, primarily and passionately, a daughter well into adulthood. She traces the arc of faithfulness and struggle that comes with that role from the postwar years past the turbulent sixties. The Florist’s Daughter is a tribute to the ardor of supposedly ordinary people. Its concerns reach beyond a single life to achieve a historic testament to midcentury middle America.

During the long farewell of her mother’s dying, Patricia Hampl revisits her Midwestern girlhood. Daughter of a debonair Czech father, whose floral work gave him entre into St. Paul society, and a distrustful Irishwoman with an uncanny ability to tell a tale, Hampl remained, primarily and passionately, a daughter well into adulthood. She traces the arc of faithfulness and struggle that comes with that role from the postwar years past the turbulent sixties. The Florist’s Daughter is a tribute to the ardor of supposedly ordinary people. Its concerns reach beyond a single life to achieve a historic testament to midcentury middle America. At the heart of this book is the humble passion of people who struggled out of the Depression into a better chance, not only for themselves but for the common good. Widely recognized as one of our most masterful memoirists, Patricia Hampl has written her most intimate, yet most universal, work to date.

Patricia Hampl is the author of four memoirs—A Romantic Education, Virgin Time, I Could Tell You Stories, and Blue Arabesque—and two collections of poetry. She has received a MacArthur Fellowship, among many other awards. She lives in St. Paul, Minnesota.

“A memoir for memoirists to admire–with language that pierces.”—Kirkus Reviews

“The Florist’s Daughter is a magical book. Patricia Hampl’s compassionate sense of history and understanding of human nature is matched only by the crystalline poetry of her words.” — Thrifty Umigar, author of The Space Between Us and First Darling of the Morning

“With her enchanting prose and transcendent vision, she is indeed a florist’s daughter—a purveyor of beauty—as well as a careful, tablet-wielding investigator, ever contemplative, measured and patient in her charge.”—Publishers Weekly

“Patricia Hampl writes the best memoirs of any writer in the English language. The Florist’s Daughter is her third memoir and her best by far—her first two were fabulous but she gets better with each book. But here is what I love about Patricia Hampl: Sentence for sentence she writes the best prose of any American writer, period. The rest of us cannot touch her.”—Pat Conroy, author of My Losing Season and Beach Music

In the opening of The Florist’s Daughter, Hampl weaves scenes of the past with images of the long good-bye she shares with her aged mother. How do these opening scenes affect you? Why is this storytelling style so powerful?

What were the most significant values that Hampl’s parents tried to impart to her? Which of their values had a lasting impact? Which ones became outdated?

How would you characterize the author’s relationship with her brother? In what ways are their personalities different? What bonds do they share near the end of their parents’ lives? What distinctions did the Hampls make between the way sons and daughters should be raised?

Discuss the symbolic role of flowers throughout the memoir. What is special about Mr. Hampl’s line of work? How was his outlook on life shaped by his being a dealer of roses sent to lovers or luxurious splashes of annuals installed in upper-class flower beds? Did he understand how to nurture people as well as he nurtured plants?

What aspects of the small-business world described in The Florist’s Daughter have vanished? Has the culture of employees changed much? How would the problem of the Christmas swindler be resolved in the twenty-first century?

Though united by Catholicism and a young romance, Hampl’s parents overcame differences in culture and temperament to forge a lasting marriage. In what ways did they complete one another? What might the author mean at the end of chapter four, when she writes that “unlike Mother adrift in her airy nothings, [my father] was happier outside of language. . . . He brought this silence, an aura of quiet, to the flowers he arranged. But he didn’t arrange them. It was himself he arranged”?

Hampl’s father made several unlucky decisions, such as the year he tried to sell expensive imported crèches but (as Leo the Lion predicted) faced a problem with the theft of baby Jesuses. Was Mr. Hampl too much of a romantic to be successful in business, or is financial success a result of other factors?

At the end of chapter five, the author describes her mother as learning “to level the world with a strangely knowing mistrust, an ice chip of irony on her slouched shoulder,” while “my father wants me to stay as she was, caught in the romance of innocence.” Was Hampl protected from reality? To what extent do most parents try to recapture their own pasts through their children?

Discuss the various communities Hampl describes in the St. Paul of her youth. Which groups had the most power? What was the role of religion in shaping a person’s standing in the community? Over the last few decades in the Midwest, have these distinctions dissolved into a uniform American identity?

Hampl recalls her father’s perspective on the value of an education. What generation gaps were revealed when she went to college? What turning points did she experience in her family during this bridge to adulthood?

Discuss the experience of becoming the “parent” to aging parents. When Hampl asks the doctor to treat her mother “like a sixteen-year-old who’s just crashed on her boyfriend’s motorcycle,” what is she hoping for? What aspects of her parents’ personalities did not fade? Consider scenes such as the one in which Hampl’s father decides to purchase a new car rather than go into hospice care.

In the memoir’s closing sections, we are presented with thoughts about what could have been. Hampl even discovers the possibility that when her father was a young man he might have loved another girl more than the one he married. Why is it important to maintain myths about our parents? What is the best way to resolve the differences between a child’s recollections of her mother and father and the parents’ memories of themselves?

How do your memories of your parents compare to those captured in this memoir? If you were to write a similar series of recollections, which locations, images, and realizations would figure most prominently?

What threads does Hampl weave through each of her memoirs? In what ways does The Florist’s Daughter enhance your appreciation for the other chapters of her life?