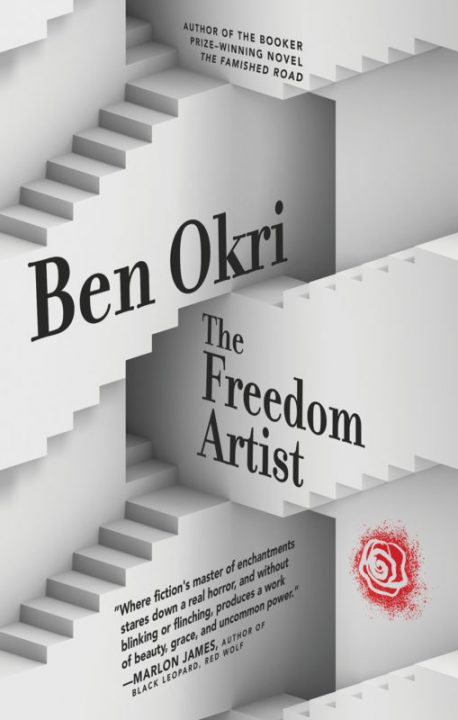 In a world uncomfortably like our own, a young woman called Amalantis is arrested for asking a question. Her question is this: Who is the Prisoner?

When Amalantis disappears, her lover Karnak goes looking for her. He searches desperately at first, then with a growing realization that to find Amalantis, he must first understand the meaning of her question.

Karnak’s search leads him into a terrifying world of deception, oppression, and fear at the heart of which lies the prison. Then Karnak discovers that he is not the only one looking for the truth.

In a world uncomfortably like our own, a young woman called Amalantis is arrested for asking a question. Her question is this: Who is the Prisoner?

When Amalantis disappears, her lover Karnak goes looking for her. He searches desperately at first, then with a growing realization that to find Amalantis, he must first understand the meaning of her question.

Karnak’s search leads him into a terrifying world of deception, oppression, and fear at the heart of which lies the prison. Then Karnak discovers that he is not the only one looking for the truth.

The Freedom Artist is an impassioned plea for justice and a penetrating examination of how freedom is threatened in a post-truth society. In Ben Okri’s most significant novel since the Booker Prize–winning The Famished Road, he delivers a powerful and haunting call to arms. 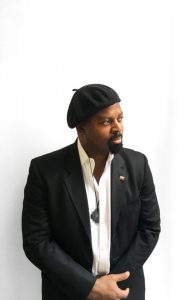 Ben Okri was born in Minna, Nigeria. His childhood was divided between Nigeria, where he saw firsthand the consequences of war, and London. He won the Booker Prize in 1991 for The Famished Road. He has published eleven novels, four volumes of short stories, four books of essays, and four collections of poems. His work has been translated into more than twenty-five languages. He also writes plays and screenplays. He is a fellow of the Royal Society of Literature, a vice president of English PEN, and has been awarded the OBE as well as numerous international prizes and honorary doctorates.

“In Okri’s dystopian version of our reality, the world is a totalitarian state, ruled by an anonymous but powerful authority known as the Hierarchy. When a woman goes missing after painting a simple question—’Who is the prisoner?’—on a public wall, her lover sets out to find (and hopefully save) her. His journey takes him through a dismal landscape, inhabited by people terrified of—but also resisting—their subjugation.”—BuzzFeed, one of BuzzFeed’s Most Anticipated Books of 2020

“Man Booker–winner Okri’s modern allegory specifies and beautifully renders the impact on the human spirit when people are deprived of history and truth. Written with a striking simplicity that belies the significance of its message, Okri’s tale is especially resonant in our current post-truth environment.” —Booklist, starred review

“Haunting and inspiring . . . In this story of political abuse and existential angst, Okri employs a powerful and rare style reminiscent of free verse and evoking a mythical timbre. This is a vibrantly immediate and penetrating novel of ideas.” —Publishers Weekly, starred review

“Like George Orwell and Margaret Atwood before him, the Booker Prize–winning Okri writes a passionate cri de coeur, a clarion call to activists everywhere to resist apathy and recognize that we are all on this beautiful globe together and that it is ours to lose.” —Library Journal

“Okri’s somber, fablelike novel is a call to rally against oppressive institutions and for broader social consciousness. In that regard, it’s an inheritor of The Handmaid’s Tale, Fahrenheit 451, and Things Fall Apart . . . Okri’s writing is sturdy and graceful, fully inhabiting the authoritative tone of mythmaking.” —Kirkus Reviews

“The Freedom Artist is a fable-like allegory set in a dystopian future in which the ‘Hierarchy’ is dominant, the citizens trapped and muted, except sometimes when they are heard screaming in their sleep. It is through this world that Karnak must travel to find his lover, who has been arrested for asking the question: ‘Who is the prisoner?’”
—Literary Hub, one of the Most Anticipated Books of 2020

“Where fiction’s master of enchantments stares down a real horror, and without blinking or flinching, produces a work of beauty, grace, and uncommon power.” —Marlon James, author of Black Leopard, Red Wolf

A Song of Freedom: PW Talks with Ben Okri

In Okri’s The Freedom Artist (Akashic, Feb.), a man searches for a woman imprisoned after asking revolutionary questions in a dystopian world.

What inspired this book?

As I’ve watched the world and watched people, it’s occurred to me that we carry prisons in our consciousness. These may be prisons of gender, race, class, art, literature, or prisons of ideas about how to run the world. I’ve long wanted to articulate this persistent feeling, but events in recent years, like what has happened here in Britain, or what happened back in Nigeria during the Civil War, crystallized it for me.

What made you structure a political story around myth?

I wanted to tell the story of how power works on us by manipulating our myths. Politicians are most effective when they manipulate the deep myths that run inside of us, that move us and motivate us without our being aware of it. People who were good neighbors one day suddenly became warmongering and vicious and nasty to their neighbors overnight, because they were moved by this deep under-swell of myth.

Did you intend a message for readers?

I wouldn’t call it a message, I would call it a song—or maybe even an inflection. There’s really no point in telling a story if it’s not going to speak on all the levels of our being. The story operates on two planes, the personal and the spiritual, with Karnak looking for his girlfriend, lost to him because she asked a simple question, and Mirababa going through an initiation into the spirit of liberty. We don’t really begin to ask questions about the things that blind us and the things that manipulate us, the things that chain us without beginning to ask those deep questions until the question also become spiritual. This enchaining, this imprisonment, it’s not just the intellect. It’s only when the deep spirit asks questions that we’re moved to a big quest for true freedom.

How are the existential themes introduced by the narrator important to the story?

I’ve always wanted to tell the story of the body and the story of the spirit in our difficult times in one book. The intellect can get in the way of our emotional, spiritual, and even personal questions—the questions we need to ask. What’s needed is an awakening of the whole man and woman. All the different parts of us. Our bodies, emotions, and soul. We need to come up close to the fire of our current destiny and have this existential awakening.