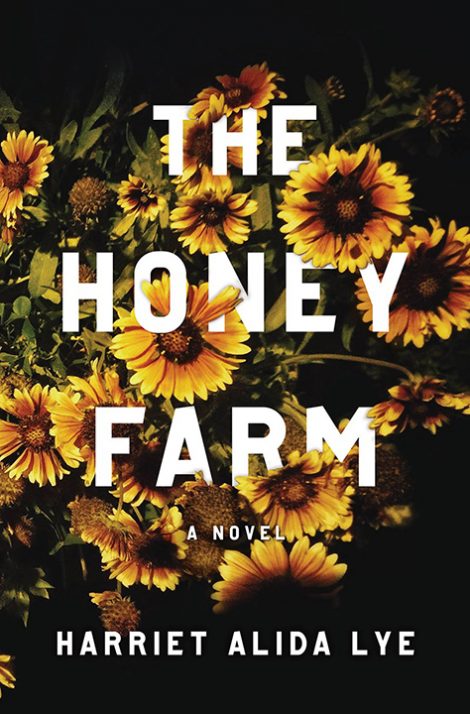 The drought has discontented the bees. Soil dries into sand; honeycomb stiffens into wax. But Cynthia knows how to breathe life back into her farm: offer it as an artists’ colony with free room, board, and “life experience” in exchange for backbreaking labor. Silvia, a wide-eyed graduate and would-be poet, and Ibrahim, a painter distracted by constant inspiration, are drawn to Cynthia’s offer, and soon, to each other.

But something lies beneath the surface. The Edenic farm is plagued by events that strike Silvia as ominous: taps run red,

The drought has discontented the bees. Soil dries into sand; honeycomb stiffens into wax. But Cynthia knows how to breathe life back into her farm: offer it as an artists’ colony with free room, board, and “life experience” in exchange for backbreaking labor. Silvia, a wide-eyed graduate and would-be poet, and Ibrahim, a painter distracted by constant inspiration, are drawn to Cynthia’s offer, and soon, to each other.

But something lies beneath the surface. The Edenic farm is plagued by events that strike Silvia as ominous: taps run red, scalps itch with lice, frogs swarm the pond. One by one, the other residents leave. As summer tenses into autumn, Cynthia’s shadowed past is revealed and Silvia becomes increasingly paralyzed by doubt. Building to a shocking conclusion, The Honey Farm announces the arrival of a bold new voice and offers a thrilling portrait of creation and possession in the natural world. 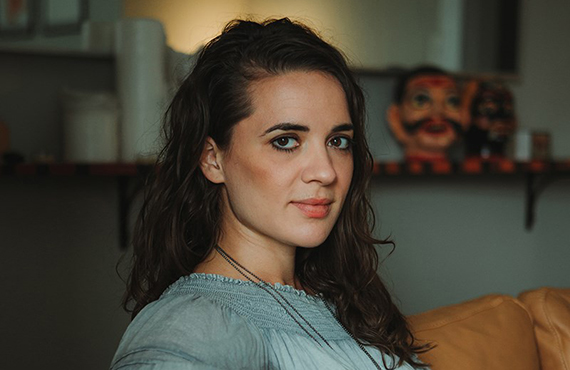 Harriet Alida Lye lives in Toronto with her dog Fox. Her essays have been published in VICE, Hazlitt, the Happy Reader, the National Post, and more, and she was a writer-in-residence at Shakespeare & Company in Paris. The Honey Farm is her first novel.

“Lush, poetic. . . . Each lyrical line feels like a gift left at the reader’s altar. A honey-mouthed debut ruminating on creation, possession, and faith.”—Kirkus Reviews

“Mysterious, suspenseful, and unnerving, The Honey Farm offers a thrilling narrative that examines the distorted realities and conflicting perceptions that often exist in the quietest places.”—Iain Reid, bestselling author of I’m Thinking of Ending Things

Listen. It starts with the bees.

All day long the low, throttling hum of movement, the moment of liftoff—the bass note that never goes away. Then, swelling from the sidelines as day falls, comes the digital tick of tobacco-brown crickets—percussion—chkchking like an automated sprinkler, chrpchrping like needy birds. In come the fiddling grasshoppers—strings—from the balcony of trees, birch, poplar, and pine, followed by the lazy, peripatetic buzz of a fly. The high whine of mosquitos—the fugue—soars above the rest.

You will not be able to hear the bees whispering, and you would not understand their secrets even if you could. What you will hear is a hungry, unearthly cringe: the rub of wings as they fly. A science—no, a magic—that you will never know. The sticky slurp of suction, nectar, thirst, sex. It is nothing at all like love.

Open mouth. Blood on the teeth.

It starts with the bees, and it’ll end this way too.

Go up to this land that flows with milk and honey.

But I will not travel among you, for you are a

stubborn and rebellious people. If I did,

I would surely destroy you along the way.

The honey farm was in a valley in the northeastern part of the province, not far from the old river mouth. Islanded between Timmins on the Ontario side, La Sarre on the Quebec side, and the Abitibi Indian Reserve to the northwest, the farm was in the middle of a logistical no-man’s land. The nearest town was Smooth Rock Falls (population: 1,316 at last count).

Though the region was not particularly known for its agriculture, the farm had always done well. However, that spring there had been a terrible drought, the worst in recorded history. Everyone suffered. The flowers were desiccated. The bees were restless.

Cynthia was the proprietor of the honey farm—she’d purchased the land about a dozen years ago. She had worked it, and worked hard, to make the cold, pebble-dashed plot yield more than anyone would have expected. She kept her dark hair cropped sensibly short, making her neck look even longer. Meeting her for the first time, you might be reminded of a tidy, highly polished operating theatre.

Cynthia had scatter-bombed specially made advertisements in an attempt to recruit extra hands to help during these tough times. The drought had made sand of her soil, wax of her honeycombs. She needed reinforcements; Hartford, her assistant, was not enough.

The idea was that people would work for free in exchange for room, board, and “life experience.” Cynthia had asked Hartford to find relevant blogs and websites on which to post her ad. For the newspapers, she selected only those in cities and large towns, mostly the provincial capitals and their peripheries, and none in the surrounding area. Nobody from the villages in the region could be fooled into such a scheme. The ads promoted the farm as an artists’ retreat, with a bonus: a chance to learn the apicultural trade.

“We’ve had twelve so far.” Hartford hovered in the doorframe of the honey house—wood-panelled, warmly lit—not wanting to disrupt Cynthia at work.

“Terrific,” Cynthia said, without turning around. “Let’s take them all.” She put down the jar of honey she’d been labelling and turned to reach for the stack of forms Hartford was holding.

“What did you expect?” She laughed. “At least artists don’t expect to get paid.” She took a large swig from an unlabelled beer bottle. “This drought is only going to get worse—we’ll need all the help we can get.” She started flicking through the papers, searching for something, she didn’t yet know what.

After a moment Hartford said, as a last resort, “But where will they sleep?”

“You’ll clean out the rooms up in the attic and we’ll get futon mattresses from . . . from that place, you know, that place in Timmins filled with junk.”

“Oh come on, Hartford, the secondhand shops filled with evangelists where you can buy old tea towels and household—”

“The Salvation fucking Army, yes, that’s it!” Cynthia’s eyes were slightly farther apart than was proportional, and when she became angry, her eyeballs bulged and her likeness to an amphibian grew stronger.

“Where’s the twelfth?” Cynthia asked, flicking through the pages.

“Oh.” Hartford reluctantly handed over the final form, including the optional photo the applicant had chosen to send in along with the paperwork.

He’d held it aside for reasons he was sure Cynthia would understand. “A writer from Halifax, but she doesn’t seem to have much . . .” He faltered, found his feet again. “I mean, she’s not published or anything, and as it’s so far away I didn’t think she’d want to—”

“That’s her choice, isn’t it?” Cynthia spoke lightly, and then her eyes landed on the photo. “I see,” she said, her voice changing. “Well, it will be good to have more people around.” She stared at the photo; Hartford stared at her.

There used to be a river that ran into the valley. The remaining conduit still rippled with now-frozen fluidity, the memory of its function forever dictating its form. This was thousands of years ago. Now there was no water: there were wells. These days the river bypassed the region entirely, and instead of riffling around the north, it diverted directly south, towards the centre of the province.

In the old hollow where the river once ran, ridges of sand drew topographical maps in the weedy ridges; fish had had to grow legs, becoming salamanders, newts, and toads. The word amphibian means, etymologically, “both sides of life.”

The town had not yet accommodated this season’s sudden drought. Patterns hadn’t changed. No research had been conducted into ways either to find more water or to use less. This was partly because there was still hope, but primarily because the infrastructure did not exist. Wells, like habits, run deep. Cynthia was intent on changing this.