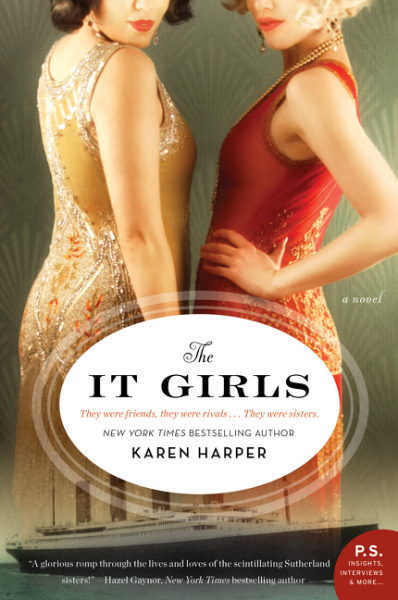 One sailed the Titanic and started a fashion empire . . .
The other overtook Hollywood and scandalized the world . . .
Together, they were unstoppable.

They rose from genteel poverty, two beautiful sisters, ambitious, witty, seductive. Elinor and Lucy Sutherland are at once each other’s fiercest supporters and most vicious critics.

Lucy transformed herself into Lucile, the daring fashion designer who revolutionized the industry with her flirtatious gowns and brazen self-promotion. And when she married Sir Cosmo Duff-Gordon her life seemed to be a fairy tale.

One sailed the Titanic and started a fashion empire . . .
The other overtook Hollywood and scandalized the world . . .
Together, they were unstoppable.

They rose from genteel poverty, two beautiful sisters, ambitious, witty, seductive. Elinor and Lucy Sutherland are at once each other’s fiercest supporters and most vicious critics.

Lucy transformed herself into Lucile, the daring fashion designer who revolutionized the industry with her flirtatious gowns and brazen self-promotion. And when she married Sir Cosmo Duff-Gordon her life seemed to be a fairy tale. But success came at many costs—to her marriage and to her children . . . and then came the fateful night of April 14, 1912 and the scandal that followed.

Elinor’s novels titillate readers, and it’s even asked in polite drawing rooms if you would like to “sin with Elinor Glyn?” Her work pushes the boundaries of what’s acceptable; her foray into the glittering new world of Hollywood turns her into a world-wide phenomenon. But although she writes of passion, the true love she longs for eludes her.

But despite quarrels and misunderstandings, distance and destiny, there is no bond stronger than that of the two sisters—confidants, friends, rivals and the two “It Girls” of their day. 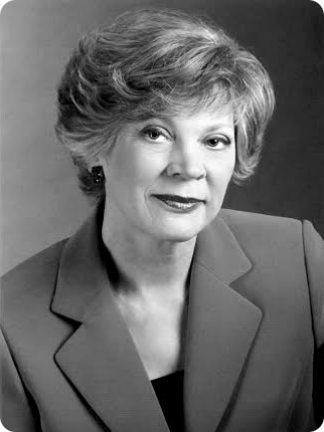 New York Times and USA Today bestselling author Karen Harper is a former Ohio State University instructor and high school English teacher. Published since 1982, she writes contemporary suspense and historical novels about real British women. Two of her recent Tudor-era books were bestsellers in the UK and Russia. Harper won the Mary Higgins Clark Award for Dark Angel, and her novel Shattered Secrets was judged one of the best books of the year by Suspense Magazine.

“The It Girls is a glorious romp through the lives and loves of the scintillating Sutherland sisters. Karen Harper does a wonderful job of bringing Lucile and Elinor to life in this richly imagined and impeccably researched novel. Readers who enjoy historical fiction are in for a treat!” — Hazel Gaynor, New York Times bestselling author of The Girl Who Came Home

“[…] fans of Kathleen Tessaro and Penny Vincenzi will enjoy the layers of intrigue and the sweeping plot. Harper’s ability to shift between raw ambition and tender compromise makes this family-focused novel a genuine delight.”—Booklist

1. The status and struggles of women were different in the late Victorian and Edwardian eras.  How do Lucile and Elinor both triumph but also pay the price for pushing the envelop in their careers?

2. Take another look at the two quotes by the Sutherland sisters at the end of the Author’s Note.  Would those statements be true today or are they dated?  What single inspirational statement or piece of advice would you share about a woman’s journey through life today?

3. The acquaintances and friends of the Sutherland sisters are a “who’s who” of two continents.  Of the various famous people who figure in the story, who would make a good central character for a novel of his or her own?  And have you read a book or seen a movie on one of these secondary characters?

4. The concept of “It” as being a charismatic character trait is still around today.  It is first mentioned in Chapter 8 of this novel, and most people associate it with Clara Bow.  Do you know or have you known someone who emanates “It”?  How or why did they stand out to you?  And how would you explain that personality phenomenon to someone who hears it for the first time?  Do all famous people have some sort of “It” today?

5. Both Elinor and Lord Curzon had derogatory doggerel written about them.  Was this the negative social media attack of that day?  What other social pressures are mentioned in the novel?  And how does the “press” of that day compare to our media?

6. The novel illustrates that sisters can be a blessing or a curse.  Why didn’t the Sutherland sisters get on at times?  Have you observed or experienced similar two-edged family dynamics in your own life or that of others?  Have you read fiction or nonfiction about other “sister acts”?

7. It has long been noted that women who lose their fathers early may later tend to gravitate to older men.  Lucile and Elinor lost their father early; they didn’t really remember him, and he was kept alive and young through their mother’s memories.  Have you seen women try to replace a loved and lost parent in their lives?

8. The traditional concept of “romance” (meaning not just a love story) played a part in the lives and careers of both Lucile and Elinor.  Did their clinging to their ideal of “romance” (based on chivalry and adventure with the idealized woman on a pedestal) help or hurt them in their careers as designer and novelist?

9. Who are the noted women today who are “leaning in” and breaking barriers through unique careers or endeavors?  Do they have it easier or harder than women in the past?  (And do they have “It”?)

10. As a reader, what do you think of historical novels that are what Alex Hailey, the author of Roots, dubbed “faction”—that is, a well-researched novel about real people that has fictional scenes and dialogue and some invented characters?  Does faction work in a way a straight history book would not?

11. Do you agree with Elinor or Lucile about whether to read the end of a novel first before investing hours in reading it?  Have you ever done that or have you known others who did?  What were their reasons?