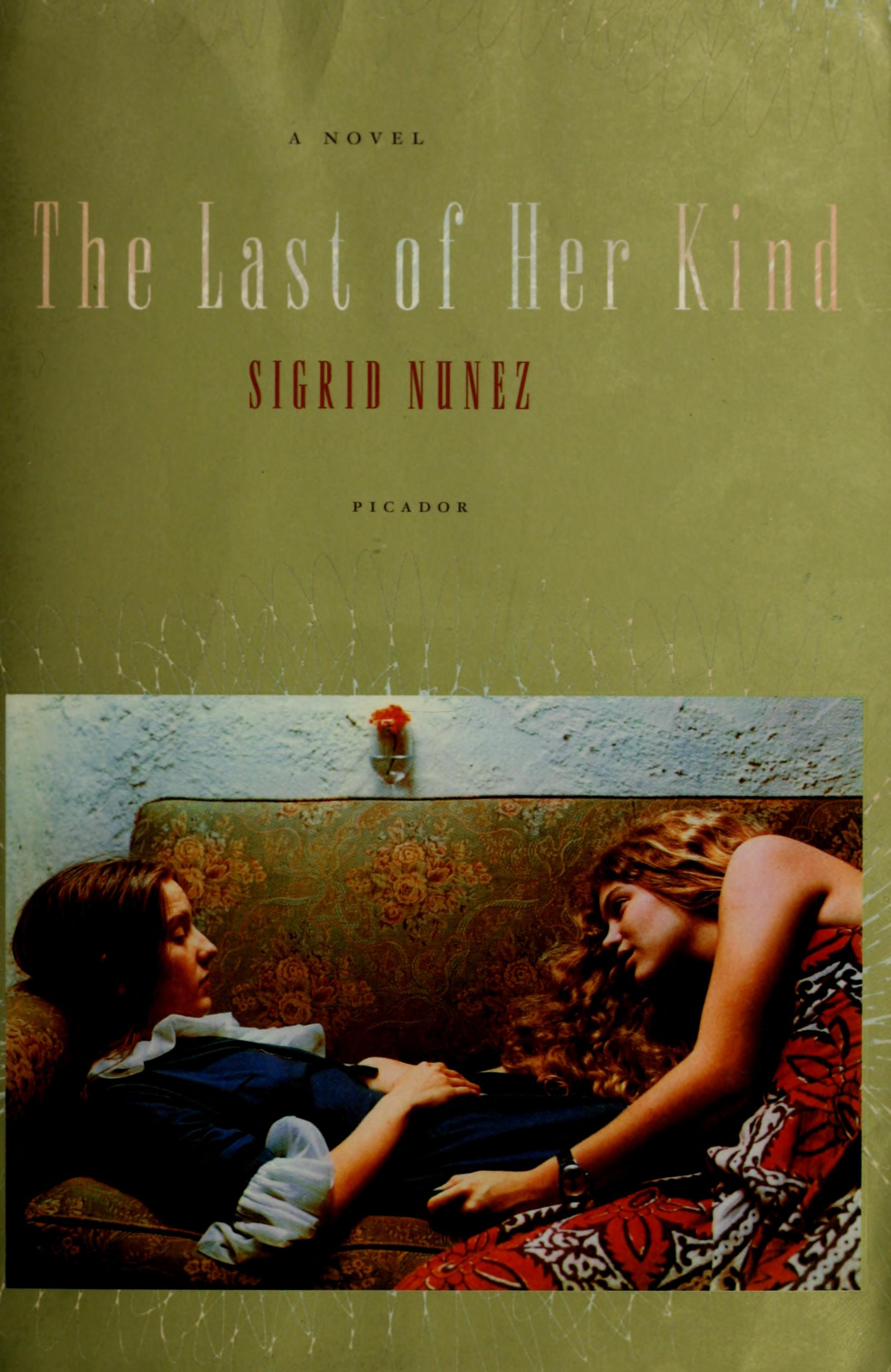 THE LAST OF HER KIND

Ann Drayton and Georgette George meet as freshmen roommates at Barnard College in 1968. Ann, who comes from a wealthy New England family, is brilliant and idealistic. Georgette, who comes from a bleak town in upstate New York, is mystified by Ann’s romanticization of the underprivileged class, which Georgette herself is hoping college will enable her to escape. An intense and difficult friendship is born.

Years after a fight ends their friendship, Ann is convicted of a violent crime. As Georgette struggles to understand what has happened, she is led back to their shared history and to an examination of the revolutionary era in which the two women came of age.

Ann Drayton and Georgette George meet as freshmen roommates at Barnard College in 1968. Ann, who comes from a wealthy New England family, is brilliant and idealistic. Georgette, who comes from a bleak town in upstate New York, is mystified by Ann’s romanticization of the underprivileged class, which Georgette herself is hoping college will enable her to escape. An intense and difficult friendship is born.

Years after a fight ends their friendship, Ann is convicted of a violent crime. As Georgette struggles to understand what has happened, she is led back to their shared history and to an examination of the revolutionary era in which the two women came of age. Only now does she discover how much her early encounter with this extraordinary, complicated woman has determined her own path in life, and why, after all this time, as she tells us, “I have never stopped thinking about her.”

Sigrid Nunez is the author of four novels including A Feather on the Breath of God and For Rouenna. She has received a Whiting Writers’ Award, the Rome Prize in Literature, and a Berlin Prize Fellowship. She lives in New York City.

“A brilliant, dazzling, daring novel. Nunez has taken the old American dream and stood it on its head.”—The Boston Globe

“A compelling account of the 1960s and their aftermath, a carefully written and discerning narrative with closely drawn portraits of two prototypical yet unique women trying to construct a friendship across an unbridgeable class divide.”
—The New York Times Book Review

“A masterful construction of the troubled conscience of the era and its aftermath.”—Kirkus Review

“This is a novel about idealism and also about race relations, class, madness, rock music, and the true nature of love. It’s a tribute to the skill and sensitivity of author Sigrid Nunez that The Last of Her Kind has something revelatory to say about each of these subjects. Decades from now, historians would do well to consult this book to get a true sense of how the upheavals of the late 1960s reverberated through the lives of young Americans from one who experienced this social earthquake firsthand.”—The Baltimore Sun

The Last of Her Kind is partly about the special bond that can form between young people who meet when they leave home for college. In what ways is the relationship between Georgette George and Ann Drayton typical of such friendships? In what ways is it different? Are there characteristics about it that seem to you to belong specifically to friendships between women? How well do you feel Georgette and Ann understand each other as friends?

Issues of race and class are major themes in this novel. As you read about the big fight that ends Georgette and Ann’s friendship, did you find yourself taking sides? Do you believe, as Ann does, that Georgette’s comment about Kwame’s blue eyes is racist? Does this final rupture seem inevitable to you, or do you see a way the friendship could have been saved?

After Ann’s murder trial, one juror remarks: “She just did not seem to like white folks.” What is your view of Ann’s obsession with “white skin privilege,” and how has it shaped her life? What do you think her parents could have done to help her come to terms with her burden of guilt as she was growing up? What would you say they did wrong?

When Georgette is raped, she deals with it in a way that is described as not unusual for the era, the late sixties, in which it occurred. Years later, when she talks about that experience to a group of young women, they appear shocked by her attitude and suggest that she’s in denial about the violence done to her. What is your assessment of Georgette’s behavior at the time of the rape and later, when she looks back on it?

Consider the attorney Lester Prysock’s arguments in Ann’s defense. How forceful do you find them? How persuasive do you think he is when he uses Ann’s childhood to explain aspects of her adult behavior? According to Georgette’s friend Cleo, Ann “just wanted to kill someone.” Do you believe this? How persuasive do you find the defense’s argument about the role of “the N word” in this crime?

Georgette insists that it’s wrong to compare Ann with Patty Hearst, as so many people in the novel do. Why does Ann herself vehemently reject the comparison? How do you imagine she would distinguish herself from Hearst or from other political radicals, such as the Weathermen? What does she have in common with such people?

It is undeniable that Ann was in an extremely difficult position when she shot at the police officers. Can you imagine how you might have felt in her place? What do you think would have been the right thing to do? Can there be any justification for the shooting? Do you think the punishment Ann receives is just? How does Ann’s prison mate’s story help illuminate the mystery of Ann’s extraordinary character?

Georgette speaks of her guilt at having turned her back on her home and family. Is this guilt justified? Under what circumstances do you think a person is justified in abandoning his or her family? Do you think Georgette sees her own past clearly? How do you see Georgette’s relationship with her sister, Solange?

Do you think Turner and Georgette have a moral obligation to tell Ann about their love affair? How do you view Turner’s reasons for leaving Georgette and the way he goes about it?

Ann’s life story has been described as “tragicomic.” What do you think this means? Many people would say that she had ruined or wasted her life. Do you agree? Discuss the ways the various characters in the novel set about searching to make “a good life” for themselves. How does each one define this goal? Which characters seem to you to have been most successful in finding what they were looking for?