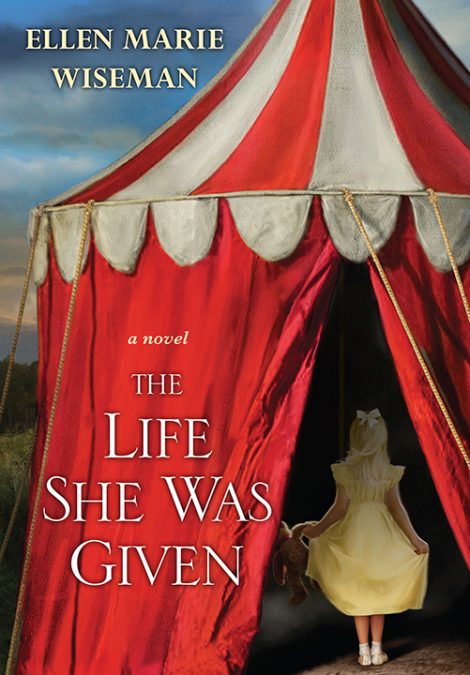 THE LIFE SHE WAS GIVEN

On a summer evening in 1931, Lilly Blackwood’s mother grabs her from her attic bedroom and takes her outside for the first time in her life. At nine years old, she has never seen the other rooms of her home, let alone smelled the outdoors. Her mother claims to keep her caged for her own protection—that people would be horrified if they saw what she looked like. But on this unforgettable night, Lilly’s mother expels her from her attic sanctuary. And sells her to the traveling circus sideshow.

On a summer evening in 1931, Lilly Blackwood’s mother grabs her from her attic bedroom and takes her outside for the first time in her life. At nine years old, she has never seen the other rooms of her home, let alone smelled the outdoors. Her mother claims to keep her caged for her own protection—that people would be horrified if they saw what she looked like. But on this unforgettable night, Lilly’s mother expels her from her attic sanctuary. And sells her to the traveling circus sideshow.

More than two decades later, nineteen-year-old Julia Blackwood is finally orphaned. Estranged from her parents and living on her own, she returns to her family’s estate and horse farm and becomes immersed in a mystery involving a hidden attic room and photos of circus scenes featuring a striking young albino girl… 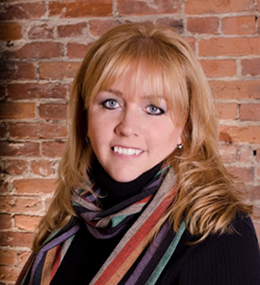 Ellen Marie Wiseman was born and raised in Three Mile Bay, a tiny hamlet in Northern New York. Her debut novel, The Plum Tree, was published in 2013 and received much praise for its depiction of WWII. Her second novel, What She Left Behind, released in 2014 and was named a Huffington Post Best Books of Summer. She has since gone on to have her novels published in 16 territories and 17 languages. A mother of two, Ellen lives peacefully on the shores of Lake Ontario with her husband and three dogs.

“Switching back and forth in time and narration from Lilly to Julia, Wiseman has crafted a can’t-put-it-down novel of family secrets involving two young girls who only seek to be loved. Perfect for book clubs and readers who admired Sara Gruen’s Like Water for Elephants.”—Library Journal (Starred Review)

“The Life She was Given is a vibrant maze of desires. The sharp divide between expectations and painful truths, mothers and daughters, past and present, culminate in a sensational finale.”—ForeWord Reviews

“Wiseman excels at creating an atmosphere…Her characters are all vividly drawn and complex, especially Lilly’s abusive mother, Coralline. But at the heart of Wiseman’s tale of loss and redemption are Lilly and Julia, connected in spirit by their determination to overcome years of pain and sorrow. Fans of Karen White and Sara Gruen will be drawn in by the drama and mystery of Wiseman’s novel.”—BookPage

1. In the beginning of the book, Lilly has never stepped foot outside the attic of Blackwood Manor. Yet she dreams of escaping and exploring the outside world. What effect do you think being locked up for the first ten years of her life had on her? Do you think it’s possible for a child in that situation to develop normally? When Momma finally lets her out, Lilly is frightened and wants to return to the attic. Why do you think she feels that way?

2. Julia was brought up believing bad things would happen if she didn’t behave. What effect do you think that belief had on her relationships with other people? Do you think she was a people pleaser? Why or why not? How do you think she changed over the course of the novel? What were the most important events that facilitated those changes?

3. Momma is strict, cold, and physically abusive. But even after she sells Lilly to the circus sideshow, Lilly still loves and misses her. Do you think that’s realistic? Why or why not?

4. Julia can’t help but study the interactions between mothers and daughters. She is drawn to watching people who clearly love each other, especially parents and their children whose faces light up with affection and recognition of their unconditional love. She wonders what that feels like. How do you think that fascination with parental love affected her decisions concerning the horses at Blackwood Farm? What events revealed how she felt about them?

7. How long did it take for you to figure out what was “wrong” with Lilly? Were you surprised when you learned the truth? What do you think the real reason was behind Momma’s decision to sell Lilly to the sideshow? Was it money, or something else?

8. When Momma takes Lilly out of the house the first time, she gives her a jacket despite the fact that she’s selling her to the circus and it’s a warm summer night. Why do you think she does it? What do you think it means, if anything? What do you think would have happened to Lilly if she had been able to get away from Momma that night? Would she have survived? How?

10. Lilly feels like she has a lot in common with the circus animals. Why do you think that is? What does she have in common with Pepper? What about Jojo? Is there a difference between what she has in common with each of them?

12. Claude knew the truth about Lilly all along. Why do you think he kept it a secret? Do you agree with his reasoning? What would you have done if you saw Momma taking Lilly into the woods, then coming back without her? What do you think made Claude change his mind about telling Julia the truth? How did you feel about him in the beginning of the book? How did you feel about him at the end?

13. Lilly goes from being locked in an attic to performing in front of thousands of people. What fears did she need to conquer to make that transition? What other changes did she make to survive in the circus? What aspects of her earlier life do you think were hardest for her to overcome?

14. In the 1870’s, P.T. Barnum was one of the first showmen to take a collection of oddities and human marvels on the road with his circus. Back then, the sideshow created quite a sensation and became a popular form of entertainment. In the heyday of the sideshow, human curiosities were respected as the bread and butter of the circus, and revered all over the world. The freaks were royalty, not victims or monsters. Certainly there was exploitation, as in the case of Daisy and Violet Hilton, Siamese twins who were kept in a cage, beaten, and passed down in their aunt’s estate like a piece of old jewelry. But for the most part, the sideshow provided the opportunity for people who couldn’t make a living in the traditional ways to stand on their own two feet, instead of slowly dying in institutions. Eventually the appeal of sideshows declined due to various factors, including increased medical knowledge, political correctness, and the belief that disease and abnormalities should evoke pity rather than wonder. Have you ever been to a sideshow? How did it make you feel? What do you think of people brave enough to expose their vulnerabilities to the world? If you were born with an anomaly or deformity, would you be willing to let people stare at you to make a living?

15. What did you think of Lilly’s father when you first met him? How did your perception of him change over the course of the book? What could he have done differently? He attends the circus once a year to see Lilly, but she never knows he’s there. How did you feel when he showed up in her tent? Were you surprised by his confession at the end of the story?

16. Pepper is based on a real elephant, Mary, who was hanged by the neck from a railcar-mounted industrial crane in 1916 for killing an inexperienced trainer after he prodded her behind the ear with a hook when she reached down to nibble on a watermelon rind. The first attempt to hang Mary resulted in a snapped chain, causing Mary to fall and break her hip as dozens of children fled in terror. The gravely wounded elephant died during a second attempt at execution and was buried beside the tracks. A veterinarian examined Mary after

the hanging and determined she had a severely infected tooth in the precise spot where the trainer had prodded her. When Pepper kills Merrick for trying to take Jojo, Lilly is devastated because she knows Pepper is going to be punished. She hates the fact that people get mad at animals for acting like animals. Her worst fears come true when the crowd wants Pepper killed and Mr. Barlow makes the decision to execute her. Do you think animals should be killed for injuring or killing humans? Does it depend on the circumstance, for instance, if an animal is being caged, forced to perform, or a human threatens the animal’s young or encroaches on its territory? Do you think it’s okay to kill an animal based solely on its potential to be dangerous?