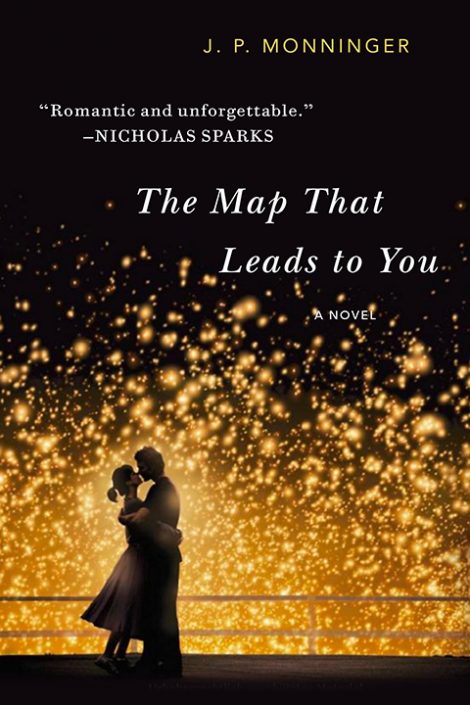 THE MAP THAT LEADS TO YOU

Heather Mulgrew’s world is already mapped out: she is going to travel abroad with her friends after college, come back to a great career in September, and head into a life where not much is left to chance. But that was before an encounter on an overnight train introduces her to Jack, a passionate adventurer who changes the course of her journey and her life.

Heather Mulgrew’s world is already mapped out: she is going to travel abroad with her friends after college, come back to a great career in September, and head into a life where not much is left to chance. But that was before an encounter on an overnight train introduces her to Jack, a passionate adventurer who changes the course of her journey and her life.

Throwing Heather’s careful itinerary to the wind, they follow Jack’s grandfather’s journal through post-World War II era Europe: Vienna, Budapest, Turkey—exotic places that serve only to heighten their feelings. As September looms, Jack urges Heather to stay with him, to keep traveling, to give in to the romance of their experience; Heather convinces him to return to the United States.

Jack has a secret that could change everything. And Heather’s world is about to be shaken to the core.

The Map That Leads to You is a breathtaking novel about love, loss, and the best-laid plans that are meant to be broken. 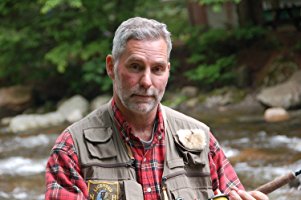 J.P. Monninger, author of The Map that Leads to You, is an award-winning writer in New England and Professor of English at Plymouth State University.

“Monninger’s debut novel will strike a chord with fans of Nicholas Sparks’ sweeping and sentimental tales.”—Booklist

“JP Monninger has written a beautiful novel about the joys of friendship, the risk of romantic love and the power of a secret to unravel a future that appears to offer every possibility of happiness. This is a story about the people who make us who we are, what we keep and lose along the way, and who we decide to become when we design the map of our lives leaving an open path for surprise and wonder.”–Adriana Trigiani

“Monninger’s writing spoke to the part of my soul that yearns to be a free-spirit. I fell in love with this story again and again.”–Jamie McGuire

1. In what ways is this not only a romantic love story but also a love story about friendship?

2. On page 107, Heather explains the meaning that she, Amy, and Constance have given to the word true. What in your life is true in this way?

3. We first meet Heather’s parents through phone calls and text messages. What was your first impression of them? Did your impression change after they were introduced in person once Heather was back in America?

4. When Heather becomes overwhelmed while looking at Johannes Vermeer’s The Milkmaid she explains that it was the “pursuit of the simple and sublime, and it hurt my heart a little to let it inside me.” What does she mean by this? Have you ever experienced a similar feeling?

5. When Heather and Jack have their first fight about New York Heather accuses Jack of wanting to hurt her with his words. Do you think this is true? In a later argument Jack accuses Heather of trading in freedom for security. Why do you think Jack said what he did? Who did you find yourself siding with during their arguments?

6. Of all the places that Jack and Heather go and the adventures that they have, which were your favorites? Which scenes stood out to you the most?

7. What was your reaction when Jack abandoned Heather at the airport? Were you surprised, or did you see clues that this might happen earlier in the novel?

8. Were you surprised by Raef’s revelation to Heather at the wedding? Did you have any guesses as to where Raef and Jack had gone that day in Paris before Raef revealed the truth?

9. On page 369, Heather observes that, “Hemingway celebrated death in life; the Surva Festival asked for life in death. It made a difference, somehow, but I could not yet determine what that might be.” What does Heather mean by this? What do you think the difference is? How do we see these ideas reflected throughout the novel?

10. What was your reaction to the end of the novel? What do you imagine to happen for Heather and Jack after the Surva Festival?

Here’s the thing: the rest of it wouldn’t have happened if the train to Amsterdam hadn’t been crowded. It was that kind of obnoxious crowded, with everyone greedy for space, everyone annoyed that the train was overbooked and jammed, so I kept my head down once I had a seat, and I tried not to look up. I was reading The Sun Also Rises, which is a cliché, of course—recent college grad reading Hemingway on her first trip to Europe with her two friends—but I didn’t care. I had already made Constance and Amy drink coffee and cognac at Les Deux Magots, and I had walked the Left Bank in Paris and sat with the pigeons alone in the Jardin du Luxembourg. I didn’t want to leave Paris. I didn’t want to leave its wide boulevards, the men playing boules in the Tuileries, the cafés, the harsh swallows of strong coffee, the funny little horns on the scooters, the paintings and museums and the rich crêpes. I didn’t want to leave the early mornings when the café workers swept the cobblestones and rinsed down their areas with black hoses and silver water, or the evenings, either, when sometimes you smelled smoke, or chestnuts, and the old men with the long fishing poles sat on their three-legged stools and threw their lines baited with maggots into the Seine. I didn’t want to leave the booksellers along the river, the moldy stalls lined with old, yellowed books, the landscape painters who came and spread their oils across stretched canvas, attempting to capture what could never be captured but only hinted at, turned into a ghost of what the city held. I didn’t want to leave Shakespeare & Co., the English bookstore, the echo, the long, long echo of Hemingway and Fitzgerald, of nights splashing in the Ritz fountain, or squinty-eyed Joyce nibbling through his prose like a mouse hungry for print. I didn’t want to leave the gargoyles, either, the surprising, watchful stone eyes staring down from cathedrals, from Notre Dame and a hundred other churches, their white faces sometimes streaked with mysterious black, as if stone could hold tears and release them over centuries.

They say you can never leave Paris; that it must leave you if it chooses to go.

I tried to take Paris with me. In Paris, I had read A Moveable Feast, and A Farewell to Arms, and Death in the Afternoon. I had them all on my iPad, a mini-Hemingway portable library, and although I was traveling with Constance and Amy, I was also traveling with Hemingway.

So I read. It was late. I was in Europe and had been for two and a half weeks. I was on my way to Amsterdam. Constance fell asleep next to me—she was reading The Lives of the Saints and was on her own spiritual journey to read and see everything she could about saints, and to see every statue or representation of saints, which fed her special passion and the subject of her senior thesis, hagiography—and Amy stuck her head over the seat behind me and began chatting up a Polish guy named Victor. Victor smelled like sardines and wore a fatigue jacket, but Amy kept elbowing me a little when he said something she thought was cute, and her voice got that singsongy flirtatiousness that meant she was roping a guy and tying him up. Victor was good looking and charming, with a voice that made him sound vaguely like Dracula, and Amy, I saw, had hopes.

That’s where everything stood when Jack appeared.

“Could you hold this?” he asked.

I didn’t look up. I didn’t understand he meant me.

Then he pushed a backpack against my shoulder.

I looked up. I saw Jack for the first time.

“What?” I asked, aware one of us should have looked away by now.

He was gorgeous. He was actually more than gorgeous. He was big, for one thing, maybe six foot three and well built. He wore an olive fleece and blue jeans, and the way they hung on him made the combination look like the most interesting outfit anyone had ever thought to wear. Someone or something had broken his nose a long time ago, and it had healed in an apostrophe shape. He had good teeth and a smile that started in dimples just an instant before he knew it was going to start. His hair was black and curly, but not ’Fro-ish, just Dead Poet-y. I noticed his hands, too; they were large and heavy, as though he wasn’t afraid to work with them, and he reminded me—just a little bit, just a bit, because it sounded silly to say it even to myself—of Hugh Jackman, the freaking Wolverine. This fellow looked insouciant—a stretch of a word but accurate nonetheless—a man who lived behind a wink that indicated he got the joke, was in on it, didn’t take it seriously, but expected you to go along with it. What that joke might be or how it counted in your life wasn’t quite clear, but it made the corners of my mouth rise a little in the ghost of a smile. I hated that he drew a smile out of me, even the reflex of a smile, and I tried to look down, but his eyes wouldn’t permit it. He dog stared me, humor just on the other side of his look, and I couldn’t resist hearing what he wanted next.

“Could you please hold this while I climb up?” he asked, extending the backpack again. His eyes stayed on mine.

He plunked his backpack on my lap. And I thought, You could have put it in the aisle, Wolverine boy. But then I watched him roll out his sleeping bag in a space he had cleared on the baggage rack across from me, and I had to admire his skill. I also had to admire his hindquarters, and the V of his back, and when he reached for his backpack, I looked down out of shyness and guilt.

He smiled. He put the backpack into the baggage rack as a pillow, then climbed up. He appeared too big to fit, but he wedged himself in and then took out a bungee cord and roped it around the supports so that he wouldn’t fall out if the train went around a bend.

He looked at me. Our eyes met again and held.