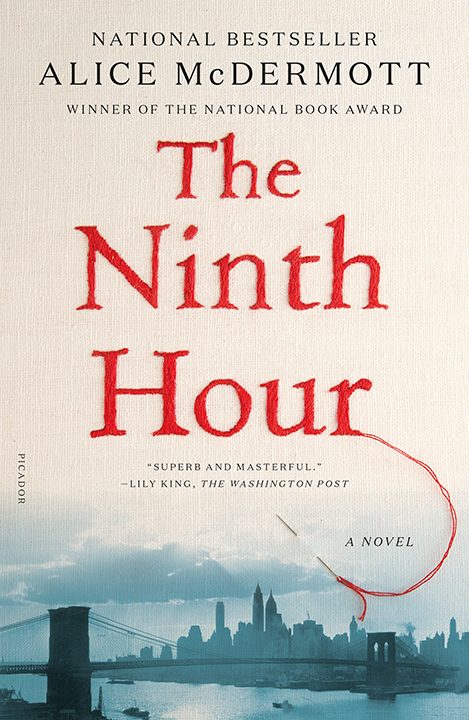 A magnificent new novel from one of America’s finest writers—a powerfully affecting story spanning the twentieth century of a widow and her daughter and the nuns who serve their Irish-American community in Brooklyn.

On a dim winter afternoon, a young Irish immigrant opens the gas taps in his Brooklyn tenement. He is determined to prove—to the subway bosses who have recently fired him, to his badgering, pregnant wife—“that the hours of his life belong to himself alone.” In the aftermath of the fire that follows, Sister St. Savior, an aging nun appears, unbidden, to direct the way forward for his widow and his unborn child.

A magnificent new novel from one of America’s finest writers—a powerfully affecting story spanning the twentieth century of a widow and her daughter and the nuns who serve their Irish-American community in Brooklyn.

On a dim winter afternoon, a young Irish immigrant opens the gas taps in his Brooklyn tenement. He is determined to prove—to the subway bosses who have recently fired him, to his badgering, pregnant wife—“that the hours of his life belong to himself alone.” In the aftermath of the fire that follows, Sister St. Savior, an aging nun appears, unbidden, to direct the way forward for his widow and his unborn child.

We begin deep inside Catholic Brooklyn, in the early part of the twentieth century. Decorum, superstition, and shame collude to erase the man’s brief existence. Yet his suicide, although never spoken of, reverberates through many lives and over the decades testing the limits and the demands of love and sacrifice, of forgiveness and forgetfulness, even through multiple generations.

The characters we meet, from Sally, the unborn baby at the beginning of the novel, who becomes the center of the story to the nuns whose personalities we come to know and love to the neighborhood families with whose lives they are entwined, are all rendered with extraordinary sympathy and McDermott’s trademark lucidity and intelligence. Alice McDermott’s The Ninth Hour is a crowning achievement by one of the premiere writers at work in America today. 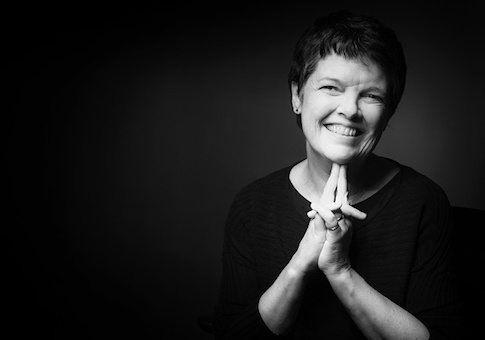 “McDermott has extended her range and deepened it, allowing for more darkness, more generous lashings of the spiritual . . . Vivid and arresting . . . Marvelously evocative.”—Mary Gordon, The New York Times Book Review

“Beautifully observed, quietly absorbing . . . This enveloping novel, too, is a tonic, if not a cure.”—Heller McAlpin, NPR

1. Despite his suicide in the opening pages, Annie’s husband, Jim, remains a presence throughout The Ninth Hour. He abandons his pregnant wife and defies the tenets of his faith to prove that “the hours of his life . . . belonged to himself alone.” How does Annie choose to remember him? How is his daughter, Sally, like him? When his grandchildren finally learn the truth about his death, what is their response?

2. How did Sister Lucy, Sister Jeanne, and Sister Illuminata each come to the convent of the Little Nursing Sisters of the Sick Poor, Congregation of Mary Before the Cross? How does the work each of them chose suit their talents and personalities? How do they differ in their beliefs about God and faith, sin and human weakness?

3. What wisdom do the old impart to the young? What is gained when older and younger characters connect with each other, as Sister St. Saviour with Annie when she is newly widowed? What is lost when they fail to connect, as Patrick Tierney’s father and grandfather?

4. Who are the people and what are the events that influence Sally’s character, values, and beliefs as she grows into adulthood? How is the girl who left for Chicago to enter the convent different from the girl who returns home the next day? What happens that changes her? What does she still have to learn that the nuns can’t teach her?

5. Sally and Patrick are infants the first time we see them together. Their mothers were introduced by Sister Lucy. Patrick has jokingly told his children that when he saw their mother riding in her baby carriage, he immediately said to himself, “There’s the girl I’ll marry.” Over the years, how do Annie and Liz Tierney support each other? As a young girl, how does Sally feel about Liz’s household? What kind of man is Patrick?

6. The Ninth Hour is as much a series of linked stories as it is one story told chronologically. How do the individual stories deal with themes such as truth, faith, motherhood, love, and sacrifice? What is the Ninth Hour, and how is it observed in the convent? What is its biblical meaning? Why might Alice McDermott have chosen it as her title?

7. The full name of the order to which the sisters belong and that Sally decides to join is the Little Nursing Sisters of the Sick Poor, Congregation of Mary Before the Cross, Stabat Mater. To Sister Jeanne, Stabat Mater symbolizes the triumph of love over brutality. To Sister Illuminata, it means that love applied to suffering is “like a clean cloth to a seeping wound.” Why is “Stabat Mater” the title of the chapter about Sally coming home from Chicago and discovering the truth about Annie and Mr. Costello?

8. What do we know about Sally and Patrick’s married life? What strengths and faults have each of them brought to their life together? What do we know about the lives of their children? Sister Jeanne remains close to the family into her old age. What is the “pernt” of the story she tells about Jeanne Jugan? What else does she teach the Tierney children?

9. In contrast to Sister Jeanne, Sister Lucy seems skeptical, pragmatic, and often disgruntled. “All joy was thin ice to Sister Lucy,” McDermott writes. But Sister Lucy is also a skilled nurse and a fierce advocate of people who are poor, sick, or mistreated. What does Sally learn from Sister Lucy, not only about nursing, but also about the human capacity for cruelty and kindness?

10. Who is Red Whelan? How does his fate reverberate down through the generations of the Tierney family? What are other examples of sacrifice?

11. Liz and Annie become close friends when their children are small, yet their lives are very different. What kind of Catholic is Liz Tierney? What is her opinion of the nuns? How are her beliefs and the practice of her faith not like Annie’s?

12. Sister Jeanne teaches the Tierney children that “God wants us to know the truth in all things,” yet there are many parts of their family story they do not know the truth about. Who are the truth tellers in the book? Who lies, embellishes, or withholds the truth? How does the family’s story change as it is told and retold? How might Patrick and Sally each tell the story of the day they fell in love?

13. What do the other characters think about Annie’s relationship with Mr. Costello? Why is she not dismissed from the convent laundry when the nuns learn of what they call her “indiscretion?” What are the different kinds of “hunger” in the chapter “A Tonic”? What is the tonic?

14. Is Mrs. Costello a pathetic or a sympathetic character? How does Sister Lucy feel about her? What are Sally’s motives for choosing to spend time with her? How is Sally changed by her death?

15. What is the sequence of events leading up to Mrs. Costello’s death? Does Sister Lucy believe that the nuns were doing the right thing by keeping her alive when she wanted to die? What does Sister Jeanne mean when she tells Sally, “God is fair. He knows the truth.” Why, years later, does Sister Jeanne tell Sally’s children that she has “lost heaven”?