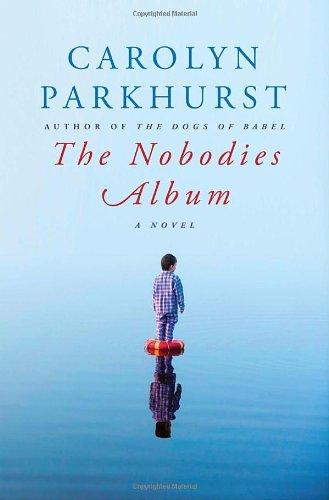 From the bestselling author of The Dogs of Babel comes a dazzling literary mystery about the lengths to which some people will go to rewrite their past.

Bestselling novelist Octavia Frost has just completed her latest book—a revolutionary novel in which she has rewritten the last chapters of all her previous books, removing clues about her personal life concealed within, especially a horrific tragedy that befell her family years ago.

On her way to deliver the manuscript to her editor, Octavia reads a news crawl in Times Square and learns that her rock-star son,

From the bestselling author of The Dogs of Babel comes a dazzling literary mystery about the lengths to which some people will go to rewrite their past.

Bestselling novelist Octavia Frost has just completed her latest book—a revolutionary novel in which she has rewritten the last chapters of all her previous books, removing clues about her personal life concealed within, especially a horrific tragedy that befell her family years ago.

On her way to deliver the manuscript to her editor, Octavia reads a news crawl in Times Square and learns that her rock-star son, Milo, has been arrested for murder. Though she and Milo haven’t spoken in years—an estrangement stemming from that tragic day—she drops everything to go to him.

The “last chapters” of Octavia’s novel are layered throughout The Nobodies Album—the scattered puzzle pieces to her and Milo’s dark and troubled past. Did she drive her son to murder? Did Milo murder anyone at all? And what exactly happened all those years ago? As the novel builds to a stunning reveal, Octavia must consider how this story will come to a close.

Universally praised for her candid explorations of the human psyche, Parkhurst delivers an emotionally gripping and resonant mystery about a mother and her son, and about the possibility that one can never truly know another person.

Carolyn Parkhurst is the author of the bestselling novels The Dogs of Babel and Lost and Found. She lives in Washington, D.C., with her husband and their two children.

“Parkhurst’s chief gift as a novelist is her ability to seize the innermost thoughts of her characters, then convey them with meticulous craft.”—Kimberly Marlowe Hartnett, Seattle Times

Milo invented the concept of a “nobodies album” of nonexistent songs when he was four.  What does this phrase eventually mean for his mother? How do they both use creativity to address their pain? What recurring threads are woven throughout Milo’s lyrics and Octavia’s fiction?

As Octavia rewrites the endings of her novels, how does she rewrite her own memories as well? How does the narrative of losing Mitch and Rosemary get revised along the way?

When Bettina’s mother, Kathy, accused Milo of domestic violence, were you willing to give Milo the benefit of the doubt? In your opinion, what did the note reading “someone is lying” really mean?

What makes Roland so attractive to Octavia? How does he compare to the other men she has known? Was he a good father figure for Milo?

My Only Sunshine is the first novel excerpted in The Nobodies Album. How does Octavia’s fiction compare to Carolyn Parkhurst’s? In what ways does the perspective of an infant girl enrich the tragic storyline of My Only Sunshine? What portraits of mothers, fathers, and their children does Parkhurst provide in varying scenes?

Octavia’s other novels include Carpathia, in which a distraught survivor confronts his memories of The Titanic; Sanguine, whose protagonist is wrongly accused of witchcraft; Rule of the Chalice, featuring a member of a crime-scene cleanup team whose child was a victim of brutal crime; and Crybaby Bridge, Octavia’s first published novel, written soon after the death of Mitch and Rosemary. Which of Octavia’s novels would you most want to read? Was the jacket copy enticing, capturing the true heart of the novels? How do these storylines reflect facets of Octavia’s own experience?

Octavia’s friend Sara Ferdinand has an unusual response when she first hears the news about Mitch and Rosemary.  Do you think there’s any truth to what she says? Why do you think that it’s only after this tragedy that Octavia is able to make a go of her writing career?

Two of Octavia’s novels are presented in a format that is different from the others. Why do you suppose she wasn’t ready to write a new ending for Tropospheric Scatter, set in Alaska and tracing the experience of an adopted child who was rescued from severe neglect? What was the effect of reading portions of the unpublished novel Hamelin alongside Octavia’s personal notes?

Tabloid journalism and online rumor mills represent another form of storytelling that drives The Nobodies Album. What does Octavia’s experience with the fake online interview indicate about the changing nature of storytelling in the twenty-first century and the blurred line between fact and fiction? What is the significance of the book deal Octavia receives, contingent on her producing a memoir?

How did you respond to the revelations regarding how Mitch and Rosemary died? Where should the blame lie? Why did the experience drive Milo and Octavia farther apart, leading eventually to four years of silence, rather than causing them to appreciate that they still had each other?

Discuss the book’s unique structure. What was it like to read a novel about a novelist—a book within a book? Did you look forward to getting to the next chapter excerpt, or did it feel like an interruption from the main story?  Did the structure make you think about the nature of storytelling, and way we recast our own stories as we work them into the overall narrative of our lives?

What do you predict for Lia’s future? How will she remember her mother, and her grandmother?

Parkhurst’s previous novels, Lost and Found (set on a reality show) and The Dogs of Babel (in which a grieving husband hopes that his dog can reveal the truth about how his wife died), blend mystery with careful scrutiny of her characters and their relationships. How are Parkhurst’s previous themes amplified in The Nobodies Album?

Octavia is a mercurial character.  She’s both egotistical and also her own harshest critic.  Did you find her to be a sympathetic protagonist?  Did you like her more or less as the book went on?

Put yourself in Octavia Frost’s shoes for a moment:  if you could re-write the ending to The Nobodies Album, what would it be?