THE ODDS OF YOU AND ME

Thirteen days. That’s all Bernadette, “Bird,” Sincavage has left to go until she’s done with her probation and can be free again. Free from making payments to the supermarket she wrote bad checks to. Free from living at home with her overzealous mother who’s constantly nagging her about attending church again. Free to give her four-year-old son, Angus, the normal life he deserves. Her impending freedom and move to Moon Lake, where she’s plunked down a deposit on a brand new apartment, is so close she can almost taste it. What trouble could she possibly get into in just thirteen days?

Thirteen days. That’s all Bernadette, “Bird,” Sincavage has left to go until she’s done with her probation and can be free again. Free from making payments to the supermarket she wrote bad checks to. Free from living at home with her overzealous mother who’s constantly nagging her about attending church again. Free to give her four-year-old son, Angus, the normal life he deserves. Her impending freedom and move to Moon Lake, where she’s plunked down a deposit on a brand new apartment, is so close she can almost taste it. What trouble could she possibly get into in just thirteen days?

But trouble does follow in the form of James Rittenhouse—someone she worked with a few years ago. At first, Bird is stunned to see James make the evening news when he’s arrested for assaulting someone in a local bar. But that’s nothing compared to the shock she gets when she discovers James hiding out in an abandoned church choir loft. Somehow he escaped police custody, broke his leg, and got his hand on a gun, which he’s now pointing at her.

Although Bird doesn’t tell anyone she saw James, there’s no way she’s helping him. She can’t screw up her probation or her second chance for a new future. And she has her son’s welfare to think about. Still. If only she could stop thinking about the terrified look in James’ eyes and the fact that he’s hurt. If only she could forget that once, long ago, James helped her out, and she owes him a debt like no other.

Will Bird jeopardize her future for someone who helped her out in the past? A past that holds secrets she’s not quite sure she’s ready to face? Or will she turn a blind eye and learn to live with the consequences? 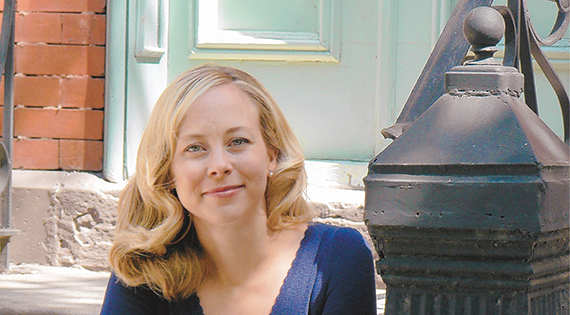 Cecilia Galante, who received an M.F.A. in Creative Writing from Goddard College, Vermont, is the author of eight young adult novels and a children’s chapter-book series. She has been the recipient of many awards, including an NAIBA Best Book of the Year, and an Oprah’s Teen Read Selection for her first novel, The Patron Saint of Butterflies. She lives in Kingston, Pennsylvania with her three children.

“Galante’s gift for storytelling lies in her ability to find the extraordinary within the ordinary. Readers will fall in love with her unforgettably complex protagonist, Bird, along with the overall authenticity of her prose.” — Emily Liebert, bestselling author of Some Women

About the Book
by Cecilia Galante

Although I drew from various experiences in my life while writing this novel, including single-motherhood and a volatile mother-daughter relationship, the one that stuck out most vividly was something that had nothing to do with me at all. In October of 2003, a convicted felon from our neighborhood, accused of murdering two drug dealers and then burning and burying their bodies in his back yard, escaped from prison. According to reports, he and another man somehow managed to tie their bedsheets into a rope of sorts and then lower themselves out of a seventh-floor jail cell window. The accomplice, who went first, slipped and fell halfway down, fracturing both hips. The murderer, who tossed a mattress out the window, made it safely all the way down and, without a backward glance at his injured cellmate, disappeared into the night.

The police believed that the felon would try to return home, so for three day our little town was gripped with fear while he was on the loose. My own dreams were haunted with images of running into this man, and my daily activities, which I’d used to embark upon without a second thought, were colored within a whole new context. I imagined stumbling into him on my morning run or while headed to the local mini-mart for milk. What if he appeared suddenly while I was filling the tank  of my car with gas, or when I was stopped at a red light? He would most likely be exhausted, filthy, starving, maybe even injured. What would he say? What would he do?

It was that three-day pocket of possibility that I remembered most vividly when I decided to center my next book around a woman who accidentally found herself enmeshed with an escaped prisoner. The sheer panic of that time period came back full force as I began to craft scene after scene around the two characters. And then of course, the writer’s imagination took over and I allowed myself to go deeper. What if the main character actually knew the escaped convict? And what if she knew him through some vividly shared past experience that she felt indebted to him for? Would such a thing motivate her to help him get away? Or wouldn’t it matter?

One of the reasons I write is to try to understand how people’s minds work, why they do what they do, especially in certain unusual situations. Why might one person choose to go right, while someone else opts for left? Why not up? Or down? And how much of how we were raised and what we were taught influences those decisions?

I think the history I gave Bird, including a dead father and a critical mother, not to mention her rape and resulting child, played a huge part in her decision to do what she did. But I also think that becoming James’s accomplice had less to do with the idea of repaying a debt than it did with wanting to be with someone who, maybe for the first time in her life, saw her for who she was and loved her anyway. I think really seeing someone might be the biggest gift we can give one another in this lifetime. Including ourselves.