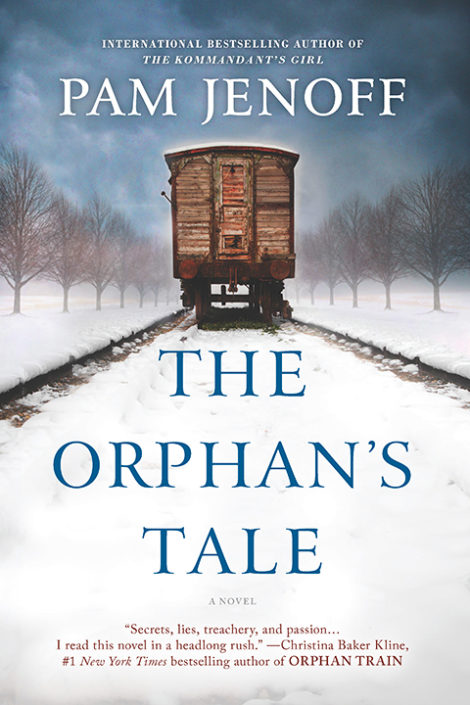 A powerful novel of friendship set in a traveling circus during World War II, The Orphan’s Tale introduces two extraordinary women and their harrowing stories of sacrifice and survival.

Sixteen-year-old Noa has been cast out in disgrace after becoming pregnant by a Nazi soldier and being forced to give up her baby. She lives above a small rail station, which she cleans in order to earn her keep… When Noa discovers a boxcar containing dozens of Jewish infants bound for a concentration camp, she is reminded of the child that was taken from her. And in a moment that will change the course of her life,

A powerful novel of friendship set in a traveling circus during World War II, The Orphan’s Tale introduces two extraordinary women and their harrowing stories of sacrifice and survival.

Sixteen-year-old Noa has been cast out in disgrace after becoming pregnant by a Nazi soldier and being forced to give up her baby. She lives above a small rail station, which she cleans in order to earn her keep… When Noa discovers a boxcar containing dozens of Jewish infants bound for a concentration camp, she is reminded of the child that was taken from her. And in a moment that will change the course of her life, she snatches one of the babies and flees into the snowy night.

Noa finds refuge with a German circus, but she must learn the flying trapeze act so she can blend in undetected, spurning the resentment of the lead aerialist, Astrid. At first rivals, Noa and Astrid soon forge a powerful bond. But as the facade that protects them proves increasingly tenuous, Noa and Astrid must decide whether their friendship is enough to save one another—or if the secrets that burn between them will destroy everything. 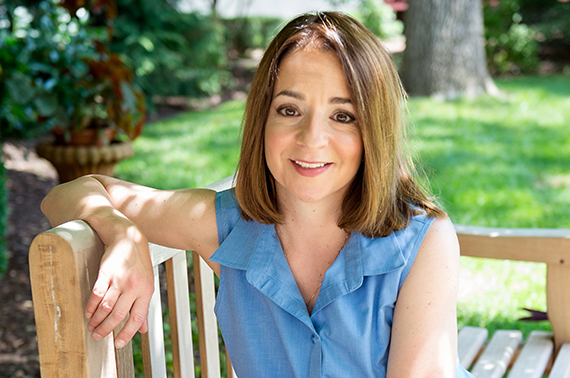 Pam Jenoff is the author of several novels of historical fiction, including the international bestseller The Kommandant’s Girl. She holds a bachelor’s degree in international affairs from George Washington University and a master’s degree in history from Cambridge, and she received her Juris Doctor from the University of Pennsylvania. Jenoff’s novels are inspired by her experiences working at the Pentagon and also as a diplomat for the State Department handling Holocaust issues in Poland. She lives with her husband and three children near Philadelphia where, in addition to writing, she teaches law school.

“A gripping story about the power of friendship to save and redeem even in the darkest of circumstances, The Orphan’s Tale sheds light on one of the most colorful and inspiring stories of heroism in Nazi Germany.” —Melanie Benjamin, New York Times bestselling author of The Swans of Fifth Avenue and The Aviator’s Wife

“In prose that is beautiful, ethereal, and poignant, The Orphan’s Tale is a novel you won’t be able to put down.” —Bustle

1. Noa and Astrid’s rivalry changes into a close friendship despite significant differences in age and circumstances. How did this evolution happen? What do you think it was that drew them together? Have you ever found yourself in such a close but unlikely friendship?

2. Even in WW II-torn Europe, the circus was still allowed to perform. Did this surprise you? How did the setting impact your reading of the novel? What deeper meaning do you think there is behind the circus burning down in the end?

4. With whom did you identify more closely, Astrid or Noa? Why? What were Noa’s and Astrid’s greatest strengths and their greatest flaws? Were there choices you wish Astrid and/or Noa had made differently throughout the book?

5. Noa is disowned by her family and in turn has her child ripped from her arms. Astrid leaves her family for a husband who abandons her. How do you think Astrid and Noa were each defined by their pasts? What role does the notion of family play throughout the story? What are some of the other themes in the book?

6. What do you think drew Astrid and Peter together so powerfully? Noa and Luc? How do these two relationships differ from one another? Do you think either of these relationships could have lasted a lifetime under different circumstances?

7. What do you think of Peter’s decision to continue with his mocking act toward the Reich? How do you think the story would have differed if Peter had refrained from doing the act?

8. How did you feel about the ending? Were you surprised? Satisfied?

9. What will you remember the most about The Orphan’s Tale?

A Note from the Author

A few years ago while researching, I came across two remarkable stories in the archives of Yad Vashem. The first was a heartbreaking account of the “Unknown Children”—a boxcar full of babies, ripped from their families and headed for a concentration camp, too young to know their own names.

The second was a story of a German circus that had sheltered Jews during the war. The Circus Althoff had taken in a young Jewish woman, Irene Danner, who herself hailed from another circus family. Several parts of the story were fascinating to me. First, I learned that the circus had sheltered not just Irene Danner, but her sister, mother and father. Her father, Hans Danner, was in fact not Jewish and was a soldier in the German army. When the German army sent him on leave and ordered him to divorce his Jewish wife, he defied the order and instead joined his wife and children in hiding. I also discovered that Irene Danner had fallen in love with a clown who was part of the Circus Althoff, Peter Storm-Bento, and that they had children together.

Another thing that intrigued me as I researched was the rich history of Jewish circus dynasties that spanned centuries, including the Lorch family from which Irene Danner’s mother had come. There were other circus families, such as the Blumenfelds, which had ten or more siblings performing and/or running the circus. Sadly they were largely annihilated by the Germans.

Reading the remarkable histories of the Unknown Children and the circuses, I knew that they somehow had to come together. And so I created the story of Noa, a young Dutch girl cast out after becoming pregnant, who despite being alone and penniless nevertheless finds the courage to rescue one of the babies from the train. I had her find an ally in Astrid, a Jewish aerialist whose heart was broken when her husband did not make the same brave choice Hans Danner had in real life, but instead disavowed their marriage.

The Orphan’s Tale is not biography; and my story is not that of the remarkable circus folk I researched, but rather fiction. I have taken great liberties with the nature of the circus acts and the ways in which they lived and performed during the war. But I was so inspired by the real people I’d met in my research: the way in which Irene Danner and Peter Bento-Storm persisted in their love despite it being forbidden by the Reich, the courage with which circus owner Adolf Althoff sheltered Jews, and the ingenious ways he would hide them when the Germans came looking.

When Adolf Althoff received the honor of being named Righteous Among the Nations by Yad Vashem in 1995, he said, “We circus people see no difference between races or religions.” I consider this book, while fiction, to be a tribute to the courage of these people.