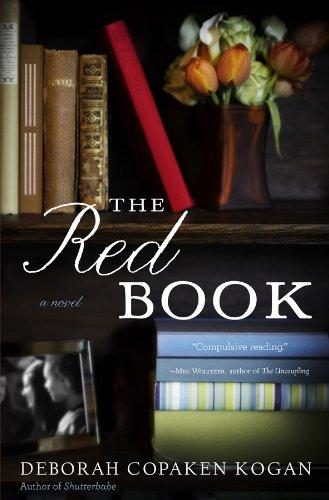 The Big Chill meets The Group in Deborah Copaken Kogan’s wry, lively, and irresistible new novel about a once-close circle of friends at their twentieth college reunion.

Clover, Addison, Mia, and Jane were roommates at Harvard until their graduation in 1989. Clover, homeschooled on a commune by mixed-race parents, felt woefully out of place. Addison yearned to shed the burden of her Mayflower heritage. Mia mined the depths of her suburban ennui to enact brilliant performances on the Harvard stage. Jane, an adopted Vietnamese war orphan, made sense of her fractured world through words.

The Big Chill meets The Group in Deborah Copaken Kogan’s wry, lively, and irresistible new novel about a once-close circle of friends at their twentieth college reunion.

Clover, Addison, Mia, and Jane were roommates at Harvard until their graduation in 1989. Clover, homeschooled on a commune by mixed-race parents, felt woefully out of place. Addison yearned to shed the burden of her Mayflower heritage. Mia mined the depths of her suburban ennui to enact brilliant performances on the Harvard stage. Jane, an adopted Vietnamese war orphan, made sense of her fractured world through words.

Twenty years later, their lives are in free fall. Clover, once a securities broker with Lehman, is out of a job and struggling to reproduce before her fertility window slams shut. Addison’s marriage to a writer’s-blocked novelist is as stale as her so-called career as a painter. Hollywood shut its gold-plated gates to Mia, who now stays home with her four children, renovating and acquiring faster than her director husband can pay the bills. Jane, the Paris bureau chief for a newspaper whose foreign bureaus are now shuttered, is caught in a vortex of loss.

Like all Harvard grads, they’ve kept abreast of one another via the red book, a class report published every five years, containing brief autobiographical essays by fellow alumni. But there’s the story we tell the world, and then there’s the real story, as these former classmates will learn during their twentieth reunion weekend, when they arrive with their families, their histories, their dashed dreams, and their secret yearnings to a relationship-changing, score-settling, unforgettable weekend.

Deborah Copaken Kogan worked as a photojournalist from 1988 to 1992, and her photographs appeared in Time, Newsweek, The New York Times, L’Express, Liberation and Geo, among many other international newspapers and magazines. She spent the next six years in TV journalism, including a time as a producer for Dateline NBC. Her writings have appeared in The New Yorker, the New York Times and elsewhere. She is a Harvard alumna. She lives in New York City with her husband, Paul Kogan, and their three children.

“Destined to be a classic … a sharply funny, clear-eyed examination, in the vein of Mary McCarthy’s The Group, of the power and burden of privilege, the reality of being a modern woman and the lasting bonds of female friendship.”—Vanity Fair

“For readers who enjoyed Jennifer Close’s Girls in White Dresses (2011) or Meg Waite Clayton’s The Four Ms. Bradwells (2011), this snappy, empathetic portrait of past regrets, settled scores, and shared history is an engaging read.”—Booklist

“The Big Chill for the Facebook generation.”—Adam Gopnik, author of Paris to the Moon

The Red Book is peopled with a broad range of characters. Discuss how successfully you feel the author wrote from the point of view of individuals of so many different social and financial backgrounds, sexual orientations, ethnic identifications, and religious beliefs. Consider, too, that Kogan wrote from the point of view of people of both genders as well as from vastly different generations. Were all of her characters well developed and believable? Was there a character you felt could have been portrayed differently? (And to what purpose?)

Both Addison and Mia studied creative arts in college but stopped pursuing their respective fields professionally once they were married and began having kids. Do you feel their stories ring particularly true? Would it have been possible for either one to have led a balanced life while pursuing her passion, and if so, which one(s) and why? Compare their professional trajectories over two decades with those of Jane and Clover, both of whom built successful careers after Harvard. Out of them all, which one, if any, made the wisest decisions and compromises? How large a role did fate, chance, and history (i.e., a massive recession, the shrinking of the newspaper industry) play in each of their narratives, and to that end, how would this book have been different if the author chose to write about the twentieth reunion of the class of 1985? What about the class of 1975?

Consider the different biases and aversions these characters have: Bucky’s parents’ racism; Gunner’s anti-Semitism; Mia’s prejudice against Trilby’s angsty teenage appearance; Addison’s aversion to the idea of same-sex couples raising children; Jane’s harsh judgment of Bruno and her mother for their respective infidelities. What kind of comment does The Red Book make about our worst fears, prejudices, and biases and the ways we let them govern our lives? What does it say about the way (and the reasons) we change?

Similarly, examine some of the more morally or ethically ambiguous actions taken by the novel’s protagonists: Addison’s willful ignorance of/inattention to $100,000 in parking fines; Gunner’s rampant narcissism and self-centeredness; Clover’s attempt to be impregnated by her married ex-sweetheart; Danny’s inability to empathize or sympathize with Clover during emotionally difficult times; Mia’s rash spending; Jonathan’s one-night stand with his producer; Bruno’s infidelity; Jane’s relatively unforgiving stance with those she loves (at least for most of the novel). What can we learn from these characters about the role morals and ethics play in our lives?

While sex is not the only culprit behind the marital discord in these romantic relationships, it plays a large role in the dynamics of its characters’ lives. For instance, Gunner blames much of his distance from Addison on her refusal to sleep with him, while Addison tells herself that she refuses to sleep with him because he won’t help with the child-rearing. Is that the whole story? On the opposite end of the spectrum, Mia and Jonathan—while troubled, but not irrevocably so—enjoy a healthy sex life and genuine physical attraction for one another. Consider the way this novel portrays the importance of sex in a long-term relationship, and discuss whether or not the lessons learned by these characters ring particularly true. (And, based on the events in the novel, why?)

The Red Book also highlights our human tendency to compare ourselves with peers and to judge the ways and means by which we have lived our lives. The characters in the novel do this every five years via Harvard’s red book, and also through social Web sites like Facebook. What comment is Kogan making about our compulsion to compare ourselves with others? How much do you, like these characters, keep track of what your peers from high school and/or college are doing/accomplishing? What helpful effects, as well as harmful ones, can come from such comparisons?

Consider Trilby, Thatcher, and Houghton, as well as Max, Eli, and Joshua, and how they represent the marriages that created them. Discuss how Gunner and Addison have damaged their children by avoiding the problems in their marriage, particularly when compared to Mia and Jonathan’s children. Also, think about the ways in which Mia and Jonathan’s children are perhaps less prepared for life’s harder knocks because of the security and lack of family tension in their upbringing. How do you think Eli and Joshua will be affected once their financial and emotional welfare is threatened by Jonathan’s untimely death? In what ways would Trilby, Thatcher, and Houghton be better equipped to handle such tragedy? (Or would they?)

While we don’t often find ourselves inhabiting the male perspective in this novel, we do get sections narrated by Max, Jonathan, Bucky, and Bruno. What kind of comment does Kogan make on men and their changing roles as spouses and parents in contemporary times? Consider how Danny and Gunner, who are generally unsupportive of their spouses (and, purposely so, underdeveloped as characters), are representative of a “dying breed” of men, as both find themselves ditched by their wives by the novel’s end.