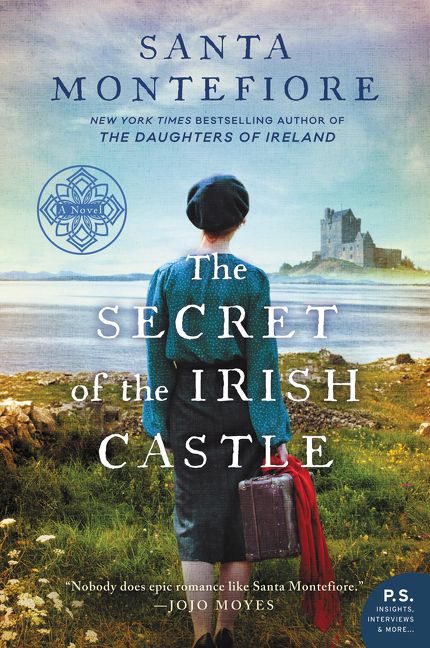 THE SECRET OF THE IRISH CASTLE

International bestselling author Santa Montefiore continues the story of the Deverill family in the third book in her beautiful and moving Deverill Chronicles trilogy—perfect for fans of Kate Morton and Beatriz Williams.

1939: Peace has flourished since the Great War ended, but much has changed for the Deverill family as now a new generation is waiting in the wings to make their mark.

When Martha Wallace leaves her home in America to search for her birth mother in Dublin, she never imagines that she will completely lose her heart to the impossibly charming JP Deverill.

International bestselling author Santa Montefiore continues the story of the Deverill family in the third book in her beautiful and moving Deverill Chronicles trilogy—perfect for fans of Kate Morton and Beatriz Williams.

1939: Peace has flourished since the Great War ended, but much has changed for the Deverill family as now a new generation is waiting in the wings to make their mark.

When Martha Wallace leaves her home in America to search for her birth mother in Dublin, she never imagines that she will completely lose her heart to the impossibly charming JP Deverill. But more surprises are in store for her after she discovers that her mother comes from the same place as JP, sealing her fate.

Bridie Doyle, now Countess di Marcantonio and mistress of Castle Deverill, is determined to make the castle she used to work in her home. But just as she begins to feel things are finally going her way, her flamboyant husband Cesare has other ideas. As his eye strays away from his wife, those close to the couple wonder if he really is who he says he is.

Kitty Deverill has come to accept her life with her husband Robert, and their two children. But then Jack O’Leary, the love of her life, returns to Ballinakelly. And this time his heart belongs elsewhere.

As long-held secrets come to light, the Deverills will have to heal old wounds and come to terms with the past if they hope to ensure their legacy for the future. 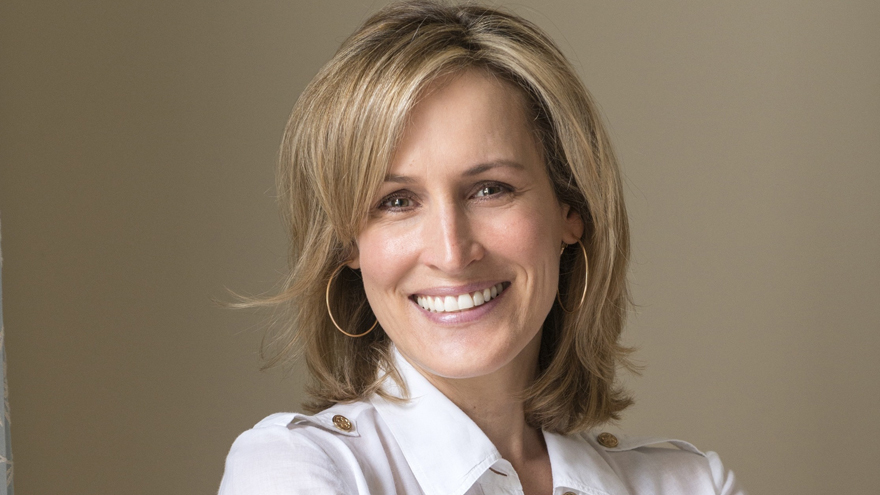 Santa Montefiore was born in England. She went to Sherborne School for Girls in Dorset and studied Spanish and Italian at Exeter University. She has written sixteen bestselling novels, which have been translated into thirty different languages and have sold more than two million copies worldwide.

“Nobody does epic romance like Santa Montefiore. Everything she writes, she writes from the heart.”—Jojo Moyes,  #1 New York Times bestselling author of Me Before You

“A delicious read that leaves the reader hungry and eagerly awaiting the next course.”—Booklist (starred review)

Q: Has the Deverills’ story changed at all since original inception? Did the story take you anywhere unexpected in these three books?

A: Absolutely yes! I plan my novels as little as possible, because I’m really not very good at plotting—and I’m more likely to surprise my readers if I surprise myself. I’m good at finding my way and following my instinct once I start writing. So, I sketch a basic outline. I knew I wanted three very different women born in 1900. I’m very bad at math so I choose round numbers for all birthdays to make calculations easier! I wanted to set the story around a castle that begins as a ruin in book one, is rebuilt in book two and is very much the main character in the entire series. I also planned for Kitty and Jack to end up together. I was as disappointed as my readers, because it just didn’t work. In an earlier draft I have Emer falling off the cliff having found out about Jack’s affair, but that then made it impossible for them to ever be together, so I changed it. The fat lady hasn’t yet sung, as they say in opera! Besides knowing a little about Bridie’s story, I really hadn’t worked out much else. I put on my music—Howard Shore and David Arkenstone to name a couple of composers— and then let my imagination take me. Once I’ve begun it’s like entering a forest, lots of paths lie ahead of me and it’s fun to choose which one I want to take.

Q: Although this book is set after 1939, do you see parallels between the lives of your characters and people today? What are some themes you think resonate with modern readers?

A: I think human nature doesn’t really change. We’re all people and the things  that are important to the Deverills are important to us today. Naturally, with the dire economic climate, life for many people is tough now as it was for my characters. But beside the struggles that arise out of dramatic global events like war and depression, Bridie, Kitty and Celia are three women trying to find love and fulfillment just like all of us. What is important to modern readers is important to women of all ages. We want to feel safe, loved, fulfilled, healthy and happy. That’s why the great stories from Shakespeare to Dickens, Austen and Tolstoy are timeless. We can identify with the characters because we’re all struggling to find the same things in our lives.

Q: Did you come across any interesting historical tidbits that weren’t able to make it into the final book?

A: Loads of things I found through my research couldn’t go into the books. I have files full of personal stories and anecdotes. But I have to keep my focus on the plot and the characters’ journeys and not get distracted. Quite a few real stories made it into the book. When Cesare is found dead on the beach, buried up to his neck in the sand, that really happened to three men who lynched an Irish boy who returned from the Great War, after having fought for the British. The grieving father emigrated to America but five years later sent a couple of hit men to Ireland to track the men down. They posed as tourists and left at the end of the week. A man walking his dog saw what he thought were three buoys on the sand. When he got nearer he saw that they were three heads, buried up to their necks and drowned. It must have been torturous to have died that way, very slowly, as the tide came in. A grim revenge.

Q: What’s next for you? Where do you think your next books will take you—is there a particular time or place that is intriguing you at the moment?

A: I’m writing the fourth Deverill book now. I couldn’t let them go! I love writing about Ireland and I feel the Deverills are friends now. So, this one starts in the sixties and flashes back to the late nineteenth century. The main character is Arethusa Deverill, Bertie and Rupert’s sister and Adeline and Hubert’s daughter. I was going to write her story in book three of the trilogy, but I didn’t have any room. I now have the perfect opportunity to make a whole book out of her and I’m loving it. I’m calling it The Forgotten Deverill at the moment, but that might very well change. My new novel, The Temptation of Gracie, comes out in the UK in July 2018 and is set in Italy, so very different.