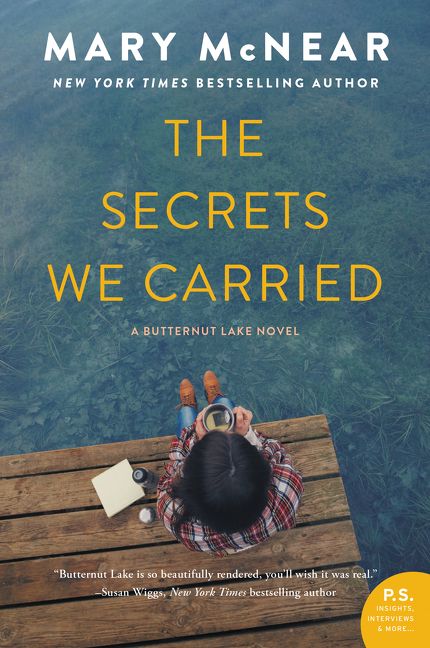 THE SECRETS WE CARRIED

Readers who love Susan Wiggs and Susan Mallery will adore New York Times bestselling author Mary McNear newest novel. A young woman travels home to Butternut Lake, confronting her past and the tragedy she and her friends have silently carried with them for over a decade while also facing an unknown future.

Butternut Lake is an idyllic place—but for one woman, her return to the lake town she once called home is bittersweet…

Sometimes life changes in an instant.

Readers who love Susan Wiggs and Susan Mallery will adore New York Times bestselling author Mary McNear newest novel. A young woman travels home to Butternut Lake, confronting her past and the tragedy she and her friends have silently carried with them for over a decade while also facing an unknown future.

Butternut Lake is an idyllic place—but for one woman, her return to the lake town she once called home is bittersweet…

Sometimes life changes in an instant.

Quinn LaPointe grew up on beautiful Butternut Lake, safe, secure, sure of her future. But after a high school tragedy, she left for college and never looked back. Becoming a successful writer in Chicago, she worked to keep out the dark memories of an accident that upended her life. But now, after ten years, she’s finally returned home.

Butternut is the same, and yet everything is changed. Gabriel Shipp, once her very best friend, doesn’t want anything to do with her. The charming guy she remembers is now brooding and withdrawn. Tanner Lightman, the seductive brother of her late boyfriend, wants her to stick around. Annika Bergstrom, an old classmate who once hated Quinn, is now friendly. Everyone, it seems, has a secret.

Determined to come to terms with the tragedy and rebuild old relationships, Quinn settles into Loon Bay Cabins, a rustic but cozy lakeside resort, where she begins writing down her memories of the year before the accident. Her journey though the past leads her to some surprising discoveries about the present. As secrets are revealed and a new love emerges, Quinn finds that understanding the past is the key to the future. 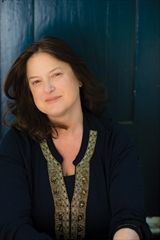 Mary McNear, New York Times and USA Today bestselling author of the Butternut Lake series, writes in a local doughnut shop, where she sips Diet Pepsi, observes the hubbub of neighborhood life, and tries to resist the constant temptation of freshly made doughnuts. Mary bases her novels on a lifetime of summers spent in a small town on a lake in the northern Midwest.

“…The sixth book of the Butternut Lake series is a great pick for anyone looking for an engaging, warm-hearted summer read, especially one with a beautiful midwestern setting.”—Booklist

“This is the first of Mary McNear’s books that I have read and it won’t be the last…The Secrets We Carried is a transformative story you won’t forget about grief, guilt, healing and hope.”—Patricia Harman, USA Today bestselling author

3. Quinn has three dreams in the novel. They all take place on Shell Lake. The first two are primarily about Quinn’s guilt. But the last dream, the one where Gabriel pulls the ring out of the lake, is different. Why? What do you think it means?

4. Do you think that the burden of guilt Gabriel carries with him is greater than his actions warranted? Quinn thinks that guilt is often proportional to one’s own moral compass. Is this the case with Gabriel? If so, what does it tell you about Gabriel?

5. Quinn returns to Butternut and the scene of the accident in order to “confront” her past. She believes that if she does this she won’t have another breakdown. What do you think caused her first breakdown in college?

6. The book depicts two mothers who have lost children: Maggie Lightman and Theresa Dobbs. They’ve both handled tragedy very differently. Of course, there are as many different ways to handle tragedy as there are different kinds of people. Do you empathize with both women? How have you handled tragedies in your life?

7. Tanner sends a three-word text to Jake that he can never get out of his head or take back. Have you ever sent a simple, maybe even an innocuous, text to someone that you have regretted?

8. Why do you think Jake drove his truck out on Shell Lake that night? Do you think there was one reason, or several?

9. Do you think Annika bears any responsibility for the accident? Why? Or why not?

10. Why do you think Annika and Jake kept their relationship a secret? Annika didn’t want her crazy father to know. But why didn’t Jake tell his parents and his friends?

11. After Annika’s revelation, Quinn wonders if it is possible to romantically love two people at the same time. What do you think? And is it possible to really love someone you are cheating on?

12. Quinn’s mother died before Quinn can even remember her. How do you think her mother’s absence affected Quinn’s development and character?