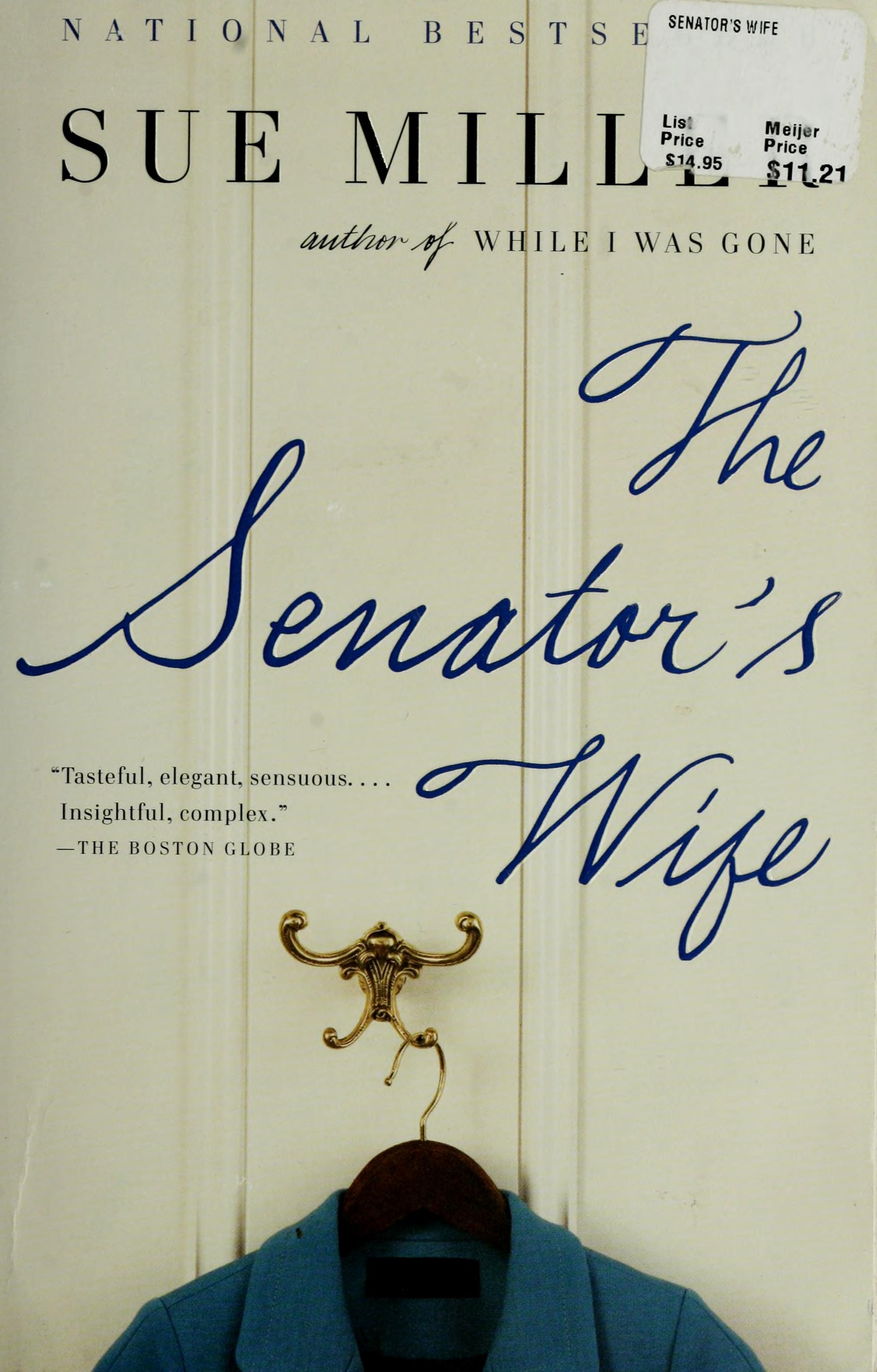 Once again Sue Miller takes us deep into the private lives of women with this mesmerizing portrait of two marriages exposed in all their shame and imperfection, and in their obdurate, unyielding love.

Meri is newly married, pregnant, and standing on the cusp of her life as a wife and mother, recognizing with some terror the gap between reality and expectation. Delia Naughton–wife of the two-term liberal senator Tom Naughton–is Meri’s new neighbor in the adjacent New England town house. Delia’s husband’s chronic infidelity has been an open secret in Washington circles, but despite the complexity of their relationship,

Once again Sue Miller takes us deep into the private lives of women with this mesmerizing portrait of two marriages exposed in all their shame and imperfection, and in their obdurate, unyielding love.

Meri is newly married, pregnant, and standing on the cusp of her life as a wife and mother, recognizing with some terror the gap between reality and expectation. Delia Naughton–wife of the two-term liberal senator Tom Naughton–is Meri’s new neighbor in the adjacent New England town house. Delia’s husband’s chronic infidelity has been an open secret in Washington circles, but despite the complexity of their relationship, the bond between them remains strong. What keeps people together, even in the midst of profound betrayal? How can a journey imperiled by, and sometimes indistinguishable from, compromise and disappointment culminate in healing and grace? Delia and Meri find themselves leading strangely parallel lives, both reckoning with the contours and mysteries of marriage, one refined and abraded by years of complicated intimacy, the other barely begun.

Here are all the things for which Sue Miller has always been beloved–the complexity of experience precisely rendered, the richness of character and emotion, the superb economy of style–fused with an utterly engrossing story.

Sue Miller is the best-selling author of the novels Lost in the Forest, The World Below, While I Was Gone, The Distinguished Guest, For Love, Family Pictures, and The Good Mother; the story collection Inventing the Abbots; and the memoir The Story of My Father. She lives in Boston, Massachussetts.

“Pure Miller . . . tasteful, elegant, sensuous . . . insightful, complex . . . The Senator’s Wife is Miller’s latest extended contemplation of marriage, and a master class in the refinement of craft.” —The Boston Globe

“Complex and beautifully drawn . . . with her keen eye and precise prose, Ms. Miller expertly conveys the passage of time and the evolution of emotions, giving readers the sense of lives fully lived.” —The Wall Street Journal

“I closed The Senator’s Wife and instantly wished there was someone around with whom to discuss the Jodi Picoult like ending.” —USA Today

Have you read any of Sue Miller’s other works? What shared themes, if any, do you see in her new novel?

In the second paragraph of Chapter One, Miller says, “Meri has occupied the backseat the whole time—at first because that’s just how it happened when they all got in the car, then by choice.” What does this tell us about Meri? Did your first impression of her turn out to be accurate?

Discuss the title. Why do you think Miller called her novel “The Senator’s Wife” when Meri’s story gets equal time?

After Delia’s first encounter with Nathan, what is her perception of him and his attitude towards Meri? Do you think she’s right?

Several times in the novel, it’s suggested that moving to a new home equals an opportunity for new beginnings. Which move proves to be most important to Delia?

Meri seems to take great pleasure in keeping secrets. Why do you think that is? How does it help her, and how does it harm her? Ultimately, is it good for her marriage?

Meri tells Nathan about the effect Delia has on her. Discuss the idea of aperçus—why do you think Meri is so shaken by Delia’s statements? Have you ever known someone who has a similar effect on you?

One major theme in the novel is the conflict between public and private lives. Which character is most comfortable living in public? Least comfortable? In what ways do Meri, Delia, Nathan, and Tom each have both private and public aspects?

At times there are parallels between Meri and Tom, Delia and Nathan, and at other times the pairings are rearranged. Who do you think is most similar? Most unlike each other? Who would you most like to spend time with, if these were real people?

Delia reads Anne Apthorp’s letters, and the results are beneficial and illuminating. What is the result when Meri reads the Naughtons’ correspondence?

What purpose does the 50–page flashback (beginning on page 91) serve? What do we learn about these characters that we might not know otherwise?

Meri has a difficult time accepting her pregnancy and motherhood. What does this say about her? Are we led to dislike her, or feel compassionate towards her? How do you think Miller feels about the character she created?

Delia’s relationships with her grown children are quite varied. Why do you think she wound up with three such different results? What kind of mother was she?

Discuss Delia and Tom’s relationship. Who has the most power, and how is it wielded? What would you have done in Delia’s place at these key junctures: When she found out about Carolee; when Tom had his stroke; when she walked in on Tom and Meri?

Nursing in public is challenging for many women, even today. Meri does it in 1994, with heartbreaking results. Have you ever nursed in public? What do you think of the practice? How does this tie in to Miller’s public vs. private themes?

Tom says to Meri, “Mea culpa!” Is he really taking the blame? Does he deserve it?

Reflecting upon the events of 1994, Meri thinks, “In the end she has come to think it was Tom who changed her more, who gave her something, something that she didn’t know she needed.” What did Tom give her? Is she right, about him changing her more?

Re-read the last paragraph of the novel. Did Meri really act out of love? Why do you think she did it? What price did she pay, if any?