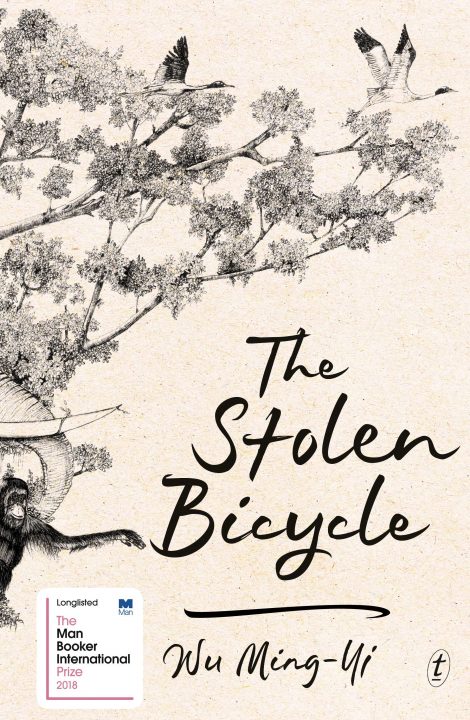 A writer embarks on an epic quest in search of his missing father’s stolen bicycle and soon finds himself caught up in the strangely intertwined stories of Lin Wang, the oldest elephant who ever lived, the soldiers who fought in the jungles of South-East Asia during the Second World War and the secret worlds of the butterfly handicraft makers and antique bicycle fanatics of Taiwan.

The Stolen Bicycle is both a majestic historical novel and a profound, startlingly intimate meditation on memory, family and home.

A writer embarks on an epic quest in search of his missing father’s stolen bicycle and soon finds himself caught up in the strangely intertwined stories of Lin Wang, the oldest elephant who ever lived, the soldiers who fought in the jungles of South-East Asia during the Second World War and the secret worlds of the butterfly handicraft makers and antique bicycle fanatics of Taiwan.

The Stolen Bicycle is both a majestic historical novel and a profound, startlingly intimate meditation on memory, family and home. 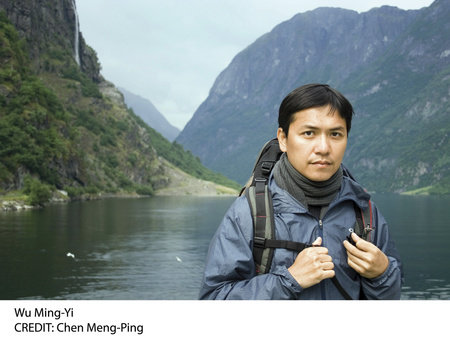 Award-winning novelist Wu Ming-Yi is also an artist, designer, photographer, literary professor, butterfly scholar, environmental activist, traveller and blogger, and is widely considered the leading writer of his generation in his native Taiwan.

Darryl Sterk is a Taipei-based Canadian translator, teacher, and scholar. As a translator he started out as a semiconductor and reinforced concrete freelancer, and he has in the past five years focused on Mandarin-language fiction from Taiwan, including Wu Ming-Yi’s The Man With the Compound Eyes.

“A work of astonishing energy, in which Wu beautifully touches on loss, life and death, fate and destiny, establishing emotional connections between memory and objects, and between the natural world and war…a novel that provides comfort and reconciliation from a wounded past.”—Thinking Taiwan

“The novel, inspired by his love for bicycles and Taiwanese history, brings readers back to a simpler time when life moved more slowly and people spent more time face-to-face with friends and neighbors. Riding a bike allowed people to appreciate and digest the details of the world around them.”—Taipei Times

“A profoundly moving novel, such is the power of words and depth of feeling by Taiwanese author Wu Ming-Yi…He turns events into linguistic gold with his poetic, dreamlike language.”—Good Reading

1. “I found out early in my career as a writer that fiction and reality are so closely intertwined that any textual element is suspect—but treating anything in a novel as true is dangerous.”(p. 47) How does The Stolen Bicycle blur the boundaries between fiction and reality, and how does that influence the reading experience?

2. The stories told by the various characters can seem larger than life. What part does mythology play in history—and what part should it play?

3. The epigraph to “Bike Notes I” reads: “In this way, a bicycle is not simply a bicycle.” What do bicycles symbolise to the characters in the novel? And what is the significance of the “Bike Notes” chapters?

4. A-pu says that he’s experienced many interesting things while looking for second-hand goods. Why does he choose to tell Ch’eng the story of the old Lucky workshop and its owner, the old master who insists on holding on to his toolkit?

5. “I don’t believe in fate, to be honest—only luck… What we make of the lucky breaks we’re given is what matters.” (p. 52) To what extent does this play out in the novel? Do you agree with Ch’eng’s take on luck?

6. For many years, Ch’eng’s parents wanted a son, and they unexpectedly ended up with two. Compare Ch’eng with his brother and sisters, and the roles they play in the family. How would you characterise the relationships between the different family members?

7. Ch’eng, Abbas and Shizuko all have missing or distant fathers. How do their experiences overlap, and how do they differ? Why do you think Ch’eng’s father left his family, and what happened to him?

8. When Ch’eng sees his brother performing, for a moment he thinks his brother “could be forgiven for all the rotten things he’d done…[this] was the fulfilment of his duty in this life” (p. 194). What can be justified in the name of art? Consider this question also in relation to Ch’eng’s writing, as well as Sabina’s mother and her butterfly collages.

9. Animals feature prominently in the novel, from the butterfly industry, to the elephants in the war, to the animals at the Maruyama Zoo. What is the relationship between these creatures and the humans around them? What ethical questions are raised by the treatment of these animals?

10. Abbas says that the biggest difference between writing a poem and taking a photograph is that ‘to take a photograph, you have to go to the place… and going somewhere changes a person’ (pp. 152–53). Do you agree with this? Discuss the work of war photographers and the quote from Don McCullin, that “if you stand in front of dying people, integrity isn’t enough” (p. 153).

11. Pasuya says of his war experience: “The most essential part of me has…disappeared into the forests of northern Biruma.” (p. 224) Why do you think that is? How does his experience compare with Squad Leader Mu’s? And what new insights does the novel provide on the Second World War?

12. Ch’eng repeats this motto to Sabina: “The love of old things is a way of respecting time.” (p. 235) What does the novel have to say about the attachment we form with material things?

13. Consider Little Hsia’s thoughts on antique bikes and his refusal to restore them (p. 316). How do we draw the line between honouring the past and renewing something so that it continues to have life?

14. “I always feel that Ma and her whole generation carried around a contradiction in their heads: they feared incompleteness, but also worried about things being too perfect.” (p. 243) Why would this contradiction be specific to Ch’eng’s mother’s generation? How might this fear change over generations?

15. What were your initial impressions of the opening chapter? Re-read the chapter and discuss your reaction now in light of Second Uncle’s account on page 328. Why did the author choose to open the novel with this story?

16. In the translator’s note, Darryl Sterk says he has tried to retain the linguistic diversity of the original text. How did this affect your reading of The Stolen Bicycle? Consider, too, this statement in Wu’s postscript: “Languages are not mere casks for wine; the cask makes the wine.” (p. 369) Discuss this idea both in relation to translated fiction and more broadly.