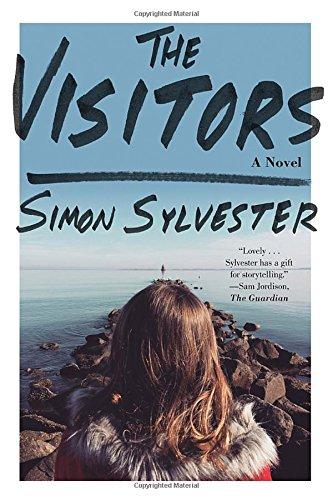 In the tradition of Neil Gaiman and Iain Banks,

with this lush, atmospheric coming-of-age tale.

Nobody comes to the remote Scottish island of

to move to the mainland when she finishes school.

So when a mysterious man and his daughter, Ailsa,

What could have brought these strangers to the island?

Meanwhile, several of the men on Bancree have disappeared,

In the tradition of Neil Gaiman and Iain Banks,

with this lush, atmospheric coming-of-age tale.

Nobody comes to the remote Scottish island of

to move to the mainland when she finishes school.

So when a mysterious man and his daughter, Ailsa,

What could have brought these strangers to the island?

Meanwhile, several of the men on Bancree have disappeared, unnerving the

community. When a body washes ashore, suspicion turns to the newcomers.

But Flo suspects something else, even though it seems impossible. She asks

local residents for anything they know about “selkies,” the mythical women

who can turn from seal to human and back again.

Convinced of her new neighbors’ innocence, Flo is fiercely determined to

protect her friend Ailsa. Can the answer to the disappearances, and to the

pull of her own heart, lie out there, beyond the waves?

Simon Sylvester is a writer, teacher, and occasional

filmmaker. After working as a camera assistant and journalist, he began

writing fiction, and his short stories are published regularly in literary

journals. He lives in Cumbria with his partner and their daughter.

“Fantastic descriptions of island life, of the diesel-spluttering ferry that

moods of the sea around it. Lovely . . . Sylvester has a gift for storytelling.”—Sam Jordison, The Guardian

for it . . . An astonishingly assured debut.”—Tor.com

How does starting the novel with Richard’s departure

set the tone for introducing us to Flora’s life in Bancree?

How does abandonment and loss play into the lives of

Flora and Ailsa as well as the novel’s larger plot?

In what way does the setting play a role in the story?

how do characters seem to relate to the island, and how are the events

that take place in the novel shaped by it?

The novel is also about changing, growing up, and leaving. Besides

the narrator, Flo, which character seems to change the most over the

course of the story? How does changing tie into the selkie stories Flo

hears—and what distinction does the novel make between changing

What about selkie mythology do you think captivates Flora? Were

there parts that hooked you, too?

the rest of the novel? Does any coherent picture of selkies emerge, or

a figurative metaphor for Bancree’s economic decline? Even after the

case is solved, why do you think the overall decline isn’t abetted?

Flora becomes disenchanted with selkie folklore after she realizes that

“The selkie myth was a suppression of female sexuality” (pg. 270).

How does the ending work to change this? Does it succeed?

What seems to be the role of the epilogue, and what sort of information

is disclosed there? Why might there be an epilogue instead of, say,

The Visitors places an emphasis on storytelling, recounting myths and

points of view regarding storytelling: Izzy, who believes that myths

should be recounted orally, and Flo, who writes down Izzy’s and other

storytellers’ tales. Given this divergence of viewpoints, how does The

Visitors seem to juggle what we do with stories? What shapes Izzy’s

and Flo’s views about stories?