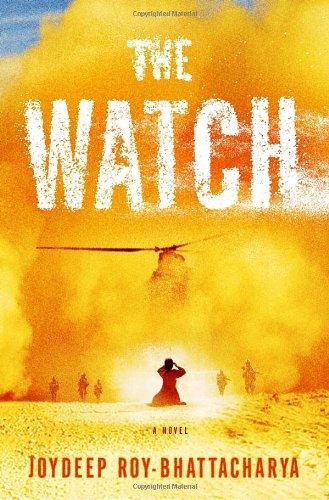 Following a desperate night-long battle, a group of beleaguered soldiers in an isolated base in Kandahar are faced with a lone woman demanding the return of her brother’s body. Is she a spy, a black widow, a lunatic, or is she what she claims to be: a grieving young sister intent on burying her brother according to local rites? Single-minded in her mission, she refuses to move from her spot on the field in full view of every soldier in the stark outpost. Her presence quickly proves dangerous as the camp’s tense, claustrophobic atmosphere comes to a boil when the men begin arguing about what to do next.

Following a desperate night-long battle, a group of beleaguered soldiers in an isolated base in Kandahar are faced with a lone woman demanding the return of her brother’s body. Is she a spy, a black widow, a lunatic, or is she what she claims to be: a grieving young sister intent on burying her brother according to local rites? Single-minded in her mission, she refuses to move from her spot on the field in full view of every soldier in the stark outpost. Her presence quickly proves dangerous as the camp’s tense, claustrophobic atmosphere comes to a boil when the men begin arguing about what to do next.

Joydeep Roy-Bhattacharya’s heartbreaking and haunting novel, The Watch, takes a timeless tragedy and hurls it into present-day Afghanistan. Taking its cues from the Antigone myth, Roy-Bhattacharya brilliantly recreates the chaos, intensity, and immediacy of battle, and conveys the inevitable repercussions felt by the soldiers, their families, and by one sister. The result is a gripping tour through the reality of this very contemporary conflict, and our most powerful expression to date of the nature and futility of war.

Joydeep Roy-Bhattacharya was educated in politics and philosophy at Presidency College, Calcutta, and the University of Pennsylvania. His novels The Gabriel Cluband and The Storyteller of Marrakesh have been published in fourteen languages. He lives in the Hudson Valley in upstate New York.

“We watch as the resistance of an isolated American garrison in Afghanistan is ground down, not by force of arms but by the will of a single unarmed woman, holding inflexibly to an idea of what is just and right.”—J.M. Coetzee, recipient of the Nobel Prize and a two-time Man Booker Prize winner

“Roy-Bhattacharya re-animates the timeless themes of Antigone…This brave, visceral novel breaks new ground and does what previous versions of Antigone never have: It makes each character deeply humane, challenging the reader to sympathize with every one of them.”—NPR.org

“[The novel] achieves a subtle balance of dramatic forces—personal morality and public order, duty to God and duty to country—that gives it a philosophical depth and wrenching humanity…Mr. Roy-Bhattacharya brings a rigorous and often disquieting sense of empathy to each of his clashing characters. There is no outright villain here, only the collision of people stubbornly holding to what they believe to be right and honorable. This is the essence of tragedy, and it makes The Watch the first great novel of the war in Afghanistan.”—Wall Street Journal

“The Watch is an important war novel.”—Dallas News

In ancient Greek lore, Antigone (pronounced anne-TIH-guh-nee) is a defiant young woman willing to risk her life so that her brother’s body can receive proper burial rites. Their uncle, King Creon (KREE-on), has become blinded by power, decreeing that no one will honor the remains of this nephew, whom Creon considers to be a traitor. Anyone defying the king’s order is to be executed.

As Nizam confronts the army, what timeless questions of religious faith versus secular power is she raising? What gives women like Antigone and Nizam, living in male-dominated cultures, the strength to wage wars of conscience?

What were your initial theories about Nizam? How did your opinion of her, and of the U.S. soldiers, shift throughout the novel?

As with Antigone’s brother, the guilt or innocence of Nizam’s brother makes for a provocative debate. The motivations of Nizam’s brother are probed in-depth in “Captain,” at 0545, a scene in which Tanner asks, “Will someone please tell me who the good guys are?” What’s the best answer to his question?

In “Lieutenant” and “Lieutenant’s Journal,” we see Nick Frobenius struggle with his memories of home, particularly his relationship with his former wife, Emily. What is at the heart of his struggle? How does his story capture the chasm between a tour of duty and the requirements of civilian life?

What healing power does Doc Taylor have beyond medical treatments? What other wounds—psychological, social—does he attempt to treat?

Ismene (is-MAY-nay) is Antigone’s less-daring sister in the play by Sophocles, who fears the wrath of their uncle but also fears the gods. How does this parallel Masood’s role? How did you react to his naïve assumptions that the U.S. soldiers would see themselves as his rescuers, and that Simonis might become his best friend? What aspects of his situation were especially hard for him to interpret?

As Second Lieutenant Tom Ellison recalls his father, what dialogues about America’s involvement in Afghanistan overall is he bringing to light? Did you side with Tom or with his father in those discussions?

How did First Sergeant Jimmy Whalen’s aunt help to strengthen his psyche? On page 196, what do we discover about his leadership style as he listens to the description of Pratt’s disturbing dream (which echoes a premonition in the Antigone saga)?

As you witnessed the chain of command within each chapter, what did you notice about the characters’ use of authority? What distinctions did you observe between officers and enlisted men?

Ultimately, what leads to the transformation of Captain Evan Connolly (whom Masood calls “Comandan Saab”)? How would you respond to the question Masood asks the captain in the closing lines of the book? What broader answers about war can be delivered in response to the “Why?” of Masood?

Re-read passages from the first chapter. What does this exercise reveal about perception and interpretation, from the word “wire” to the soldiers’ attempts to protect Nizam?

Before reading The Watch, how deep was your understanding of Afghanistan’s history? What can a novel reveal about history that a memoir or history book cannot?

The coda is spoken by Creon in Sophocles’ play Antigone. In that scene, Creon is justifying his actions to his son, who is in love with Antigone. What are your reactions to Creon’s defense? How does it resonate in global politics today?

Which aspects of The Watch echoed themes of mystery and identity in previous Roy-Bhattacharya books you have read?