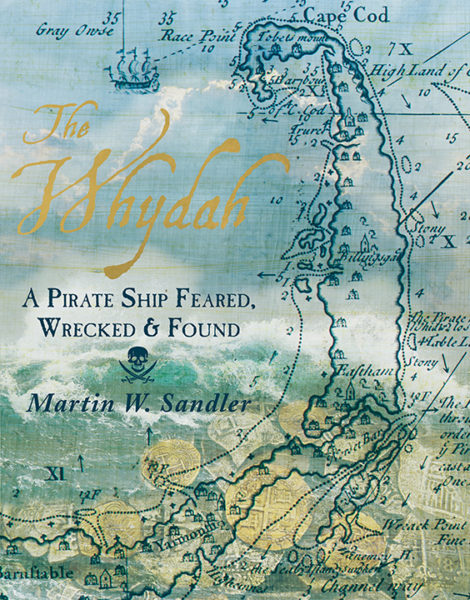 The exciting true story of the captaincy, wreck, and discovery of the Whydah — the only pirate ship ever found — and the incredible mysteries it revealed.

The 1650s to the 1730s marked the golden age of piracy, when fearsome pirates like Blackbeard ruled the waves, seeking not only treasure but also large and fast ships to carry it. The Whydah was just such a ship, built to ply the Triangular Trade route, which it did until one of the greediest pirates of all, Black Sam Bellamy, commandeered it. Filling the ship to capacity with treasure,

The exciting true story of the captaincy, wreck, and discovery of the Whydah — the only pirate ship ever found — and the incredible mysteries it revealed.

The 1650s to the 1730s marked the golden age of piracy, when fearsome pirates like Blackbeard ruled the waves, seeking not only treasure but also large and fast ships to carry it. The Whydah was just such a ship, built to ply the Triangular Trade route, which it did until one of the greediest pirates of all, Black Sam Bellamy, commandeered it. Filling the ship to capacity with treasure, Bellamy hoped to retire with his bounty — but in 1717 the ship sank in a storm off Cape Cod. For more than two hundred years, the wreck of the Whydah (and the riches that went down with it) eluded treasure seekers, until the ship was finally found in 1984 by marine archaeologists. The artifacts brought up from the ocean floor are priceless, both in value and in the picture they reveal of life in that much-mythologized era, changing much of what we know about pirates. 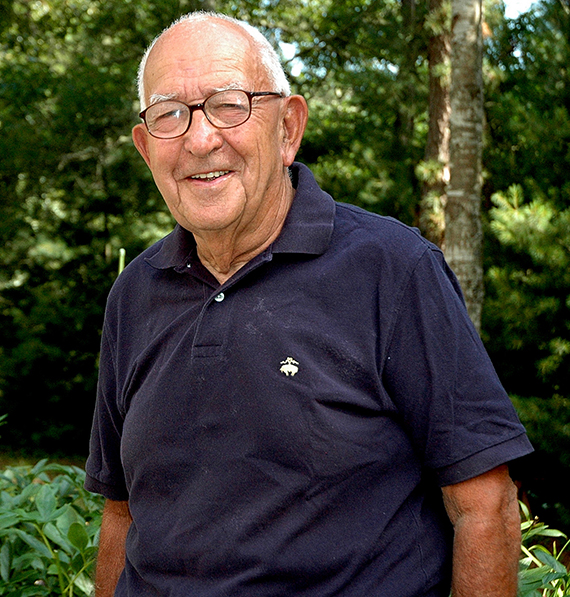 Martin W. Sandler has written more than seventy books for children and adults, including Iron Rails, Iron Men, and the Race to Link the Nation: The Story of the Transcontinental Railroad and The Impossible Rescue: The True Story of an Amazing Arctic Adventure. Martin W. Sandler lives with his wife on Cape Cod.

“A fascinating, vivid look at what one shipwreck reveals about the realities of the ‘Golden Age of Piracy.’” – Kirkus Reviews

1. What realities of life onboard a pirate ship surprised you the most? Did anything you learned in the book shock you?

2. Compare the life of a pirate as described in The Whydah to pirates in movies, television shows, or other books. What are the most obvious differences between fictional pirates and what we know to be historically true?

3. If Maria Hallett really did exist and had a relationship with Sam Bellamy, how does that change history’s perception of Black Sam? How does the story of him as a young man in love change your perception of him?

4. How did the pirates’ Articles of Agreement both contradict and enforce public view of pirates? What do the Articles reveal about law and justice even in an industry as disreputable as piracy?

5. Did any of the Articles of Agreement surprise or amuse you? If you lived under them, how would you feel about each one in turn?

6. Considering the poverty and scant farming, what do you think of the Cape Codders’ attitudes towards shipwrecks?

7. Was any one person or circumstance — the storm, Sam Bellamy, the captain who lied about knowing the coast, Montgomery — to blame for the wreck of the Whydah?

8. What traits would you consider necessary in treasure seekers and marine archaeologists hoping to uncover long-lost wrecks and artifacts?

9. Imagine tracking the news of Barry Clifford’s excavation as it unfolded. Would you have believed right away, as he did, that he’d found the spot where the Whydah was wrecked? If not, which discovery would have convinced you: the cannons? The gold and silver? Or would you have waited until the bell was uncovered to admit Clifford found what he’d been looking for?

10. Which uncovered artifact from the Whydah is most exciting to you? Why?

How did living on Cape Cod shape your story?

You can’t live on Cape Cod without being aware of the Whydah. More years ago than I care to admit, during my college years, I directed a children’s camp in Wellfleet, and I knew the story back then. There’s no way that one can walk along the shore of Eastham or Wellfleet and look out to sea and not say, Is that wreck out there? Am I going to step on coins? But on the Cape, everyone is consumed with the story of how Barry Clifford found the wreck, and with the treasure hunt. To me, that’s not the great story. To me, the neglected story is the great story: the story of the Whydah before it went down. In a single year, Sam Bellamy, who was never a pirate before, became the most successful pirate of all time. How he did that is an amazing story.

What discoveries that you made during your research surprised you the most?

The fact that pirate ships were the greatest democracies the world had ever known until that time. The reason most of these guys became pirates was that they could not stand authority, and so they established a system where you had to vote on everything. You wouldn’t attack a ship until you took a vote on whether you should do it or not. If you wanted the captain out, you voted him out, and that happened to some of the worst, most notorious pirates in the world. It happened to the pirate Bellamy apprenticed under, Ben Hornigold, because he wouldn’t attack English ships.

Were pirates brutal people? You bet. Were they hoodlums? You bet. But under the Articles of Agreement that you signed when you joined a pirate ship, you had the first workman’s compensation in the world: if you lost an arm, you got so much; if you lost a leg, you got so much more. And the equality was extraordinary. They all slept in hammocks, but if there weren’t enough hammocks to go around, even the captains and the officers slept on the deck. The captain’s quarters were open to everybody.

There was also racial equality aboard a pirate ship that didn’t exist on land. There were a large number of people of color, and Native American sailors, including ex-slaves, and they received equal shares, rights, responsibilities, and privileges. Where else are you going to find that in 1717?

The other thing that’s amazing to me is how effectively Bellamy used mariners’ fear of pirates. He captured something like eighty ships in a year, and I don’t know if he ever fired ten shots. All it took was his ship’s coming into sight flying the Jolly Roger, its orchestra playing the most raucous, loud, horrendous music and its pirates with cutlasses in their teeth, getting ready to board.

How were you able to describe marine archaeology so vividly?

I did as much research on that as I did on the rest of the book. Actually, this didn’t start out to be a book on the Whydah; it started out about the whole idea of marine archaeology. I read about the discovery of a ship off the coast of Turkey and how it became the first ship ever excavated archaeologically while still underwater, and I’ve been fascinated by marine archaeology ever since.

With so many books under your belt, what inspires you to keep writing?

The reason I’ve been able to write eighty-five books, and the reason I write three books a year sometimes, is the diversity of subjects. I am the luckiest guy in the world. My offices are upstairs in my house, and I bounce up those stairs every morning. I can’t think of anything better than to start with a blank piece of paper and tell a story. It’s all about telling a story and making it come alive. I used to have a card that said this, but now it’s ingrained in me, so I don’t need the card anymore. It said you couldn’t make it up. You couldn’t make up a story about the Whydah. The truth is too interesting.