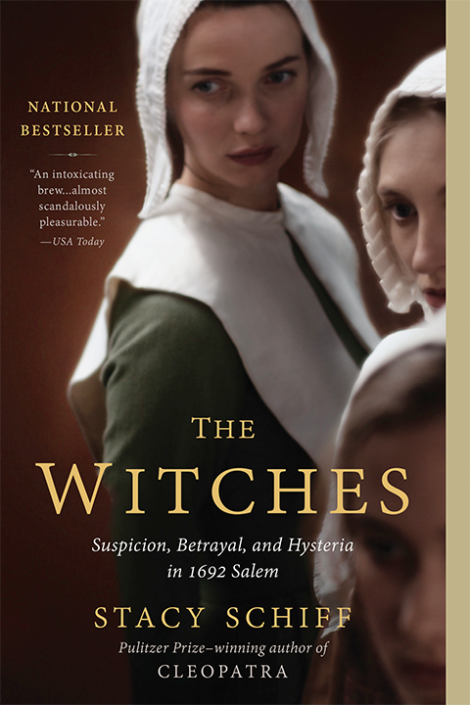 Suspicion, Betrayal, and Hysteria in 1692 Salem

The panic began early in 1692, over an exceptionally raw Massachusetts winter, when a minister’s niece began to writhe and roar. It spread quickly, confounding the most educated men and prominent politicians in the colony. Neighbors accused neighbors, husbands accused wives, parents and children one another. It ended less than a year later, but not before nineteen men and women had been hanged and an elderly man crushed to death.

Speaking loudly and emphatically, adolescent girls stood at the center of the crisis. Along with suffrage and Prohibition, the Salem witch trials represent one of the few moments when women played the central role in American history.

The panic began early in 1692, over an exceptionally raw Massachusetts winter, when a minister’s niece began to writhe and roar. It spread quickly, confounding the most educated men and prominent politicians in the colony. Neighbors accused neighbors, husbands accused wives, parents and children one another. It ended less than a year later, but not before nineteen men and women had been hanged and an elderly man crushed to death.

Speaking loudly and emphatically, adolescent girls stood at the center of the crisis. Along with suffrage and Prohibition, the Salem witch trials represent one of the few moments when women played the central role in American history. Drawing masterfully on the archives, Stacy Schiff introduces us to the strains on a Puritan adolescent’s life and to the authorities whose delicate agendas were at risk. She illuminates the demands of a rigorous faith, the vulnerability of settlements adrift from the mother country, perched-at a politically tumultuous time-on the edge of what a visitor termed a “remote, rocky, barren, bushy, wild-woody wilderness.”

With devastating clarity, the textures and tensions of colonial life emerge; hidden patterns subtly, startlingly detach themselves from the darkness. Schiff brings early American anxieties to the fore to align them brilliantly with our own. In an era of religious provocations, crowdsourcing, and invisible enemies, this enthralling story makes more sense than ever.

The Witches is Schiff ‘s riveting account of a seminal episode, a primal American mystery unveiled-in crackling detail and lyrical prose-by one of our most acclaimed historians. 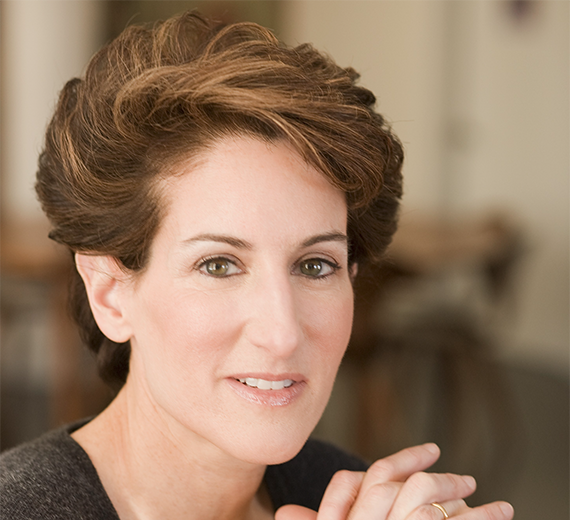 Stacy Schiff is the author of Véra (Mrs. Vladimir Nabokov), winner of the Pulitzer Prize; Cleopatra: A Life, a #1 bestseller and winner of the PEN/Jacqueline Bogard Weld Award for biography; Saint-Exupéry, a Pulitzer Prize finalist; and A Great Improvisation: Franklin, France, and the Birth of America, winner of the George Washington Book Prize and the Ambassador Book Award. Schiff has received fellowships from the Guggenheim Foundation and the National Endowment for the Humanities, as well as an Academy Award in literature from the American Academy of Arts and Letters. She lives in New York City.

“Schiff brings to bear a sensibility as different from the Puritans’ as can be imagined: gentle, ironic, broadly empathetic, with a keen eye for humor and nuance. Thanks to this, and to Schiff’s narrative gifts, the present-day reader flits above New England’s smoky chimneys and thatched rooftops…it is wizardry of a sort—in a flash of brimstone, a whole world made wondrously visible.”—The Atlantic

“Her research is impeccable; no previous writer has scoured the documentary record to such great depth. Moreover, she has mastered the entire history of early New England—from long before to well after the year of the witch-hunt. At relevant points she reaches across the Atlantic to include European witchcraft as well. This enables her to provide deep, richly textured background for specific moments and situations. Indeed, readers may experience her narrative as a virtual tour of the time and place. Her recreation of courtroom scenes is especially convincing; one feels, almost palpably, their pulsating mix of words, actions, and—above all—emotion… Schiff’s skills as a writer extend to such formal matters as structure, pacing, and point of view. The various parts of the narrative unfold in apparently seamless succession. At some points they speed up, at others slow don; however, a reader feels no bumps or jarring turns along the way. She moves in for close-ups and draws back for overviews. Now and again she inhabits her characters, yet she maintains throughout the authority of an omniscient narrator who is firmly in charge.”—John Demos, The New York Review of Books

“Every page of The Witches is almost scandalously pleasurable, the phrases rising, cresting and falling like all the best incantations. [Schiff] casts a spell on you.“—USA Today

1. In The Witches, Stacy Schiff evokes what everyday life was like for the Puritans of Massachusetts. Drawing from Schiff’s descriptions, what about the culture and routines of Puritan society would you say laid the foundation for the explosion of witchcraft?

2. The events of the book take place in the 17th century. Can you imagine something similar taking place today? Can you point to recent current events that have parallels to those Schiff describes?

3. In modern society, there are many who feel strongly that science and a belief in magic are incompatible. Was this also the case in the time of The Witches? How did the popularity of mysticism among highly educated citizens influence the way Puritan authorities handled accusations of witchcraft?

4. Consider the role gender played in the Salem witch trials. Most of those affected—whether in the position of accused or accuser—were female. What do you make of this? What social forces does Schiff suggest may have led to this gender imbalance?

5. Schiff often compares the experiences of the possessed women to the experiences of Joan of Arc, drawing parallels between the visions they had. At a time when women weren’t allowed in the military, Joan of Arc used her visions to justify fighting in the armies of King Charles VII, and went on to become a hero. Think about the place of Puritan women and girls in society at the time of the trials. Did those who claimed to be victims of witchcraft derive a similar power from their visions?

6. Contrast the reactions of the officials—the two Mathers, Judges Hawthorne and Sewall, Parris, Stoughton, and ultimately Thomas Brattle—to the crisis. Who do you think exercised his influence the most responsibly?

7. On page 414 Schiff writes: “In troubled times, we naturally look for traitors, terrorists, secret agents.” What fueled the Puritans’ panic? Identify and discuss examples from your lifetime in which widespread panic has ignited. Were these instances of panic the product of deeper anxieties?

8. Arthur Miller’s The Crucible, one of the most influential literary depictions of the witch crisis, was written and performed during the Red Scare, a period marked by fear of Communism’s influence over American life. What do you suppose prompted Stacy Schiff’s decision to research and write about Salem now, at this moment in history? In what ways do the events that have unfolded in the wake of 9/11 echo the period of the witch crisis?

9. Because of the small size and religious intensity of their community, the Puritans led very public lives, and the power of reputation and shaming provided fertile ground for accusations of witchcraft. With the rise of the internet as replacement for the public square in today’s culture, has the act of shaming become more potent? How so? Does the society you live in place as high a premium on a clean reputation as Puritan society did? The Puritans held each other accountable for their adherence to a shared moral code. Do you find that this is true today? Who holds you accountable?

10. Can you imagine how those in and around the two Salems resumed their normal lives, how families embraced children who had accused now-dead relatives, how neighbors greeted those against whom they had testified, how congregants treated ministers who had denounced their family members? How do you read the various apologies and the timing of those apologies?