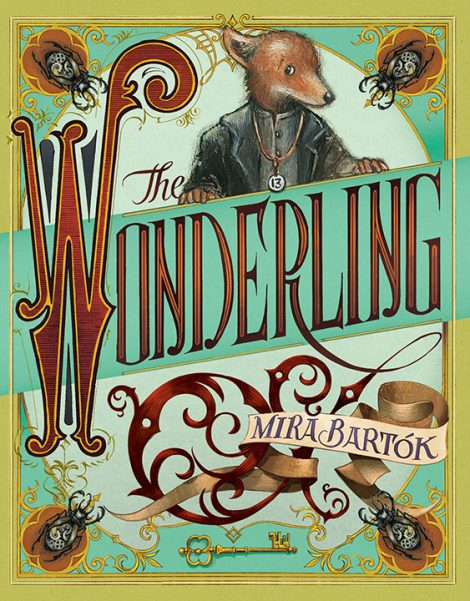 In this extraordinary debut novel with its deft nod to Dickensian heroes and rogues, Mira Bartók tells the story of Arthur, a shy, fox-like foundling with only one ear and a desperate desire to belong, as he seeks his destiny.

Have you been unexpectedly burdened by a recently orphaned or unclaimed creature? Worry not! We have just the solution for you!

Welcome to the Home for Wayward and Misbegotten Creatures, an institution run by evil Miss Carbunkle, a cunning villainess who believes her terrified young charges exist only to serve and suffer.

In this extraordinary debut novel with its deft nod to Dickensian heroes and rogues, Mira Bartók tells the story of Arthur, a shy, fox-like foundling with only one ear and a desperate desire to belong, as he seeks his destiny.

Have you been unexpectedly burdened by a recently orphaned or unclaimed creature? Worry not! We have just the solution for you!

Welcome to the Home for Wayward and Misbegotten Creatures, an institution run by evil Miss Carbunkle, a cunning villainess who believes her terrified young charges exist only to serve and suffer. Part animal and part human, the groundlings toil in classroom and factory, forbidden to enjoy anything regular children have, most particularly singing and music. For the Wonderling, an innocent-hearted, one-eared, fox-like eleven-year-old with only a number rather than a proper name — a 13 etched on a medallion around his neck — it is the only home he has ever known. But unexpected courage leads him to acquire the loyalty of a young bird groundling named Trinket, who gives the Home’s loneliest inhabitant two incredible gifts: a real name — Arthur, like the good king in the old stories — and a best friend. Using Trinket’s ingenious invention, the pair escape over the wall and embark on an adventure that will take them out into the wider world and ultimately down the path of sweet Arthur’s true destiny. Richly imagined, with shimmering language, steampunk motifs, and gripping, magical plot twists, this high adventure fantasy is the debut novel of award-winning memoirist Mira Bartók and has already been put into development for a major motion picture. 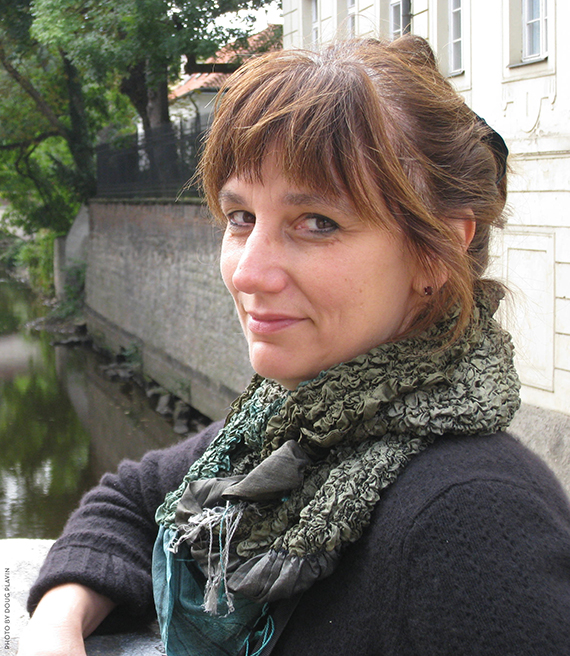 Mira Bartók is a writer and artist whose New York Times best-selling memoir, The Memory Palace: A Memoir, won the National Book Critics Circle Award for Autobiography. The Wonderling is her first novel for young readers. She lives in Western Massachusetts.

“Momentum builds toward a thrilling crescendo and, rarest of all, a wholly satisfying ending that still whets the appetite for a sequel.”—The New York Times Book Review

“Bartók’s language is full of rich description and effulgent inventories of food and places…Bartók’s lovely, detailed illustrations and drawings throughout support the sense of enchantment in this imaginative adventure. Captivating and with great potential as a read-aloud.”—Kirkus Reviews (starred review)

“Bartók’s prose is as alluring as the story she weaves. Every song, every food, every object adds texture to the world, layering the known, the unknown and the magical…A gentle, modern-day nod to the children’s books of old, The Wonderling is a sweet, uplifting adventure.”—Shelf Awareness Pro

2. When Pinecone finds Arthur and Trinket in the forest, he asks them, “Tinkerer, trader, forager, foe?” (page 133). Which would you call yourself, and why? Can you come up with any other words to describe the creatures in this book?

3. The manticore and Miss Carbunkle depend on each other. Is one of them more in control of the other?

4. When he steps inside Pinecone’s house, Arthur thinks, “So this is what a home really is” (page 137). Is it a happy thought? What are some of the emotions you can sense in Arthur at that moment?

5. What did you expect Lumentown to be like, and how did it measure up to your expectations? How do you think it measured up to Arthur’s? What about Gloomintown?

6. Quintus is, as Arthur and Trinket both note, a scoundrel, but one with a good heart. What other characters can you think of that have more complicated motivations than just good or evil?

7. When Arthur first enters Miss Phoebe’s house, her neighbor questions him and spies on him. Why is her assumption that, because Arthur is a groundling, he’s doing something wrong?

8. Why do some of the humans in the book hate groundlings so much?

9. There are elements of our world in The Wonderling—Beethoven, Mozart, legends about King Arthur. Why do you think the author chose to include these bits of our reality in an otherwise imaginary world? Can you think of some other real-life people, stories, or things that would fit well in The Wonderling’s world?

10. Miss Phoebe and Miss Carbunkle are both groundlings, although they keep it a secret and present themselves as humans to the outside world. How common do you think this is among the humans in The Wonderling’s world? Could there be other groundlings passing as humans?

11. Lots of characters in the book talk about King Arthur, and Trinket names Arthur after him. What stories do you know about King Arthur? Do you think Arthurian legends might reveal anything about Arthur’s destiny?

12. At the end of the book, Miss Phoebe and Mr. Pitch disagree over whether Miss Carbunkle is worthy of pity or forgiveness. What do you think?

13. Do you think Arthur will learn more about what it means to be the Wonderling and what his mother believed he was supposed to do? How might it affect his future?