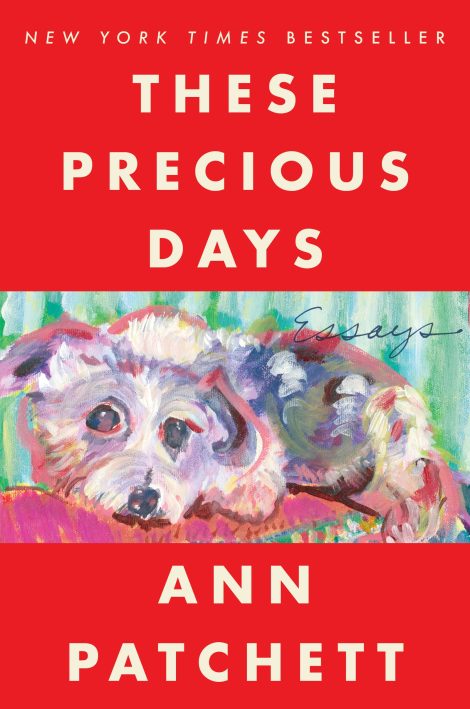 At the center of These Precious Days is the title essay, a surprising and moving meditation on an unexpected friendship that explores “what it means to be seen, to find someone with whom you can be your best and most complete self.” When Patchett chose an early galley of actor and producer Tom Hanks’ short story collection to read one night before bed, she had no idea that this single choice would be life changing. It would introduce her to a remarkable woman—Tom’s brilliant assistant Sooki—with whom she would form a profound bond that held monumental consequences for them both.

A literary alchemist, Patchett plumbs the depths of her experiences to create gold: engaging and moving pieces that are both self-portrait and landscape, each vibrant with emotion and rich in insight. Turning her writer’s eye on her own experiences, she transforms the private into the universal, providing us all a way to look at our own worlds anew, and reminds how fleeting and enigmatic life can be.

From the enchantments of Kate DiCamillo’s children’s books (author of The Beatryce Prophecy) to youthful memories of Paris; the cherished life gifts given by her three fathers to the unexpected influence of Charles Schultz’s Snoopy; the expansive vision of Eudora Welty to the importance of knitting, Patchett connects life and art as she illuminates what matters most. Infused with the author’s grace, wit, and warmth, the pieces in These Precious Days resonate deep in the soul, leaving an indelible mark—and demonstrate why Ann Patchett is one of the most celebrated writers of our time. 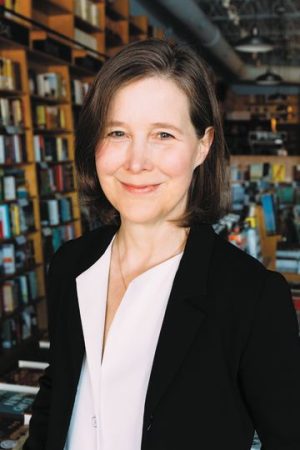 Ann Patchett is the author of eight novels, four works of nonfiction, and two children’s books. She has been the recipient of numerous awards, including the PEN/Faulkner, the Women’s Prize in the U.K., and the Book Sense Book of the Year. Her most recent novel, The Dutch House, was a finalist for the Pulitzer Prize. Her work has been translated into more than thirty languages. TIME magazine named her one of the 100 Most Influential People in the World. She lives in Nashville, Tennessee, where she is the owner of Parnassus Books.

“The elegance of Patchett’s prose is seductive and inviting: with Patchett as a guide, readers will really get to grips with the power of struggles, failures, and triumphs alike.” — Publishers Weekly (starred review)

“Patchett’s heart, smarts and 40 years of craft create an economy that delivers her perfectly understated stories emotionally whole. Her writing style is most gloriously her own.” — New York Times Book Review

“Generous in spirit, animated by a positive outlook and someone who obviously relishes life.”— People

“Ann Patchett is, above all, marvelous company.” — San Francisco Chronicle

The first time I remember seriously thinking about my own death, I was twenty-six years old and working on my first novel, The Patron Saint of Liars. No matter where I went, I carried the entire cast of characters with me—the heroines and heroes and supporting players, as well as the towns they lived in, their houses and cars, all the streets and all the trees and the color of the light. Every day a little bit more of their story was committed to paper, but everything that was still to come existed only in my head. Remembering things is how I work. I didn’t have outlines or notes, and because of that, I was hounded by the thought of stepping off a curb at the wrong moment, or drowning in the ocean (this second scenario seemed more likely, as I was living in Provincetown, Massachusetts, where I swam in the freezing water and was prone to cramps).

Were I to die, I’d be taking the entire world of my novel with me—no significant loss to literature, sure, but the thought of losing all the souls inside me was unbearable. Those people were my responsibility. I’d made them up, and I wanted them to have their chance. The specter of my death stayed with me until the novel was finished, and when it was finished, death lit out for a holiday.

No luck lasts. A few chapters into my second novel, there death was, picking up the conversation exactly where we’d left off. I was living in Montana by then, a state full of potential deaths I’d never thought to worry about: falling off a hiking trail and down the side of a mountain, being hit by a runaway logging truck, being eaten by a mountain lion or a bear. Every trip outside was a meditation on mortality. But when I wrote the last page of that novel, death packed up without a word. Through editing, copyediting, page proofs, book tour, it never crossed my mind that I might break through the solid ice that had formed over the river and be swept away.

When death came back for the third time it was, as always, without fanfare. I was deep into my third novel then, and had been at the job long enough to recognize the pattern.

My professional life has continued to be marked by this on-again, off-again relationship, and, weird as it is, the problem isn’t unique to me. Before she boards a plane, one friend sends me instructions as to where in her house she’s hidden a thumb drive with the files for her uncompleted novel; another friend asks me if I could just finish her book for her if she dies. “I left a Post-it on my computer,” she tells me, “saying you’ll write the end.”

According to my small, unscientific study, writers who were already deep into a project when the pandemic hit were okay going forward, while those of us who had yet to start, or had barely started, froze in our tracks. Death had gotten the jump on me this time; I was worrying about it before I’d even come up with a fully formed idea for a novel. What was the point of starting if I wasn’t going to be around to finish? This didn’t necessarily mean I believed I was going to die of the coronavirus, any more than I believed I was going to drown in the Atlantic or be eaten by a bear, but all those scenarios were possible. The year 2020 didn’t seem like a great time to start a family, or a business, or a novel.

Of course I was still writing essays. I’m always writing essays—eight hundred words on owning a bookstore for a newspaper in London, my ten favorite books of the year for a magazine in Australia, an introduction for a newly reissued classic, maybe a little piece about dogs. Essays never filled my days, but they reminded me that I was still a writer when I wasn’t writing a novel.

That was how I found my loophole: death has no interest in essays.

Why hadn’t I noticed this before? When I wrote my first essay collection, This Is the Story of a Happy Marriage, death didn’t even bother to rattle the windows. The book felt so ridiculously personal that I worried only about whose feelings I might hurt, and gave no consideration as to whether I might step on a snake. I realized that for all the essays I’d written in my life, I’d never once heard the ethereal shush of a scythe being sharpened nearby. Had death wandered off because no immense cast of imagined characters could be obliterated? Or was it because the things I wrote about in essays were true, verifiable?

Were I to abruptly exit in the middle of writing an essay, there would be someone around who, with a certain amount of research, could bring it to conclusion. They might not write it the way I would have, but the same facts would be available to them. Or maybe the facts themselves were the problem. Imagination can be killed but facts are infinitely harder to snuff out. I know it might not seem this way. Time works tirelessly to erase facts—this country works tirelessly—but facts have a way of popping up, their buoyant truth shining all the more brightly with time. Maybe that was why death wasn’t interested in essays; essays don’t die. I decided to go all in.

I began to write longer essays, and I wrote them for myself: Why the sudden desire to get rid of things? What did it mean at this point in my life not to have children? Other essays came out of conversations I had with friends, most notably the piece about my three fathers. After my friend Kate’s father died, she told me she was going to write about him. I’d been thinking of writing about my own three fathers for fifteen years but had never found the courage to follow through. I asked her if I could tag along. Writing is such solitary work, but in this case her companionship made me brave.

It wasn’t until I wrote the title essay, “These Precious Days,” that I realized I would have to put a book together. That essay was so important to me that I wanted to build a solid shelter for it. I started writing more essays. I went back and looked at other pieces I’d written in the past few years. Most of them I ignored, but those that were strongest I took apart and wrote again. It’s a wonderful thing to be able to go back to something that’s a couple of years old, see the flaws in the fullness of time, and then have the chance to make corrections and polish it up—or in some cases, throw the whole thing out and write a better version. That’s something I never get to do with novels. Through these essays, I could watch myself grappling with the same themes in my writing and in my life: what I needed, whom I loved, what I could let go, and how much energy the letting go would take. Again and again, I was asking what mattered most in this precarious and precious life.

As for death, I have remained lucky. Its indifference has never waned, though surely it will circle back for me later. Death always thinks of us eventually. The trick is to find the joy in the interim, and make good use of the days we have.