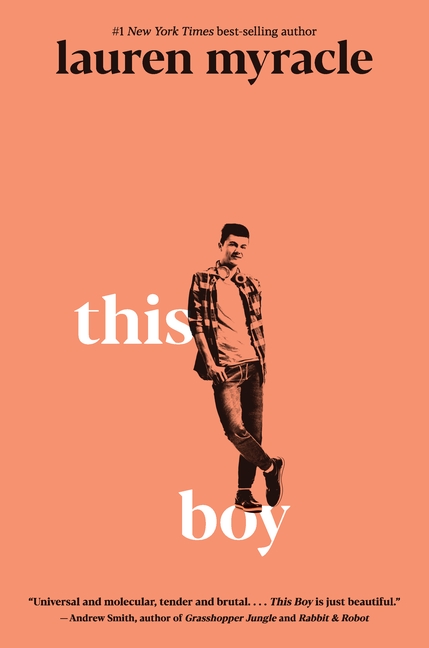 Paul Walden is not an alpha lobster, the hypermasculine crustacean king who intimidates the other male lobsters, beds all the lady lobsters, and “wins” at life. At least not according to the ego-bursting feedback he’s given in his freshman seminar. But Paul finds a funny, faithful friend in Roby Smalls, and maybe — oh god, please — he’s beginning to catch the interest of smart, beautiful Natalia Gutierrez. Cruising through high school as a sauced-out, rap-loving beta lobster suits Paul fine, and if life ever gets him down? Smoke a little weed, crunch a few pills . . . it’s all good.

Paul Walden is not an alpha lobster, the hypermasculine crustacean king who intimidates the other male lobsters, beds all the lady lobsters, and “wins” at life. At least not according to the ego-bursting feedback he’s given in his freshman seminar. But Paul finds a funny, faithful friend in Roby Smalls, and maybe — oh god, please — he’s beginning to catch the interest of smart, beautiful Natalia Gutierrez. Cruising through high school as a sauced-out, rap-loving beta lobster suits Paul fine, and if life ever gets him down? Smoke a little weed, crunch a few pills . . . it’s all good.

But in the treacherous currents of teenage culture, it’s easy to get pulled under. With perfect frankness, Lauren Myracle lays bare the life of one boy as he navigates friendship, love, loss, and addiction. It’s life at its most ordinary and most unforgettable.

Lauren Myracle brings her signature frank, funny, and insightful writing to this novel of a teenage boy’s coming-of-age. 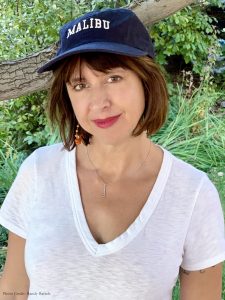 Lauren Myracle is the best-selling author of many novels for middle-grade and young adult readers, including the Internet Girls series (ttyl; ttfn; l8r, g8r; and yolo), the Winnie Years series, the Wishing Day trilogy, and others. She lives with her family in Fort Collins, Colorado.

“This is Lauren Myracle at her best! No punches pulled. A funny, true, rugged story about love and family and jealousy and chance: the chaotic mess that is teenage life.” —Chris Crutcher, author of Staying Fat for Sarah Byrnes

“This Boy is at once universal and molecular, tender and brutal; a graceful, engaging four-year journey through friendship, love, and life that will rough you up with honesty while quietly etching its characters deeper and deeper into your heart. Lauren Myracle has done it again.” —Andrew Smith, author of Grasshopper Jungle

“Myracle’s depiction of Paul, his deep friendship with Roby, his relationship with his mom, and his first love with Natalia (a strong and multidimensional young woman) will snag readers, both reluctant and voracious, as they root for each of them to make it through the difficult realities of life, high school, and love.” —School Library Journal

“Myracle does a superbly vivid job of handling Paul’s friendship with Roby, his love for Natalia, and his later addiction. More than a simple cautionary story, this is a deeply felt, highly empathetic exercise in survival and a celebration of friendship.“ —Booklist

1. Describe Paul and how he changes during the story’s four years. What are the most important events of those years, and how does he respond to those events? What are some of the mistakes that he makes? What does he learn along the way?

2. Why do you think the author chose to spread the book over four years? What are the advantages of a long time span for this story? What difference would it make if the book covered only senior year? Discuss the title and the opening quote: “There is a monster at the end of this book.”

3. Paul’s relationship with his mother is central to his life. What is his mother like? How does Paul feel about her? How does their relationship change? Discuss the role of Paul’s father in his life, past and present, and how Paul feels about him.

4. How does Paul meet Roby? What is significant about their first meeting, which Paul describes in the opening pages? How does that scene foreshadow the rest of the story and set the tone for it?

5. Summarize the scene in the classroom when Stevie reports on lobsters. What does he say about male lobsters? How does he apply it to teenage boys? How do Roby and Gertrude respond? Why doesn’t Paul stick up for Roby?

6. The lobster discussion brings up the topic of males and sex, which continues throughout the novel. What is Paul’s attitude toward girls and sex? What about pornography? Does his attitude change? How is he influenced by his mother?

7. Describe Roby and his friendship with Paul. What do they do together? Why do they like each other? Discuss their similarities and differences. How do they influence each other?

10. After Paul and Natalia start their romance, why does Paul delay telling Roby about it? How does the romance come between them? How does Roby handle it when Paul finally tells him? What does that show about Roby and about their friendship?

11. Even once Paul has apologized and Roby has accepted the apology, the relationship between Paul and Natalia affects Paul’s friendship with Roby. Describe what happens the night of the party in chapter twentyfive. Where is Natalia? What would she like Paul to be doing? Why does he choose to stay with Roby? Discuss what makes the situation a “champagne problem”—or at least a “Pabst Blue Ribbon problem” (page 185).

12. Paul is more drawn to drugs than Roby or Natalia is. What are some of the drugs he tries? What does he continue to use? What does he like about using drugs? What role does Monty have in Paul’s drug use? Where else does Paul get drugs?

13. Describe Paul’s reaction to Roby’s death and why he says “the seesaw fell out of balance” (page 215). How does he use drugs to deal with Roby’s death? What effect does the drug use have on his relationships with his mother and Natalia? How does the loss of Roby affect his drug use?

My friendship with Roby Smalls began in the men’s room, the two of us pissing side by side into our respective urinals. We were fourteen. We’d seen the same movie at the Co-Ed Cinema, though we hadn’t seen it together, by which I mean we hadn’t bought our tickets together or sat together. Yes, our eyeballs processed the images at the same time in the dark theater, but it wasn’t until the movie ended and we both went on our own to the restroom with its sticky floor and flickering light and overflowing trash can that we had, you know, our special moment.

Not like that. I’m only about the ladies. Plus, homophobia is so last century.

Roby sniffled first. Then I sniffled. Piss against porcelain, the buzzing of the fluorescent tube, and the two of us sniffling back and forth, struggling not to cry because of how damn sad the movie had been.

It’s not important which movie it was. It could have been any movie, any of a dozen movies that summer that were devastating and real and happened to be way better than I’d expected when Mom threw out the idea and I said sure, because, as she pointed out, it was a good way to escape North Carolina’s sweaty August heat. Plus, popcorn.

It was A Star Is Born, all right?

After the third or so back-and-forth urinal sniffle, I glanced at Roby. I gave him a quick nod, which he returned. And then we shook our dicks and washed our hands, and that was that.

It was the most authentic man-to-man conversation I’d ever had.

Two weeks later, high school started. Roby turned up in my freshman year seminar, and I recognized him straightaway. But I didn’t blurt out, “Whoa, you’re the dude from the men’s room. We both sniffled and tried not to cry, remember?”

He recognized me, though. I know because he gave me the same nod in class that he’d given me in the restroom. He looked sheepish, but also amused, by which I mean that he owned it. Like, Yeah, you caught me out, but I caught you, too. Anyway — admit it — don’t you think it’s kind of funny?