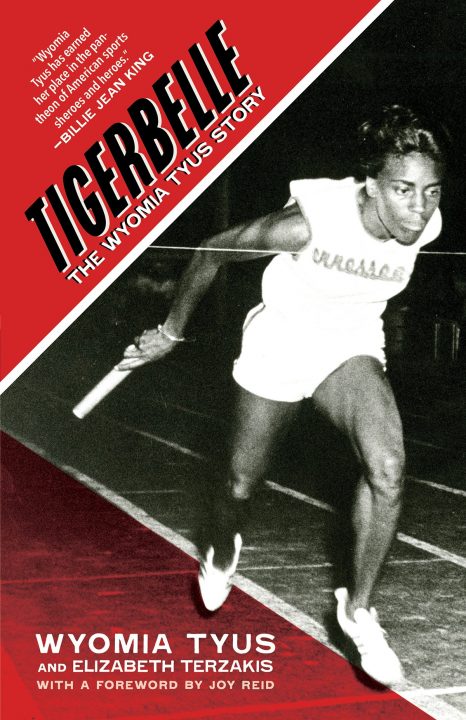 The Hidden Figures of sport,

The Hidden Figures of sport, Tigerbelle helps to fill the gap currently occupying Black women’s place in American history, providing insight not only on what it takes to be a champion but also on what it means to stake out an identity in an often hostile world. Tyus’s exciting and uplifting story offers inspiration to readers from all walks of life.

With a foreword by MSNBC host Joy Reid, and an afterword by sportswriter Dave Zirin. 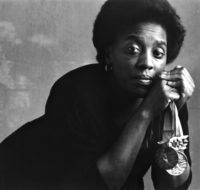 Wyomia Tyus was born and raised in Griffin, Georgia. She attended Tennessee State University in Nashville and ran under the tutelage of visionary coach Ed Temple as a member of the Tigerbelles until she graduated in 1968. A four-time Olympic medalist, and the holder of multiple world records, Tyus was also a supporter of the Olympic Project for Human Rights during the 1968 Olympics, doing her part to promote justice for oppressed people around the world. As a founding member of the Women’s Sports Foundation, she continues to advocate for women’s equality in sports to this day. Tigerbelle: The Wyomia Tyus Story is her first book.

Elizabeth Terzakis teaches English and creative writing at a community college in Northern California. Her fiction has appeared in New England Review, Minerva Rising, Solstice, and Birdland Journal, and her nonfiction publications include articles on the global AIDS crisis, education, free speech, human nature, and capital punishment. Tigerbelle is her first book.

“Read it: For an important memoir of Wyomia Tyus, the first athlete to successfully defend an Olympic 100-meter title, winning in 1964 and 1968. From a tenant dairy farmer to a Tennessee State Tigerbelle to an Olympic champion, she reveals the struggles she faced to get to the top as well as the challenge to gain recognition as a black female athlete.” —Women’s Running Magazine

“A half-century after her triumph, a record-setting Olympic champion recieves her due…[Tyus] has lived a life of accomplishment and meaning. An inspirational story that deserves to be told.” —Kirkus Reviews

1. Wyomia’s parents were able to carve out a “safe haven” from the conflict and oppression of the Jim Crow South. What were the crucial elements of the shelter they created? How might their views on parenting, interracial relations, and gender have helped Wyomia to become a champion?

3. Initially, Wyomia turned to sports as a means of coping with loss. What benefits did she accrue by managing her grief through athletic competition? What does her experience suggest about the impact of restrictions on girls and women in sports?

4. Chapter 3 contains examples of “body shaming” (the action or practice of humiliating someone by making mocking or critical comments about their body shape or size) on pages 69 and 89. How are these examples similar and different? What is the effect of each? How are conventional notions of femininity expressed and resisted in the text?

5. One of the “doors” track opens for Wyomia is the gateway to international travel; she counts her trips to the USSR and Poland, to Tokyo for her first Olympics, and to Africa as a Goodwill Ambassador as major growth experiences. How were the countries that she visited different from the United States? In what ways did she grow in each of these places?

6. What aspects of Mr. Temple’s program and the women’s personalities enabled Wyomia and Edith McGuire to maintain their friendship?

7. Wyomia returned from the 1964 Olympics to a parade through the Black neighborhood of Atlanta and “college as usual.” Overall, was this lack of fanfare helpful, harmful, or a mixture of both? How did Wyomia’s perspective at the time differ from her view of these events years later? To what do you attribute this change?

8. Wyomia reflects at length on the strategies and tactics of the Civil Rights Movement in general and Dr. Martin Luther King Jr. in particular in chapter 5 and returns to the theme of organizing in chapters 8 and 14. According to Wyomia, what combination of organizational ingredients is most effective? How do her views on movements reflect the lessons she learned from her parents as a child?

9. Despite her injuries and temporary lack of motivation, Wyomia qualifies for the 1967 Pan American Games and the 1968 Olympics. How was she able to accomplish this feat?

10. Discuss the separate and not equal locations and conditions of the men’s and women’s training camps for the 1968 Olympics. What best explains this disparity?

11. According to Wyomia, Mr. Temple felt that political protest at the 1968 Olympics was part of the reason her groundbreaking feat was ignored; Wyomia remarks that it was either that or that she is a Black woman. Which of these two explanations makes most sense? How do they interact?

12. Throughout the book, personal growth is an important concept to Wyomia. After retiring from Olympic competition, how does she nurture her own growth? Why does she feel it is important to “bring her children South”?

13. Why was working as a naturalist for the Los Angeles Unified School District the perfect job for Wyomia? How did it bring her full circle?

14. Part of Mr. Temple’s legacy is the Tigerbelle’s network of mutual support. Where else in the book is mutual support significant? How does it fit in to Wyomia’s ideas about organizing?

15. At the end of the book, Wyomia discusses what has changed and what has remained the same for Black women, women in general, Black people in general, and society as a whole. How would you characterize her outlook? In your view, is her outlook justified?