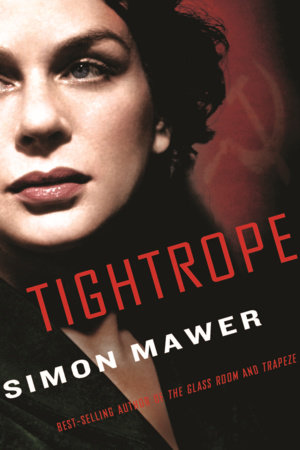 An historical thriller that brings back Marian Sutro, ex-Special Operations agent, and traces her romantic and political exploits in post-World War II London, where the Cold War is about to reshape old loyalties

As Allied forces close in on Berlin in spring 1945, a solitary figure emerges from the wreckage that is Germany. It is Marian Sutro, whose existence was last known to her British controllers in autumn 1943 in Paris. One of a handful of surviving agents of the Special Operations Executive,

An historical thriller that brings back Marian Sutro, ex-Special Operations agent, and traces her romantic and political exploits in post-World War II London, where the Cold War is about to reshape old loyalties

As Allied forces close in on Berlin in spring 1945, a solitary figure emerges from the wreckage that is Germany. It is Marian Sutro, whose existence was last known to her British controllers in autumn 1943 in Paris. One of a handful of surviving agents of the Special Operations Executive, she has withstood arrest, interrogation, incarceration, and the horrors of Ravensbrück concentration camp, but at what cost? Returned to an England she barely knows and a postwar world she doesn’t understand, Marian searches for something on which to ground the rest of her life. Family and friends surround her, but she is haunted by her experiences and by the guilt of knowing that her contribution to the war effort helped lead to the monstrosities of Hiroshima and Nagasaki. When the mysterious Major Fawley, the man who hijacked her wartime mission to Paris, emerges from the shadows to draw her into the ambiguities and uncertainties of the Cold War, she sees a way to make amends for the past and at the same time to find the identity that has never been hers.

A novel of divided loyalties and mixed motives, Tightrope is the complex and enigmatic story of a woman whose search for personal identity and fulfillment leads her to shocking choices.

Simon Mawer was born in 1948 in England. His first novel, Chimera, won the McKitterick Prize for first novels in 1989. Mendel’s Dwarf (1997), his first book to be published in the U.S., was long-listed for the Man Booker Prize and was a New York Times Book to Remember for 1998. The Gospel of Judas, The Fall (winner of the 2003 Boardman Tasker Prize for Mountain Literature), and Swimming to Ithaca followed, as well as The Glass Room, his tenth book and eighth novel, which was short-listed for the Booker Prize. Trapeze (Other Press) was published in 2012.

“The characters in Simon Mawer’s latest spy thriller, Tightrope, set in the gray, exhausted, murky days of post-World War II England, spend a lot of time in tense encounters that pivot on the issue of who knows what, and who’s telling the truth about it…[Mawer] brings a fine sense of story, an intriguing plot and a lovely way with a sentence…Tightrope is full of satisfying twists, and we can’t help cheering for its tough, resourceful heroine…” —The New York Times

“Heroine/’traitor’ Marian, introduced in Trapeze, is compelling and complicated. …Excellent for historical thriller readers and those interested in the dawn of the nuclear era.” —Library Journal

“Mawer is a skillful writer and this is a sophisticated, deviously constructed story of a woman who finds her true self in the distorting mirrors of the intelligence game.” —The Sunday Times (UK)

In one conversation with Absolon, the narrator explains that Marian “felt like [she was] walking a tightrope, feeling the balance, knowing that a slight shift to either side might be fatal” (328). What does the “tightrope” of the title refer to?

Marian and Sam (the narrator) spend a weekend putting together a puzzle of “Millais’s painting of Ophelia drowning” (169). Sam returns to the image of the drowning Ophelia again and again. What does this image symbolize? Are there any similarities between Marian and Ophelia?

Describe Marian’s relationship with language. (See “Words don’t do it, do they?” p 223; “…once out in the open [her experiences] would be transformed by words, a string of words, into something that would never match the reality” p 194; “Her mind stumbled over…meanings and implications, all the hidden connotations in the code of ordinary language” p 141.)

When she hears about the bombs being dropped on Hiroshima and Nagasaki Marian experiences deep feelings of guilt. What is Marian’s relationship with guilt? What else does she feel guilty about? When does she express an absence of guilt?

Tightrope is narrated not by Marian, but by Sam, an acquaintance of hers. He often intrudes on the narrative to draw attention to the fact that it’s something he’s constructing (see “I confess, I’ve made this up” p 196). How does his voice affect the narrative of the novel?

On page 496 Marian says “I’ve never been very faithful to one man, have I, Sam?” Why do you think Marian’s sexuality is such a major aspect of the novel?

What is the difference between how the public world sees Marian and how she sees herself? Is there ever a person Marian interacts with who comes close to understanding her as she understands herself, or does she remain singular, aloof?

Throughout Tightrope Marian often finds herself feeling or actually being naked. How does her relationship with nakedness change and fluctuate over the course of the novel?

Marian uses several names over the course of the novel: Marian Sutro, Genevieve Marchal, Laurence Follette, Anne Marie Laroche. What does the use of so many names signify about her sense of identity?

At the end of the novel we learn that Marian has written a biography. She says it’s about “When [she] was a heroine” (p 498). What kind of a heroine is Marian Sutro?