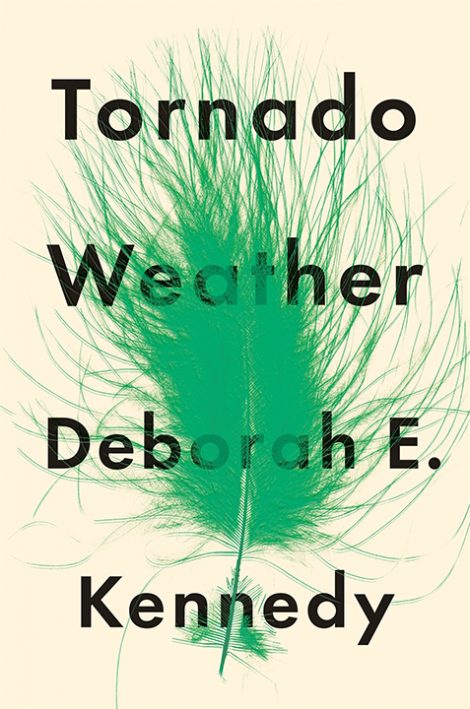 Five-year-old Daisy Gonzalez’s father is always waiting for her at the bus stop. But today, he isn’t, and Daisy disappears.

When Daisy goes missing, nearly everyone in town suspects or knows something different about what happened. And they also know a lot about each other. The immigrants who work in the dairy farm know their employers’ secrets. The hairdresser knows everything except what’s happening in her own backyard. And the roadkill collector knows love and heartbreak more than anyone would ever expect. They are all connected, in ways small and profound, open and secret.

Five-year-old Daisy Gonzalez’s father is always waiting for her at the bus stop. But today, he isn’t, and Daisy disappears.

When Daisy goes missing, nearly everyone in town suspects or knows something different about what happened. And they also know a lot about each other. The immigrants who work in the dairy farm know their employers’ secrets. The hairdresser knows everything except what’s happening in her own backyard. And the roadkill collector knows love and heartbreak more than anyone would ever expect. They are all connected, in ways small and profound, open and secret.

By turns unsettling, dark, and wry, Kennedy’s powerful voice brings the town’s rich fabric to life. Tornado Weather is an affecting portrait of a complex and flawed cast of characters striving to find fulfillment in their lives – and Kennedy brilliantly shows that there is nothing average about an average life. 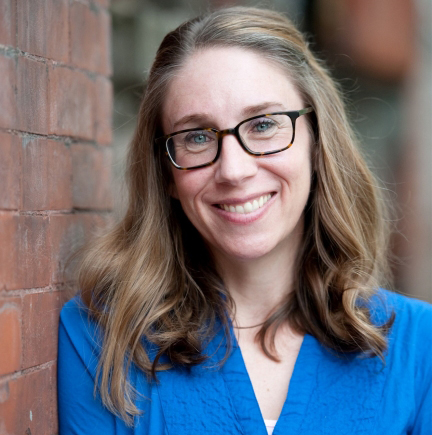 Deborah E. Kennedy is a native of Fort Wayne, Indiana and a recent graduate of the Iowa Writers’ Workshop. Kennedy has worked as both a reporter and editor, and also holds a Master’s in Fiction Writing and English Literature from Miami University in Oxford, Ohio. Tornado Weather is her debut novel.

“Captures the warped and isolated landscape of today’s American Midwest…Though this story is hung on a child gone missing and a tornado on the horizon, the focus is the flawed folks who people it. The author is a fine mimic, inhabiting her characters in such a way that we know them from the inside out….Kennedy’s superb chorus leaves an indelible impression.”—Publishers Weekly

“As Kennedy takes readers from the trailer park to the McMansions, from the laundromat to the psych ward, she brings this flailing Midwestern town to life. She creates a rich chorus of distinct and authentic voices.”—Kirkus Review

“Moving debut novel…Kennedy’s writing is very good, and her dialogue rings true and keeps the stories moving…Kennedy has painted a distinctive picture of a Midwestern blue-collar town that will remind readers of Richard Russo’s work. Fans of Did You Ever Have a Family, by Bill Clegg, will also find much to admire.”—Booklist

1. In the chapter “Where They Killed All the Indians,” Fikus finds himself overcome by a feeling of dread that he chalks up to the weather and the horoscope he read that morning. He also tells Daisy a story about an Indian slaughter that took place on the land that would someday become the Bottoms. When reading this section, did you find yourself convinced by Fikus’s suspicions or did you write them off as mere superstition?

2. Gordy, in “Spilled Milk,” is an undercover journalist working at the Yoder Dairy. In the course of his research, he falls in love with Maria and finds himself friends with many of the residents of the Ranasack Apartments. He seems conflicted by his role as muckracker. Do his ends justify his means? If you’d been given Gordy’s assignment, would you have taken it? If so, what kind of article would you write?

3. In “Collarsville,” Renee laments her state as a poor kid in a world ruled by Mr. Gonzalezes, Marissa the Italian Sluts, and Benny Bradentons. Do you sympathize with Renee’s plight or do you see her as an unreliable narrator? What do you think is going through Mr. Gonzalez’s mind while he eats dinner with Renee, Hank, and Uncle Scottie? Why do you think Renee takes Mr. Gonzalez’s hand at the end of the chapter?

4. For much of “Blood Curse,” Shannon seems paralyzed. She is unhappy in her relationship with Josh but stays in it anyway. She objects to Mr. Breeder’s “No Mexicens” sign but says and does nothing about it. She has a chance to tell Rhae Anne that Rhae Anne’s partner is unfaithful to her but doesn’t take it. Is Shannon’s act of rebellion at the completion of the chapter an effective way to end her paralysis? What did you think is about to change for Shannon?

5. Birdy Yoder is hospitalized for opiate addiction in “Natural Disasters.” She blames her husband’s decision to hire undocumented workers for her recent withdrawal from the world. Do you find this blame well placed? Why or why not? What is the meaning of the dream Birdy has about her dad winning the big dog for her at the fair? And that of the tornado that turns her into her house which is not her house?

6. Randy Richardville does not enjoy being a police officer. Everywhere he looks, there are red herrings and false witnesses and seeming clues that lead nowhere. Why do you think Randy is unable to solve the crime of Daisy’s disappearance? And that of Daisy’s mother’s death?

7. In “Honor,” Winter is infatuated with an Iraqi woman. Whether or not she is indeed killed for accepting a ride in Hoosier, Kenny’s squad’s Humvee, is left ambiguous. What do you think happens to her? Is she the same woman that, at the end of the story, is confronted by Henzlick and told to go home? Or is that woman, as Kenny presumes, her sister? What, in your opinion, would be Winter’s conclusion about that moment, and if she was murdered in an honor killing, do you think the soldiers hold any responsibility for giving her that ride?

8. In “Wallflower,” while styling Marissa Marino’s hair for the prom, Rhae Anne thinks to herself, “It wasn’t enough. It would never be enough.” What do you think she means? Why would she feel this way?

9. Shellie Pogue is angry when “Your Sister’s Keeper” begins. Not only has her leadership position in the Saturday knitting circle been usurped by Ruby Rodgers, but she has lost her daughter to drug use, her best friend, Helen, to pacificism, and her town to the undocumented. When the circle makes the decision to pay the grieving Helen a visit, why do you think Shellie goes along? And why does she volunteer to begin digging a hole so that Helen can get her wish and bury her grandson in her backyard? Because of how the ending is written, it’s difficult to discern who utters the word “Go.” Who do you think is speaking here? How is the message of the chapter affected by the answer to that question?

10. Tiara suggests to Fikus in “Elderly Care” that she and Daisy are victims of circumstance, wishing she lived in Wyndham-on-the-River with Alex rather than in Maple Leaf Mobile Home Park, where little boys hang kittens with telephone cords. Do you agree with Tiara? That our relative success in life is determined by the luck—or lack of luck—of birth? Why do you think Tiara chooses to spend her time with Fikus, when he obviously thinks she is far too smart a companion for him?

11. Irv Peoples is a lonely man scraping flesh off the pavement. Then, while on his rounds as the county road collector, he picks up an ailing dog. How does the act of bringing a living animal into his life change his outlook on his job? Why does Irv decide to help Fikus in his search for Daisy? Do you believe Fikus when he tells Irv that he once slept with Rita? Why or why not? At the conclusion of “The Pretty Faces,” Irv chases after Pooch, hoping to change the story. What did you initially think Irv would find?

12. In “Paradise,” Tiara attends a church service, hoping to get some answers. One thing that makes this story unusual is its point of view. How does the fact that it’s written in second person effect the way you read this chapter? What do you think about Tiara’s mermaid necklace? Is it literally burning her? Or is that just her guilt manifesting itself in an unusual way?

13. Like Tiara, Trevor Hochstetler is tortured by guilt over Daisy’s disappearance, and his guilt is a result of the fact that he knows what has happened to her but has kept that fact to himself. Why do you think he does this? When you first read this chapter, did you think Trevor really heard what animals had to say, or were you under the impression that the voices were a symptom of mental illness? The F5 tornado Trevor is sure is coming does not happen until later in the book. Why might this be?

14. In “Damage Waiting to Happen, Collateral and Otherwise,” we get six voices in rapid succession. How did the micro-fiction aspect of this chapter strike you? Which voice did you find yourself most drawn to and why? In this section, two of the arguably least sympathetic characters in the novel—Brianna Pogue and Helman Yoder—get their say. Did encountering their perspectives change your opinion about them in any way? Why or why not? Do you agree with Cat Richardville’s assessment of romantic love?

15. Many of the characters in this book are overcome by shame at one time or another. Viv Hochstetler’s shame arises from what she considers to be her voyeuristic scrapbook full of Daisy disappearance memorabilia. Also from a hunch that she’s been neglecting Trevor, and that her neglectful treatment could be why Trevor kept his knowledge about Daisy’s death a secret. Do you think Viv’s shame is justified? And what about her interest in Mexican culture—is it, in your opinion, a form of cultural appropriation, or is it benign if such interest is rooted in kindness and curiosity?

16. Chuck Breeder and Maria Pinto have every reason to dislike each other, yet “Enemies” ends with a silent declaration of truce. Why do they come to this uneasy understanding? Are you convinced by their mutual change of heart, or are you more on the side of Nina, who, before she died, called Collierville’s turn toward being a more unified town “bullshit white-guilt charity bullshit?” Did the reveal behind Daisy’s mother’s death (implicating Renee’s mother and her Irish limb salesman boyfriend) surprise you? Why or why not?

17. “Reincarnation” makes it clear that Tornado Weather is not a book that follows the strict tenets of realism. Did the magical element in this final chapter change the way you saw other chapters, or the book in general? How did you feel about the ending?

18. What do you think of Daisy’s fate? And of Hector’s new relationship with Viv and Trevor? Toward the end of the last chapter, Daisy concludes that it is not productive to avoid or try to erase painful parts of our history. Rather, those painful moments are layers that build up and make us who we are. Do you agree with that idea? Why or why not?