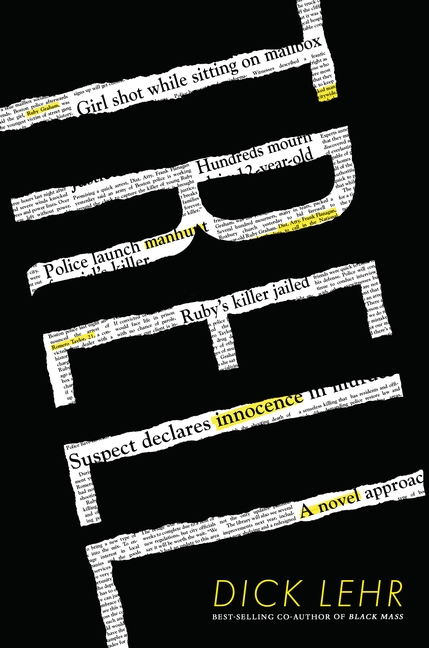 From the co-author of Black Mass comes a gripping YA novel inspired by the true story of a young man’s false imprisonment for murder — and those who fought to free him.

On a hot summer night in the late 1980s, in the Boston neighborhood of Roxbury, a twelve-year-old African-American girl was sitting on a mailbox talking with her friends when she became the innocent victim of gang-related gunfire. Amid public outcry, an immediate manhunt was on to catch the murderer, and a young African-American man was quickly apprehended, charged, and—wrongly—convicted of the crime.

From the co-author of Black Mass comes a gripping YA novel inspired by the true story of a young man’s false imprisonment for murder — and those who fought to free him.

On a hot summer night in the late 1980s, in the Boston neighborhood of Roxbury, a twelve-year-old African-American girl was sitting on a mailbox talking with her friends when she became the innocent victim of gang-related gunfire. Amid public outcry, an immediate manhunt was on to catch the murderer, and a young African-American man was quickly apprehended, charged, and—wrongly—convicted of the crime. Dick Lehr, a former reporter for the Boston Globe’s famous Spotlight Team who investigated this case for the newspaper, now turns the story into Trell, a page-turning novel about the daughter of an imprisoned man who persuades a reporter and a lawyer to help her prove her father’s innocence. What pieces of evidence might have been overlooked? Can they manage to get to the truth before a dangerous character from the neighborhood gets to them? 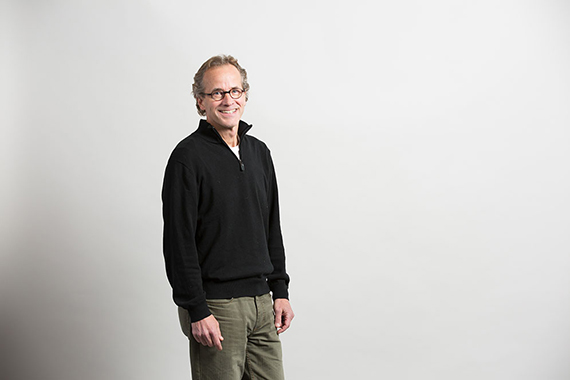 Dick Lehr is the co-author, with Gerard O’Neill, of Black Mass, a New York Times bestseller about Boston crime boss Whitey Bulger, which was made into a film starring Johnny Depp. His most recent book is The Birth of a Movement, which Booklist deemed in a starred review “a remarkable look at the power of mass media and the nascent civil rights movement at a pivotal time in American history.” The book was adapted into a PBS documentary that aired on the network’s primetime show, Independent Lens, in February 2017. Dick Lehr is a former reporter for the Boston Globe and now teaches journalism at Boston University. He lives near Boston.

“Lehr’s background as a journalist results in a story full of details that might not otherwise be captured…The young heroine’s voice and determination to prove the truth are inspiring in this intriguing take on a 1980s crime.”—ForeWord Reviews

“Lehr covered the inspiring true story behind this one as a journalist and brings to light many of the important details not only of the case, but of the public conversation that surrounded Boston at the time—and does to this day…This tale of the fallout from the war on drugs recognizes one family’s resolve as it hammers home the failures of public policy and the court system to uphold justice for all.”—Kirkus Reviews

“Based on events involving the accidental shooting death of an African American girl, the crack-fueled gang culture of 1980s Boston, and the ensuing outrage, this book will resonate with today’s teens. Trell is an appealingly gutsy heroine whose belief in her father is strong enough to drag an attorney and a down-on-his-luck journalist into her orbit…Younger YA readers will enjoy this fast-paced thriller.”—School Library Journal

1. True Grit is the name of Trell’s favorite novel. It’s also a good description of her temperament. What do you think is her finest moment in this story? Why?

2. Many families fall apart during hard times. How do the Taylors keep themselves together? How are they able to overcome the practical problems and emotional strains of Romero Taylor’s long incarceration?

3. Trell lives in Roxbury, a largely poor and African-American section of Boston. Why is there so much distrust of the police in her neighborhood? Should there be? Are law enforcement officers trusted in your community? Why?

4. At home in Roxbury, Trell is friendly and talkative, but when she starts at the Weld, an exclusive private school, “I basically went mute,” she says (page 8). Why? What does “To Certain Intellectuals,” a poem by Langston Hughes, mean to her?

5. When her advisor at the Weld School promises, “I’m here for you,” Trell thinks, Really? Here for me? You don’t know anything, Mr. “I’m so hip” Rowe (page 7). What does Mr. Rowe assume about Trell? What prejudices does he have about her community?

6. The murder of young Ruby Graham shocked the city of Boston in 1989. Why did it attract so much attention? How was the tragedy exploited by the media and by public officials? Is Trell another victim of the shooting? Why?

7. Nora Walsh is already overworked, and the Taylor family can’t afford to pay her, so why does she agree to be Romero Taylor’s lawyer? What makes his case so important to her?

8. “I don’t like waiting,” Trell says about herself. “I like moving” (page 187). Why are both important? How does patience help her to free her father? How does action?

9. This novel takes place in the early 2000s, more than a decade after the crack cocaine epidemic swept through Roxbury. How did Trell’s father get caught up in the drug trade? How did crack cocaine almost destroy his community?

10. Trell’s father didn’t kill a little girl, but that doesn’t mean that he’s an innocent man. How does Trell react when she learns the extent of her father’s past criminal activity? How does he explain his actions? Would you be able to forgive him if he were your father? Why?

11. Romero Taylor isn’t the only character who earns a second chance in this novel. Discuss how Clemens Bittner and Detective Richard Boyle also find ways to make amends for past mistakes.

12. “I’m Thumper Parish,” the confident gangster brags. “I play chess; everyone else is playin’ checkers” (page 282). What are the risks of believing that you’re smarter than everyone else? How do Trell and Clemens prove Thumper wrong?

13. Quid pro quo is a Latin phrase often used by lawyers. What does it mean? How is Thumper’s agreement with Flanagan an example of quid pro quo? Discuss other instances of quid pro quo that you’ve seen in stories or in real life.

14. The press is sometimes called the fourth branch of government, as important to our democracy as the three official branches of government — the legislative, executive, and judicial. How does this novel validate the importance of a free press?

15. Dick Lehr, the author of Trell, is a journalist and a professor of journalism. What does this novel tell you about his profession? What skills does it require? What are the satisfactions of the work? What are the frustrations? Would you be a good reporter?

16. “ ‘Justice!’ It was like Juanda spit the word out. ‘C’mon, girl’ ” (page 234). Why does Juanda Tillery have no faith in justice? How could her faith be restored? Does the Taylor family ultimately find justice? How?