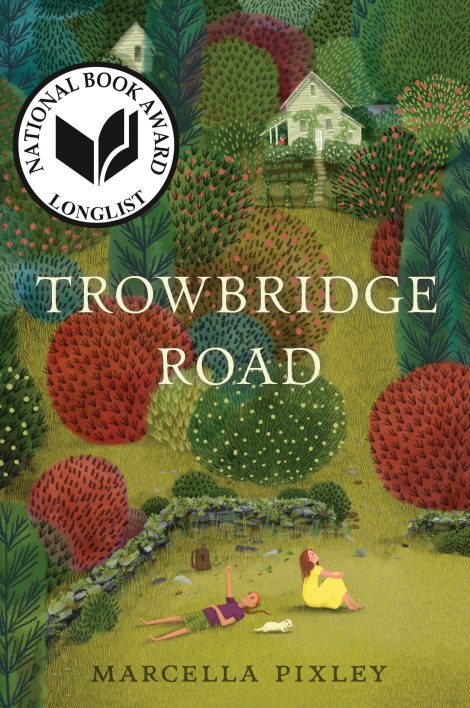 It’s the summer of ’83 on Trowbridge Road, and June Bug Jordan is hungry. Months after her father’s death from complications from AIDS, her mother has stopped cooking and refuses to leave the house, instead locking herself away to scour at the germs she believes are everywhere. June Bug threatens this precarious existence by going out into the neighborhood, gradually befriending Ziggy, an imaginative boy who is living with his Nana Jean after experiencing troubles of his own.

It’s the summer of ’83 on Trowbridge Road, and June Bug Jordan is hungry. Months after her father’s death from complications from AIDS, her mother has stopped cooking and refuses to leave the house, instead locking herself away to scour at the germs she believes are everywhere. June Bug threatens this precarious existence by going out into the neighborhood, gradually befriending Ziggy, an imaginative boy who is living with his Nana Jean after experiencing troubles of his own. But as June Bug’s connection to the world grows stronger, her mother’s grows more distant — even dangerous — pushing June Bug to choose between truth and healing and the only home she has ever known.

Trowbridge Road paints an unwavering portrait of a girl and her family touched by mental illness and grief. Set in the Boston suburbs during the first years of the AIDS epidemic, the novel explores how a seemingly perfect neighborhood can contain restless ghosts and unspoken secrets. Written with deep insight and subtle lyricism by acclaimed author Marcella Pixley, Trowbridge Road demonstrates our power to rescue one another even when our hearts are broken. 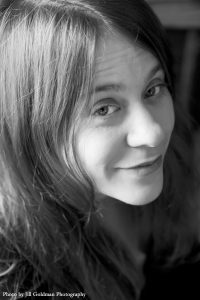 Marcella Pixley is the author of three books for young adults, including Ready to Fall. She has been nominated for a Pushcart Prize for poetry and earned a master’s from Bread Loaf School of English at Middlebury College. She teaches writing to middle-schoolers in Massachusetts, where she lives with her family.

“Drawing comparisons to Bridge to Terabithia, this literary middle grade novel by Pixley (Ready to Fall) follows two lonely children awash in secrets and hurts…Heartbreaking and sometimes emotionally difficult, this novel will appeal to young teens looking for something serious to dig into.” —Publishers Weekly

“A beautifully honest account of trauma and childhood friendship that takes place in the early 1980s…The text richly illustrates the inner lives of children, and the subject matter is handled in a way that is honest yet age appropriate. A solid choice for mature tweens who appreciate a story with literary and fantastical elements that also tackles realistic topics.”—School Library Journal

“Trowbridge Road is a luminous, heart-wrenching story that reminds us that love—maybe flawed, maybe messy—is what sustains us. Burbling over with lush details, Marcella Pixley’s novel takes the ordinary stuff of life—steam from a bowl of warm pasta, summer sunlight, the bond between two kids burdened by family secrets—and makes it extraordinary.” —Esther Ehrlich, author of Nest

1. The author has set this book in 1983. What details does she include that make you realize that it is not a contemporary setting?

2. June Bug and Ziggy both have someone in their lives who cares for them when their mothers can’t. June Bug has her uncle Toby, and Ziggy has his grandmother, Nana Jean. Compare and contrast the ways in which the two take care of the children.

3. In the chapter “Rules for Staying Clean” (page 46), we learn about the rules that June Bug’s mother follows to keep germs away from them. What did you think when you read them? If you were June Bug, what would you do?

4. When there is a neighborhood cookout at the house across from Nana Jean’s, Ziggy and June Bug watch everyone eating, chatting, and playing. After watching the girl across the street, Heather Anne, having a great time on the swing, June Bug suddenly throws a rock at her. Why do you think she does this?

5. June Bug packs what she calls “necessaries” into her backpack so she can always keep herself clean enough for her mother. The backpack becomes very significant in her life, and she refers to it as if it were alive. What do you think it means to June Bug?

6. Nana Jean once told Ziggy, referring to his mother, “Sometimes they love you, but they don’t know how to make it stick” (page 137). What does she mean by that?

7. The day after Jenny helps June Bug bury her mother’s ruined clothes, we learn that Nana Jean had not had as smooth a life as we had assumed. Does this change what you think about Nana Jean? About Jenny?

8. Both Ziggy and June Bug have secrets they hold inside that are really too big for a kid to deal with alone. How do they determine which adults to trust?

It was clear that the summer was about to change as soon as Jenny Karlo’s rusty old Chevy came clattering down Trowbridge Road at a quarter past two, the radio pounding heavy metal into the neighborhood, shattering the lazy Thursday afternoon like a rock through a dusty window.

When the door creaked open and Jenny stepped onto the cracked sidewalk with her black high-heeled boots, her bare legs, and her feathered red hair down past her shoulders, it seemed like the maple trees and the tall Victorian houses leaned in, not because they were leering at her like so many of the fathers did, but because something about Jenny changed everything that came close to her.

She took a drag on her cigarette.

The back door opened, but the boy did not emerge.

“You need me to go back there and pull you?”

He unfolded from the backseat, a beanpole in green- striped jogging shorts and a purple Return of the Jedi T-shirt. He had an unruly mop of long red hair down his back and a white ferret perched on his shoulder, snuffling at the wind.

He joined Jenny on the sidewalk. They stood side by side and looked up at the house. The boy reached for his mother’s hand. Hers were already occupied. One was holding the cigarette, and the other was hooked into the back pocket of her cutoff jeans. His hand flopped empty back down to his side.

“You got your stuff ?” asked Jenny. Ziggy nodded and lifted a battered suitcase with one shrugged shoulder.

They walked together across the flagstones and then up the wooden steps.

Nana Jean swung open the door before they knocked. She made a strange sound — some kind of mixture between happy and sad, a sound that only a grandmother can make — and pulled Ziggy toward her. “It’s the right thing,” she said over his shoulder. “Oh, Jenny, Jenny, I know this is hard, but it’s the right thing. You’ll see.”

“Well, okay. It’s the right thing. Let’s hurry up before I change my mind.”

“We’ll stay in touch,” said Nana Jean breathlessly, rubbing the boy’s back. “I already made arrangements, and he can start school here with the other kids at the end of the summer, no problem. He’ll like it in Newton. No more bullies. No more teasing. Everything’s going to be just fi ne now. I’ll take really good care of him, Jenny. You hear me?”

“Yeah,” said Jenny. “I hear you. And I appreciate that. I really do. It sure has been a tough year.”

“I know,” said Nana Jean. “Let me worry about Ziggy, and you just work on getting yourself well. One day at a time. Right? Isn’t that what they say?”

“That’s what they say,” said Jenny.

She took one more drag on the cigarette, blew smoke over her shoulder, dropped the butt on the porch, and stamped it out with the heel of her boot.

The white ferret climbed down from the boy’s shoulder. Then it scrambled onto the porch, grabbed the butt in one claw, and started gnawing at it.

Nana Jean and Jenny both looked at the ferret because it was easier than looking at each other.

“Well, okay, Ziggy,” said Jenny. “You be good for Nana Jean. And don’t let that creature sleep in your pants. You hear me?” She took the boy by the shoulders and pulled him away from his grandmother. “Animals aren’t meant to sleep in people’s pants,” she said. “It’s disgusting. And it ruins them. Ferrets smell like skunk, you know. And clothes are expensive. Money doesn’t grow on trees, even here in Newton Highlands.”

“But Matthew likes being close to me,” said Ziggy. “He likes my scent.” Ziggy scooped the ferret from the ground, kissed him on the top of his white head, and then grinned at the creature. The ferret licked his teeth, his white tail twitching.

“Give him a kiss and tell him you love him,” said Nana Jean.

Obediently, Jenny knelt on the porch in front of her gangly boy. Ziggy kissed his mother’s hair. “I love you, Jenny,” he said.

Jenny closed her eyes and leaned against him. “You be the Walrus, Goo Goo Boy,” she said. “I am,” said Ziggy. “I am the Walrus.”

Jenny got up from the ground. “Then give me a high slide,” she said.

Jenny put her hand out, and Ziggy ran his index finger down the length of her palm. Then he snapped and pointed at her. He had tears streaming down his cheeks.

“He’s the Walrus,” said Jenny, smiling now with tears in her eyes. “He’s my Goo Goo Boy. No matter what happens.”

Nana Jean took Ziggy by the hand. She opened the screen door and led him into the house.

Jenny stood alone on the porch. She watched the old house swallow them and looked out over Trowbridge Road at the row of houses with their closed doors. After a while, she sighed and made her way back to the car. She got in, lit another cigarette, rolled down the window, started the engine, cranked up the radio, and clattered down Trowbridge Road and on toward town.