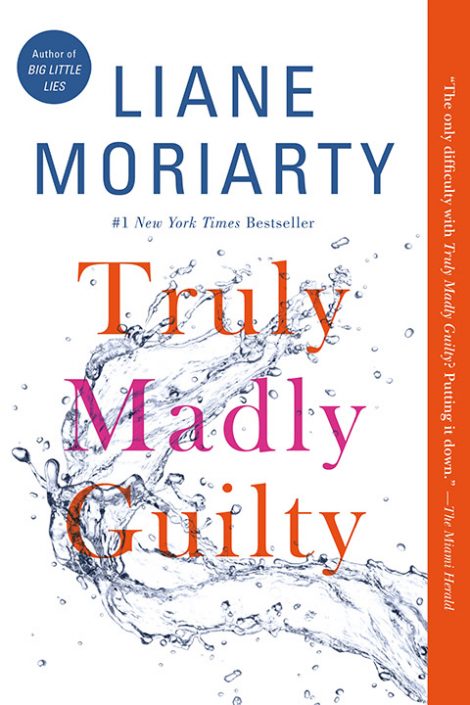 Sam and Clementine have a wonderful, albeit, busy life: they have two little girls, Sam has just started a new dream job, and Clementine, a cellist, is busy preparing for the audition of a lifetime. If there’s anything they can count on, it’s each other.

Clementine and Erika are each other’s oldest friends.

Sam and Clementine have a wonderful, albeit, busy life: they have two little girls, Sam has just started a new dream job, and Clementine, a cellist, is busy preparing for the audition of a lifetime. If there’s anything they can count on, it’s each other.

Clementine and Erika are each other’s oldest friends. A single look between them can convey an entire conversation. But theirs is a complicated relationship, so when Erika mentions a last minute invitation to a barbecue with her neighbors, Tiffany and Vid, Clementine and Sam don’t hesitate. Having Tiffany and Vid’s larger than life personalities there will be a welcome respite.

Two months later, it won’t stop raining, and Clementine and Sam can’t stop asking themselves the question: What if we hadn’t gone?

In Truly Madly Guilty, Liane Moriarty takes on the foundations of our lives: marriage, sex, parenthood, and friendship. She shows how guilt can expose the fault lines in the most seemingly strong relationships, how what we don’t say can be more powerful than what we do, and how sometimes it is the most innocent of moments that can do the greatest harm. 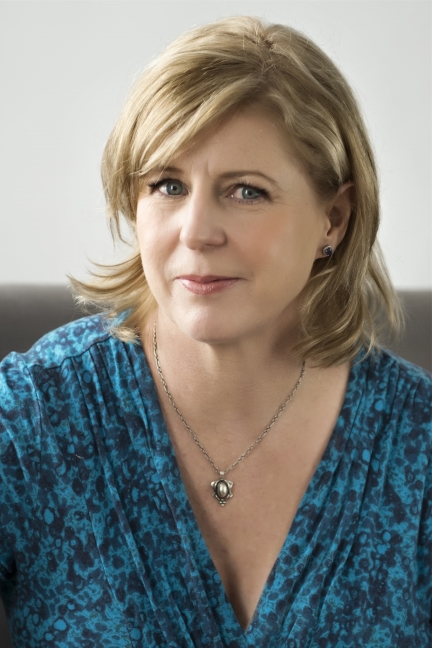 “Here’s the best news you’ve heard all year: Not a single page disappoints…The only difficulty with Truly Madly Guilty? Putting it down.”—Miami Herald

“Perfect for those long summer days, but readers will have to pace themselves to not devour it in one sitting.”—Library Journal (starred review)

“Liane Moriarty is one of the few writers I’ll drop anything for. Her books are wise, honest, beautifully observed, and—unusually—I can never tell where they’re going to go.” —Jojo Moyes

1. Discuss the novel’s title. Why do all of the characters feel so guilty? Should they? How do they deal with their guilt?

2. The epigraph is a Claude Debussy quote: “Music is the silence between the notes.” What does that mean to you? How significant are silences and the unsaid in this novel?

3. Erika’s psychologist tells her, “You’ve got to get this idea out of your head about there being some objective measure of normality…This ‘normal’ person of whom you speak doesn’t exist!” Do you agree? Do you think this relates back to Tolstoy’s famous quote, “… each unhappy family is unhappy in its own way”? Is the real normal that, once you scratch the surface, no family is normal?

4. What does Clementine mean when she thinks back on the “extraordinary ordinariness” of her life before the barbecue? How is the ordinary treated in this novel? Do you think it’s inevitable that we don’t appreciate the ordinary? Do we need a life event as jarring as what happened to Sam and Clementine in order to fully appreciate our lives?

5. Discuss Tiffany’s meditation on sex: “People had such complicated feelings when they heard that she’d been a dancer. It was all mixed up with their feelings about sex, which sadly for most people were always inextricably linked with shame and class and morality (some people thought she was confessing to an illegal act), and for the women there were issues relating to body image and jealousy and insecurity, and the men didn’t want to look too interested, even though they were generally very interested, and some men got that angry, defensive look as if she were trying to trick them into revealing a weakness, and most people, men and women, wanted to giggle like teenagers but didn’t know if they should. It was a freaking minefield.” Did you feel yourself judging Tiffany because of her background? The second part of the quote touches on women’s body issues, a recurring theme in Moriarty’s novels. Why do you think she so often includes it in her stories? Do you think men have similar issues with their bodies? If so, do you think they are intricately tied to sex the way they are with women?

6. When Clementine asks Tiffany if she ever felt that the men who watched her dance were effectively cheating on their wives, she replies: “Their middle-aged wives were probably at home reading Fifty Shades of Grey…Or lusting over the lead in a chick flick.” Do you think that’s a fair response? As a dancer, was Tiffany just another kind of fictional character? And going back to the notion of the ordinary losing its excitement, how do you think Vid and Tiffany’s relationship changed as it developed from an exotic dancer in a club and her customer to a long-married husband and wife with a child?

7. Were you surprised that Erika and Oliver have a healthier sex life than Clementine and Sam? Discuss Clementine’s bleak view of marriage: “sometimes she felt a sense of loss, of actual grief over the loss of their sex life, and other times she wondered if it was all in her head, if she was being typically melodramatic about something natural and inevitable. It happened to everyone, it was called getting ‘stale,’ it was called marriage.” Do you agree? What are the strengths and weaknesses of the three marriages in this novel?

8. Discuss Clementine and Erika’s complicated friendship: “It was strange, because Clementine always felt that she hid herself from Erika, that she was more ‘herself’ with her ‘true’ friends, where the friendship flowed in an ordinary, uncomplicated, grown-up fashion (emails, phone calls, drinks, dinners, banter and jokes that everyone got), but right now it felt like none of those friends knew her the raw, ugly, childish, basic way that Erika did.” Are the truest friendships the most difficult ones? Or would you say that Erika and Clementine are more like sisters, as Tiffany observes? What did you make of Oliver’s statement: “I’m your best friend, Erika…Don’t you know that?” Do you think best friends of the same gender can be closer than spouses? Why or why not?

9. What did you make of Erika’s request that Clementine donate her eggs? Were you surprised by Clementine’s response? Erika tells Oliver: “We did save Ruby’s life. That’s a fact. Why shouldn’t they repay us by doing something in return? And what does it matter what her motivations are?” Do you agree that in this case “the ends justify the means”?

10. In this novel, parenting is not always easy and wonderful: “No one warned you that having children reduced you right down to some smaller, rudimentary, primitive version of yourself, where your talents and your education and your achievements meant nothing.” What do you think? How do the various mothers and fathers balance family and career?

11. Money and class are knotty issues in this novel. Vid’s relationship with wealth seems to be very straightforward: “He had the money. He could afford the best. So he’d buy the best and take pleasure in it.” Tiffany’s, though, is more complicated. Why do you think that is? What role do you think gender plays in this difference, if at all?

12. Discuss this description of Sam and Clementine: “First-world medical care meant they didn’t have to pay for their first-world negligence.” What is the relationship between status and guilt for the characters?

13. Dakota spends a good portion of the novel feeling guilty that Ruby fell into the fountain, and then at the end, we find out that Holly also feels guilt about her sister falling in. These two children shouldered tremendous guilt that no one realized, just as Erika felt guilt over her mother’s situation. The famous psychologist and psychoanalyst Erik Erikson believed that there are eight stages of development for children, one of which is guilt. As a child, did you feel guilty about something that you now realize was not your fault? How did this shape you as an adult?

14. Sylvia’s hoarding is a major source of embarrassment and sorrow for Erika. She reflects: “Her mother loved things so much that she had nothing.” What do you make of that line?

15. Near the end of the novel, Clementine wonders “what sort of person Erika could have been, would have been, should have been, if she’d been given the privilege of an ordinary home. You could jump so much higher when you had somewhere safe to fall.” Do you agree? How are the various characters helped and hindered by their respective childhoods?

16. Discuss Clementine’s revelation about Sam: “Her focus had always been on how his actions affected her feelings, as if his role was to do things for her, to her, and all that mattered was her emotional response to him, as if a ‘man’ were a product or a service, and she’d finally chosen the right brand to get the right response. Was it possible she’d never seen or truly loved him the way he deserved to be seen and loved? As a person? An ordinary, flawed, feeling person?” Does that resonate with you at all?

17. Sam and Clementine can’t understand why they are so affected by the barbecue: “They weren’t fighting over money or sex or housework. There were no knotty issues to untangle. Everything was the same as before the barbecue. It was just that nothing felt the same.” What do they mean by that? How does life change for the three families after the barbecue? Do you think they are ultimately strengthened by what they went through?