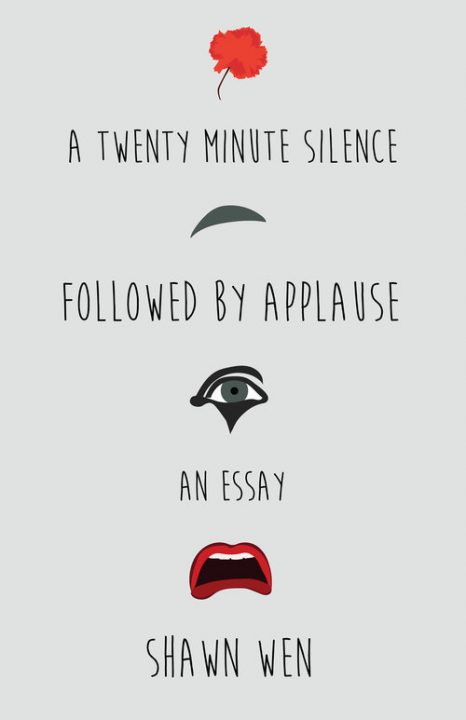 Indie Next Pick for July 2017
The Millions’“Most Anticipated Books of 2017”
O, The Oprah Magazine’s “10 Titles To Pick Up Now”
Men’s Journal “The Seven Best Books of July”

As a fledgling radio producer, Shawn Wen became fascinated by the one subject who seemed impossible to put on air: French mime Marcel Marceau, the internationally acclaimed “artist of silence” who conjured scenes, stories, and sweeping emotion through the gestures of his body alone. Influenced by Charlie Chaplin’s Little Tramp, credited with inspiring Michael Jackson’s Moonwalk,

Indie Next Pick for July 2017
The Millions’“Most Anticipated Books of 2017”
O, The Oprah Magazine’s “10 Titles To Pick Up Now”
Men’s Journal “The Seven Best Books of July”

As a fledgling radio producer, Shawn Wen became fascinated by the one subject who seemed impossible to put on air: French mime Marcel Marceau, the internationally acclaimed “artist of silence” who conjured scenes, stories, and sweeping emotion through the gestures of his body alone. Influenced by Charlie Chaplin’s Little Tramp, credited with inspiring Michael Jackson’s Moonwalk, Marceau attempted in his performances to “reveal the fundamental essences of humanity.” A Jewish Holocaust survivor and member of the French resistance, Marceau was a bombastic iconoclast who performed into his eighties and died deeply in debt two years after leaving the stage. In precise, jewel-like scenes and vignettes, A Twenty Minute Silence Followed by Applause pays homage to the singular genius of a mostly-forgotten art form. 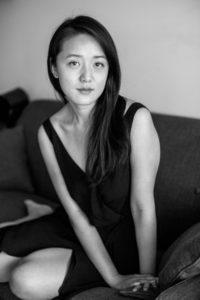 Shawn Wen is a writer, radio producer, and multimedia artist. Her writing has appeared in n+1, The New Inquiry, The Seneca Review, The Iowa Review, The White Review, and the anthology City by City: Dispatches from the American Metropolis. Her radio work has broadcast on This American Life, Morning Edition, All Things Considered, and Marketplace, and her video work has screened at MoMA and elsewhere. She is the recipient of numerous fellowships, including the Ford Foundation Professional Journalism Training Fellowship and the Royce Fellowship.

1. The line between quotations and the narrator/author’s voice is fluid. What does this say about the nature of authorship? What effect does it have on the reader? How does the form interact with the content? Why might the author have chosen this technique, especially in a book about Marceau?

2. Interspersed throughout the book are descriptions of Marceau’s collections, the objects he owns. Why do you think the author included these descriptions? What effect does the catalogue of physical items have on a narrative about miming, which relies on an empty stage?

4. Theodor Adorno claimed that “to write poetry after Auschwitz is barbaric”. What does he mean by this? How is the silence of the art of mime informed by this sentiment? Can silence be a more appropriate form of expression than language in the face of atrocity?

6. The essay is extremely lyrical and heavily fragmented.  It’s written as a series of 18 “scenes” of Marceau’s portrayal of Bip, interspersed with quotes, lists, and the author’s thoughts. What effect does the interruption of narrative have on the reader’s understanding of Marceau’s life? What is the lyrical form and deconstructed narrative able to achieve that a traditional autobiography wouldn’t be able to?

Rare is the book about which one can say, in earnest, “I’ve never read anything like this before,” yet with A Twenty Minute Silence Followed by Applause, Shawn Wen has written such a book. From its idiosyncratic area of interest to its chameleonic formal modalities, Applause resists easy categorization at every turn, and this is one of its many strengths. What begins as an inviting and imaginative gesture toward a biography of the mime Marcel Marceau branches out into a broader consideration, at turns lyrical and philosophical, of the conflict that exists between silence and language.

“A lot of what drew me to this project was playing with contradictions,” Wen says. Having begun her research nearly 10 years ago, it’s no surprise to hear that while that central interest remained, the project itself metamorphosed many times and was in fact first conceived as a piece for radio, the field in which Wen has worked since graduating from college. “I was obsessed by the formal possibilities of sound, by recording the human voice,” Wen says, “and I thought, ‘How funny would it be to make a radio piece about something that supposedly has no sound?’ ” She experienced a realignment in her approach, however, after researching Marceau’s archives at the New York Public Library for the Performing Arts. “I realized he was so didactic, so self-mythologizing, and such a good talker,” she says. “It occurred to me that there would be no way that I could make a radio piece that really captured all the depths and the contradictions and the force of his speech, and so this turned into a text-based work rather than a sound-based one.”

Wen designates A Twenty Minute Silence Followed by Applause as a lyric essay and expresses how liberating the lawlessness of the form was for her and how well-suited it was to accommodate her subject matter. “So much of the book is about the mime creating a universe and inventing the laws of that universe, and that’s also your job as a writer,” she says. “If you feel like you have this story to tell and an enormous amount of material, you have to invent ways of telling it and write the formal rules for yourself.”

And inventive she is, erecting numerous structures within the narrative to house everything from ekphrastic translations of Marceau’s performances to meditations on the body as text and narrative to assemblages of those possessions of Marceau’s which, upon his death, were seized by the French government and auctioned off to satisfy debts he’d accrued toward the end of his life. This innovative methodology appears guided as much by instinct as by a commitment to radical play.

“When we watch the mime, desire turns to envy,” Wen writes. “Our limbs are incapable of such articulation. Our muscles cannot call upon so deep a vocabulary.” In choosing to showcase rather than obscure the unique challenges of writing this book—namely, the difficulty of rendering into language observations of an art form purposefully divorced from it—she could also be describing that relationship which opens up between herself and her audience: readers who are bound to feel a sense of envy and awe at everything Wen has accomplished in this truly magnificent debut.

Interviewed by Vincent Scarpa on July 12, 2017 for Kirkus Reviews