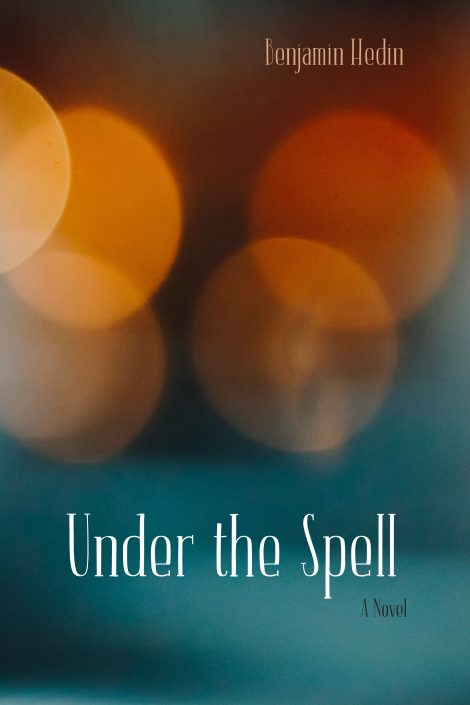 Under the Spell is the first novel by Benjamin Hedin, a dazzling new voice in American fiction. Newly widowed Sandra is searching her husband’s email for financial information when she discovers a correspondence between him and a woman named Ryan. Rather than simply sharing the news of the death, Sandra, who is shocked and hungry for details, instead impersonates her husband as she writes back to Ryan. This bold course of action will expose the secrets and solitude within her marriage, prompting her to reconsider everything she once held dear.

Under the Spell is the first novel by Benjamin Hedin, a dazzling new voice in American fiction. Newly widowed Sandra is searching her husband’s email for financial information when she discovers a correspondence between him and a woman named Ryan. Rather than simply sharing the news of the death, Sandra, who is shocked and hungry for details, instead impersonates her husband as she writes back to Ryan. This bold course of action will expose the secrets and solitude within her marriage, prompting her to reconsider everything she once held dear.

Unmoored and seeking connection, Sandra also meets Lee, a single mother with a drinking problem, and begins babysitting her daughter. But Sandra can’t stop herself from continuing the correspondence with Ryan, in the process uncovering more about her husband—and Ryan herself. A novel that forces us to question how much of a person, even those closest to us, remains obscure, Under the Spell reveals the astonishing, transformative power of grief. This compelling study in bereavement joins classics such as Don DeLillo’s The Body Artist and Joan Didion’s The Year of Magical Thinking. 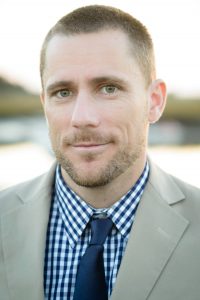 Benjamin Hedin is the author of In Search of the Movement: The Struggle for Civil Rights Then and Now and editor of the anthology Studio A: The Bob Dylan Reader. He has written for the New Yorker, Time, the Atlantic, the Oxford American, and the Chicago Tribune, among other publications. Also a Grammy-nominated producer of documentary films, he wrote the films Two Trains Runnin’ about the search for two forgotten blues singers and the multiple award-winning 2021 documentary MLK/FBI—called “eye-opening and jaw-dropping” by Rolling Stone. He lives in Atlanta.

“Hedin exhibits a keen understanding of the ways grief leads to new possibilities as Sandra reexamines her life and marriage.” —Publishers Weekly

“It’s impossible not to fall under the spell of this aptly titled novel. I started it compulsively, cleverly lured into thinking I was reading one kind of novel—dangling the revelation of a sensationally secret adulterous affair, beyond the grave—only to realize that I was reading quite a different book: the slower revelation of a relationship more messy and formless and uncharted than I had previously expected. And as the narrative taught me how to slow down (though it never loosens its grip), so I began to admire its richness and the subtlety of its lean but eloquent prose.” —James Wood, book critic, New Yorker

“This novel about a grieving woman who has suddenly lost her husband in a car wreck is a brilliant story that could also be a song. It’s set in the Northwest but could be set in Arkansas. It’s filled with interesting characters and haunting mystery. From page to page, you follow her as she experiences a dark comedy of strange and unsettling emotions that deaths and funerals have a way of bringing out of the people who are left behind. Like the best writers, Ben knows his way around the written word. And like the best stories, Under The Spell is at once contemporary and timeless.” —Lucinda Williams, Grammy Award winner

“A novel that is both a terrific page-turner and a very moving depiction of grief; it really did have me under its spell.” —Roddy Doyle, author of Love: A Novel

1. Hedin makes two distinct comments on the way love manifests online: the rush of excitement when seeing the initials of the beloved flash up in an email inbox (as when Dale Tobin is mistaken for “Designer Tuxedo,” etc), and the leaden concept of “security questions” as a shorthand for intimate knowledge of another. How does the author offer a commentary on the dynamics of online relationships throughout?

2. How would you characterize the different forms of grief Sandra experiences throughout the novel? And how does Hedin reveal the effects of Sandra’s grief through the development of the narrative?

3. After losing Dale, Sandra is still able to conjure him. This takes numerous forms, including as an involuntary by-product of her grief (in her “magical thinking”), as a conscious way of maintaining a kind of conversation with him, or by impersonating him through correspondence with Ryan. What do these moments in the text, where Dale “returns” to Sandra in some way, tell us about the nature of love, and losing a loved one?

4. How do some of the interactions Sandra has with others in the novel reflect society’s often uneasy relationship with grief?

5. How does Sandra herself reflect on memory, grief, and being the one “left behind”?

6. One focus of the novel is on the things we hide from those we love. We see this mostly clearly in Sandra’s discovery of Dale’s relationship with Ryan. But there are also numerous other reflections on those thoughts or feelings we hide. For instance, after considering that Tina was a stand-in for what she wanted with Dale, Sandra rationalizes away the idea that certain thoughts would become “forgotten utterance[s] . . . the legion of things we say to ourselves and never to other people.” (79) Did you find other similar examples—and how might the relationships described in the novel be different if such utterances were shared with others?

7. On page 83, Sandra describes the process of drafting a message to Ryan. Through this passage, and what follows, how does Hedin prime us to read the exchange, looking for the moments in which the voice of “Dale” reflects more clearly Sandra’s own thoughts, and the hints she drops to guide Ryan toward an admission of her “true” relationship with Dale?

8. How does the nature of Sandra and Ryan’s relationship change over time? How does your impression of each character change as the plot unfolded?

9. Between pages 100-101, Hedin offers us a brief history of an utterance by Sandra: “Don’t you think want is a luxury?” What are your thoughts on this passage, in which the author reflects on the complex, shifting relationship between love, personal dreams or ambitions, and work in a relationship?

10. The book, Under the Spell, that lends its title to this work, is mentioned three times throughout the novel. What do you think is the cumulative impact on Sandra’s life, having fallen “under the spell” after Dale’s death, and therefore finding Ryan, Lee, Tina, and Carl? How has she changed, and what change has she brought to the lives of others?