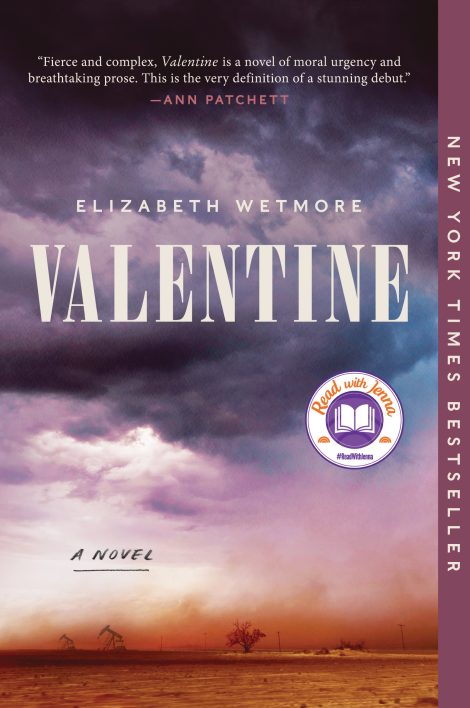 Written with the haunting emotional power of Elizabeth Strout and Barbara Kingsolver, an astonishing debut novel that explores the lingering effects of a brutal crime on the women of one small Texas oil town in the 1970s.

It’s February 1976, and Odessa, Texas, stands on the cusp of the next great oil boom. While the town’s men embrace the coming prosperity, its women intimately know and fear the violence that always seems to follow.

In the early hours of the morning after Valentine’s Day,

Written with the haunting emotional power of Elizabeth Strout and Barbara Kingsolver, an astonishing debut novel that explores the lingering effects of a brutal crime on the women of one small Texas oil town in the 1970s.

It’s February 1976, and Odessa, Texas, stands on the cusp of the next great oil boom. While the town’s men embrace the coming prosperity, its women intimately know and fear the violence that always seems to follow.

In the early hours of the morning after Valentine’s Day, fourteen-year-old Gloria Ramírez appears on the front porch of Mary Rose Whitehead’s ranch house, broken and barely alive. The teenager had been viciously attacked in a nearby oil field—an act of brutality that is tried in the churches and barrooms of Odessa before it can reach a court of law. When justice is evasive, the stage is set for a showdown with potentially devastating consequences.

Valentine is a haunting exploration of the intersections of violence and race, class and region in a story that plumbs the depths of darkness and fear, yet offers a window into beauty and hope. Told through the alternating points of view of indelible characters who burrow deep in the reader’s heart, this fierce, unflinching, and surprisingly tender novel illuminates women’s strength and vulnerability, and reminds us that it is the stories we tell ourselves that keep us alive. 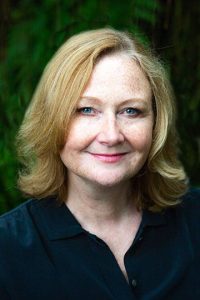 Elizabeth Wetmore is a graduate of the Iowa Writers’ Workshop. Her fiction has appeared in Epoch, Kenyon Review, Colorado Review, Baltimore Review, Crab Orchard Review, Iowa Review, and other literary journals. She is the recipient of a fellowship from the National Endowment for the Arts and two fellowships from the Illinois Arts Council, as well as a grant from the Barbara Deming Foundation. She was also a Rona Jaffe Scholar in Fiction at Bread Loaf and a Fellow at the MacDowell Colony, and one of six Writers in Residence at Hedgebrook. A native of West Texas, she lives and works in Chicago.

“It is nearly impossible for me to believe that Elizabeth Wetmore is a first-time novelist. How can a writer burst out of the gate with this much firepower and skill? VALENTINE is brilliant, sharp, tightly wound, and devastating. Wetmore has ripped the brutal, epic landscape of West Texas out of the hands of men, and has handed the stories over (finally!) to the girls and women who have always suffered, survived, and made their mark in such a hostile world. These are some of the most fully realized and unforgettable female characters I’ve ever met. They will stay with me.” -Elizabeth Gilbert, New York Times bestselling author of City of Girls

“Excellent. . . . Tense and riveting. . . . D.A. emerges a gritty, welcome addition to American literature’s pantheon of young heroines. . . . Wetmore, a native of West Texas and graduate of the Iowa Writers’ Workshop, offers with her first novel a harrowing narrative of a region she knows well, described with precision and passion.” -Associated Press

“A monument to a sort of singular grace, and true grit.” -Entertainment Weekly

“Drawing comparisons to Barbara Kingsolver and Wallace Stegner, Wetmore writes with an evidently innate wisdom about the human spirit. With deep introspection, she expertly unravels the complexities between men, women, and the land they inhabit. Achingly powerful, this story will resonate with readers long after having finished it.” -Booklist

“Valentine, Elizabeth Wetmore’s fierce and brilliant debut novel, is set in Odessa, a rough-edged West Texas town built on cattle and oil. It evokes the physicality of the place with a visceral power that recalls Cormac McCarthy, and sets out its cultural ambience and mores with the ironic clarity of Larry McMurtry. This literary landscape has been defined by men as surely as the reality it represents. Wetmore sweeps them to the sidelines, defiantly and confidently claiming West Texas for the women and girls. . . . Valentine joins the best Texas novels ever written.” -Minneapolis Star Tribune

“Fierce and complex, VALENTINE is a novel of moral urgency and breathtaking prose. This is the very definition of a stunning debut.” -Ann Patchett

“A thrilling debut. . . . Like Miriam Toews’ Women Talking, Valentine is a story about how women—particularly women without much education or money—negotiate a culture of masculine brutality. This is the story of their lives in a backwater oil town in the mid-1970s, which Wetmore seems to know with empathy so deep it aches. . . . Carefully wrought and emotionally compelling.” -Washington Post

1. Consider the Texas landscape as it is richly described throughout the novel. What varying moods does it create? How does it affect the characters and their stories?

2. Why does Gloria change her name to Glory? What’s powerful about the names we use?

3. Gloria’s Tio Victor claims that, “every story is a war story.” What might he mean?

4. When throughout the novel does listening prove powerful and transformative? When is a failure to listen to someone’s story harmful?

5. In what ways is a violent, misogynistic man like Dale Strickland entitled and empowered by others, his town, and the culture at large?

6. What smaller, daily harms are done with impunity to the women in the novel? How does such behavior—often dismissed as harmless—reflect and affect larger value systems?

7. Mary Rose Whitehead is criticized by her own husband for helping Glory. Why is this? How is it that her decision to help and protect an abused girl and later testify in court is so offensive to many in the town, even the Ladies Guild?

8. How does Corrine Shepard address her grief over Potter’s death? What significance do you make of the cat that keeps “coming into [Corrine’s] backyard and killing everything”?

9. Why do you think Corrine initially refuses to help Mary Rose? How and why does her attitude change?

10. What is valuable for each in the secret friendship between Debra Ann and Jesse Belden? What do they understand about each other?

11. In what ways is the bookmobile important, particularly to Debra Ann? What might Debra Ann mean when she tells Jesse that, “Every book has at least one good thing”?

12. Ginny’s grandmother told her many stories about women who died trying to do all that was expected of them? What is the value or burden of such narratives? What story is Ginny trying to write, and is it connected to her decision to leave Odessa? Did you expect her to return?

13. One lesson Suzanne Ledbetter imparts to her daughter is to “never depend on a man to take care of you…not even one as good as your daddy.” Why is this so important? What are the obstacles to economic power for women in the novel? Which of those still exists in some form today?

14. What is valuable to Corrine about the occasional “misfit or dreamer” present in her high school English class over her thirty years of teaching? What might she mean when she emphasizes to them that, “stories save lives”?

15. Corrine vehemently expresses to Potter how unfulfilling stay-at-home motherhood is for her. What does a fuller life look like for her and the other mothers in the novel?

16. Jumping from the high dive at the YMCA pool for the first time, Aimee and Debra Ann feel like they “can do anything” and “their faith is rooted in their bodies, the muscle and sinew and bone that holds them together and says move.” How is this different from what is so often expected of the bodies of girls and women?

17. What are the significant themes in the story Debra Ann tells Jesse about the old rancher’s wife and her extraordinary garden?

18. What explains the profound and unjust ruling in Dale Strickland’s trial? What are the potential emotional effects of such injustice? What are the most effective ways to respond and survive?

19. Karla Sibley’s experience waiting tables at the bar suggests that to speak up against the generational legacy of male entitlement, violence against women, and racism “would require courage that we cannot even begin to imagine.” What then is to be done about such oppressive forces? How does Karla respond to them?

20. Tio Victor eventually decides against vengeance against Dale Strickland because “nothing causes more suffering.” What might he mean? Is Dale sufficiently punished by the novel’s end, in your opinion?

21. In what ways has Glory begun to heal? Though her scars “tether her to a single morning,” what is her relationship to her body as she drives toward her mother in Mexico? What will it take for her to continue to heal?