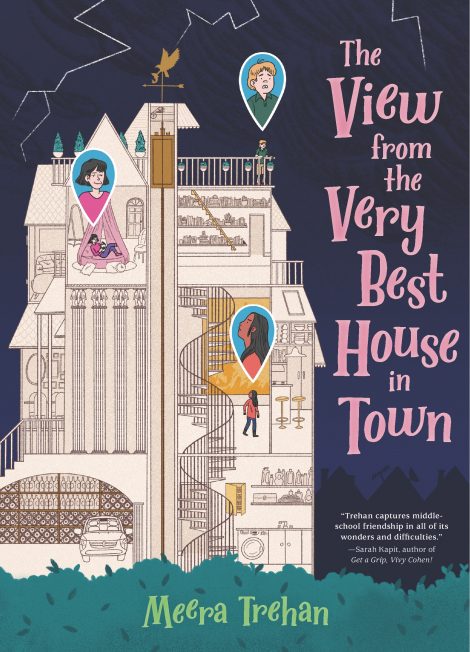 THE VIEW FROM THE VERY BEST HOUSE IN TOWN

Sam and Asha. Asha and Sam. Their friendship is so long established, they take it for granted. Just as Asha takes for granted that Donnybrooke, the mansion that sits on the highest hill in Coreville, is the best house in town. But when Sam is accepted into snobbish Castleton Academy as an autistic “Miracle Boy,” he leaves Asha, who is also autistic, to navigate middle school alone. He also leaves her wondering if she can take anything for granted anymore. Because soon Sam is spending time with Prestyn, Asha’s nemesis, whose family owns Donnybrooke and, since a housewarming party gone wrong,

Sam and Asha. Asha and Sam. Their friendship is so long established, they take it for granted. Just as Asha takes for granted that Donnybrooke, the mansion that sits on the highest hill in Coreville, is the best house in town. But when Sam is accepted into snobbish Castleton Academy as an autistic “Miracle Boy,” he leaves Asha, who is also autistic, to navigate middle school alone. He also leaves her wondering if she can take anything for granted anymore. Because soon Sam is spending time with Prestyn, Asha’s nemesis, whose family owns Donnybrooke and, since a housewarming party gone wrong, has forbidden Asha to set foot inside. Who is Asha without Sam? And who will she be when it becomes clear that Prestyn’s interest in her friend isn’t so friendly? Told from the points of view of Asha, Sam, and Donnybrooke itself, this suspenseful and highly original debut explores issues of ableism and classism as it delves into the mysteries of what makes a person a friend and a house a home. 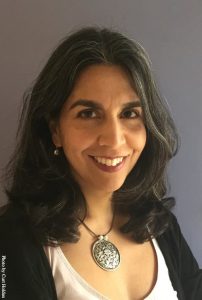 Meera Trehan grew up in Virginia, just outside Washington, DC. After attending the University of Virginia and Stanford Law School, she practiced law for over a decade before turning to creative writing. She lives in Maryland with her family.

“A thought-provoking look at bullying and social pressures through the eyes of its victims and of an inanimate, yet opinionated, mansion that will ring true with many readers.”-School Library Journal

“This debut novel from Trehan presents intriguing, achingly real characters in the persons of Asha, Sam, and Prestyn. . . the original presentation and complex young characters carry this compelling exploration of friendship and home.”-Booklist

“The growing pains of middle school friendships, peer pressure, and bullying are palpable; readers will ache for Sam and Asha as they grow distant and cheer their tentative steps toward new relationships. . . . An unusual, insightful exploration of what makes strong foundations in houses, families, and friendships.”-Kirkus Reviews

“This is a book about friendship, and what it means to be a true friend. In the end, friendship wins out. Readers who struggle with the social scene in middle school will relate to the characters and the desire to be accepted for who they are.”-School Library Connection

“Asha and Sam are among the most memorable characters I’ve ever encountered. In meeting them, young readers will find their worlds expanded and their hearts enlarged.”-Linda Sue Park, Newbery Medalist and New York Times best-selling author

“Best friends Sam and Asha confront a secret from their past whose echoes can be felt inside Donnybrooke, the strangest and most beautiful house in town. Part mystery, part friendship story, Meera Trehan’s engaging debut shows us how a good friend is like a good home: comforting and protective.”-Sheela Chari, author of the Edgar Award nominee Vanished

Sometimes it seems that Donnybrooke is everywhere.

You’re not supposed to be able to see any part of Donnybrooke—the most amazing house Asha has ever set foot in— from Sam’s backyard. But from up in Sam’s cherry tree, Asha spots a speck, black against the blue sky. Donnybrooke’s creepy weather vane. It’s the only bit of Donnybrooke she doesn’t love, assuming you don’t include the people who live there.

“I can see Donnybrooke,” she calls down to Sam, the fluttering in her chest tight and familiar. She’d give anything to go back.

Sam doesn’t reply. She can hear him, though, at the base of the tree playing Househaunt on her phone, chasing down a pack of buzzing, clicking monster-bugs.

“I can see it from here, Sam. Come up and look!” She catches herself. Sam never climbs trees. “Actually, sorry, don’t.”

The phone lets out a few short zaps and a long sizzle. Sam must have killed off her infestation of Bed-Thugs. She’ll thank him later.

“You can’t see that house from here.”

“I—” starts Asha, but this time the wind interrupts her, sending the cherry blossom petals around her in a swirl. Separated, they’re so pale, they’re almost white—it’s like she’s in a snow globe with her world being turned upside down. And just for that moment, Sam is right. Donnybrooke is gone.

aka The Grandest Mansion in Coreville and Possibly the World

Of course Donnybrooke could see the girl. It’s a basic law of nature: if she can see it, it can see her. And thanks to the wonderfully strong winds at the top of its hill, last week’s storm cleared out a number of trees, not the least of which was one of those bloated oaks that had been practically breathing down its turrets. To be fair, that tree in particular was no worse than the rest of the poplars, pines, maples, and oaks that plague Donnybrooke, blocking the views of the finest residence in Coreville.

Donnybrooke couldn’t see the boy she was talking to, though it heard him all too well. Ordinarily he’d hardly be worth mentioning in the same sentence as the girl, with her excellent architectural taste. But Donnybrooke has no choice in light of the boy’s egregious error. He referred to Donny- brooke as a . . . “house.” House? As if Donnybrooke were built simply to be an ordinary shelter for an ordinary family?

The correct term is MANSION.

Two syllables even sweeter than the sound of the wood chipper gobbling up a fallen tree.

“We should play soc-cer,” says Sam as the petals settle on the ground. He says the last word like he might say booger, although Asha-soccer is the one kind of soccer he is willing to play.

As Asha climbs down the tree, Sam drags the goal back behind the azaleas, the best spot for hiding it. There’s no way his mom can see it from inside the house or even the patio. That was Asha’s idea, from years ago when his mom first decided that they should play soccer for at least thirty minutes of each playdate. One person would run around and kick while the other sat in the hidden goal pretending to be goalie, but really just spending the time thinking about whatever they wanted to think about. That was OK back then, but now that they have phones, goalie time is even better.

“You can be goalie first,” says Asha. “My attic has At-ticks. But no At-tick Fana-tick, so it should be OK.”

Sam takes her phone and runs to the goal. To make it fair, they have a rule that the goalie first has to help the person playing soccer with their Househaunt house, which means when Asha is goalie she builds extra wings and levels on Sam’s house because that part is boring and hard for everyone except Asha. When Sam is goalie, he fights Asha’s monsters because she hates fighting, especially bloodsuckers as big as her avatar. Of course that’s the best part of the game, but whatever, more fun for him.

He enters her Househaunt house and grabs a flaming torch from the stairway that leads up to the attic. Then he swings open the door. Sure enough, a troop of human-size ticks is ready to clamp onto him and suck. A few even try. But as soon as he points the torch at them, they retreat, and he backs them up toward an open window. One by one, they scurry out. Mission accom- plished. If only the At-tick Fana-tick were so easy to defeat . . .

His mom is out on the patio, yelling. At him. Sam drops Asha’s phone and bolts. His mom must have found them out. He searches his brain for some excuse that will let him avoid a lec- ture on how practicing soccer is for his own good, but before he can come up with anything, he’s at the back door.

“Come inside!” says his mom, her voice a little softer.

He does as she says, and she shuts the door behind them. Then she throws her arms around him, squeezing hard, and says, “We did it, Sam! We did it!”

As Sam frees himself from her grip, he realizes two things: Whatever his mom is talking about, it’s not soccer. And she is not mad. In fact, she’s the opposite.

“You got into Castleton, Sam! Castleton! And to think I was so worried. But you’re in!”

Sam’s chest tightens and lightens like a star is being born right inside it, like all the stress inside him is making something new and bright. Miraculous even, if you believed in miracles. Because Castleton Academy has picked him.

It’s not just that it’s the best school in town. It’s not just that it’s really hard to get into. It has its own planetarium. And its own flag with the Castleton coat of arms . . . and did he mention its own planetarium! He and Asha used to go on field trips there, and he’d see the kids with their green polo shirts lining up in the halls and wonder what it would be like to have Castleton decide you were good enough to be there every single day. Now he, Samuel J. Moss, is going to find out.

His mom is talking faster now and not entirely making sense. “We knew you could be Castleton material, but I’m just thrilled they saw it, too! You’re such a smart kid, but still—it’s very com- petitive, and with your challenges—”

Challenges? For a split second, the star feeling in Sam’s chest dims, but then his mom says, “Anyway, none of that matters now because you’re going there! After all our work, you’re going! Do you realize how amazing this makes you?”

Being amazing isn’t really the kind of thing that can be mea- sured, nor is the awesomeness of being selected by a school with its own planetarium, but in this moment, Sam doesn’t care. He’s amazing, it’s going to be awesome, and that’s enough.

“Oh, Sammy. Let me show you the acceptance letter so you can see for yourself. It’s up on my computer. This is going to open so many doors for you!”

Sam takes a look out the window before following his mom upstairs to the study. Asha’s back in her tree, on the outside looking in.