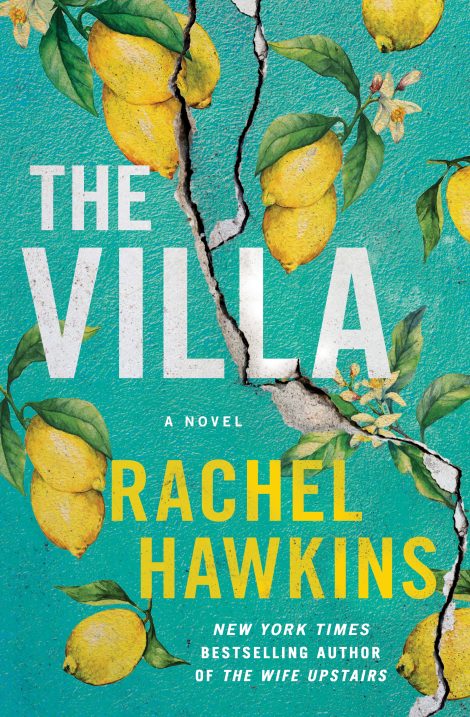 Villa Aestas in Orvieto is a high-end holiday home now, but in 1974, it was known as Villa Rosato, and rented for the summer by a notorious rock star, Noel Gordon. In an attempt to reignite his creative spark, Noel invites up-and-coming musician, Pierce Sheldon to join him, as well as Pierce’s girlfriend, Mari, and her stepsister, Lara. But he also sets in motion a chain of events that leads to Mari writing one of the greatest horror novels of all time, Lara composing a platinum album––and ends in Pierce’s brutal murder.

As Emily digs into the villa’s complicated history, she begins to think there might be more to the story of that fateful summer in 1974. That perhaps Pierce’s murder wasn’t just a tale of sex, drugs, and rock & roll gone wrong, but that something more sinister might have occurred––and that there might be clues hidden in the now-iconic works that Mari and Lara left behind.

Yet the closer that Emily gets to the truth, the more tension she feels developing between her and Chess. As secrets from the past come to light, equally dangerous betrayals from the present also emerge––and it begins to look like the villa will claim another victim before the summer ends.

Inspired by Fleetwood Mac, the Manson murders, and the infamous summer Percy and Mary Shelley spent with Lord Byron at a Lake Geneva castle––the birthplace of Frankenstein––The Villa welcomes you into its deadly legacy. 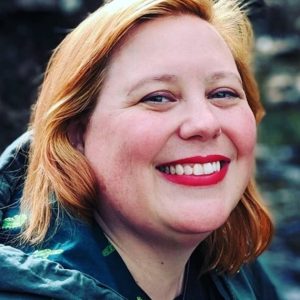 Rachel Hawkins is the New York Times bestselling author of The Wife Upstairs and Reckless Girls, as well as multiple books for young readers. Her work has been translated in over a dozen countries. She studied gender and sexuality in Victorian literature at Auburn University and currently lives in Alabama.

“Hawkins casts a sharp eye throughout to the way we construct stories about female artists—and the moral ambiguity inherent in creation and fame. The effect lingers like a shadow, or a creature, that endures past the final words. Hawkins manages to achieve the seemingly impossible: A Frankenstein-inspired novel that feels both fresh and unique.” —Kirkus (starred review)

“Equally compelling dual timelines intertwine as The Villa progresses, showcasing Hawkins’ skill at crafting intriguing characters who take the notion of an unreliable narrator to clever new heights. Sly commentary on self-help and true crime mixes nicely with eerie gothic elements in this inventive and provocative tale that explores the dark side of artistic genius and the corrosive effects of unhealthy relationships…Fans of twisty, creepy, layered thrillers will revel in their suspenseful stay at The Villa.” —Bookpage

“This story’s finely honed interplay of creative ambition and haunting sadness makes it a step above. Hawkins pokes at the darker aspects of both true crime and self-help, and it works beautifully. Hawkins’ star is definitely on the rise after two bestsellers, and this one will propel her further into the stratosphere.” —Booklist, starred review

“In The Villa, Rachel Hawkins brilliantly stitches together past and present, deftly luring readers into a deliciously dark tale filled with twisted secrets, suspect loyalties, and deadly encounters. I tore through this haunting thrill ride at breakneck speed but hated to see it end. Everything about The Villa is pitch-perfect, again proving that Hawkins is the reigning queen of suspense.” —Heather Gudenkauf, New York Times bestselling author of The Overnight Guest

“Cleverly-narrated via past and present timelines…The Villa teems with sexual tension, festering tempers, and questionable friendships. Hawkins’ latest thriller reminds us that no matter what truths we think we’ve stumbled upon, writers cannot always be trusted—and certainly not the tales they tell.” —Sarah Penner, New York Times bestselling author of The Lost Apothecary

1. This novel alternates between time lines and perspectives, and includes articles, podcast transcripts, song lyrics, and book excerpts. How did the structure of the novel affect your reading experience and/or help to build suspense?

2. Discuss the evolution of Mari and Lara’s relationship, alongside that of Emily and Chess. What role did men play in their sense of competition with each other? How did their dynamic shift after the men were out of their lives?

3. How did Pierce’s death affect each of the characters in the 1970s story line?

4. How did Matt’s desire for control over Emily manifest? Compare and contrast the ways in which the topic of having children or the loss of a child affected Emily and Matt, as well as Mari, Lara, and Pierce.

5. “It was hard for two people to be artists when the rugs needed hoovering, and food needed to be purchased, dishes washed. And somehow, those things kept falling on her.” (Page 27) How did Mari’s romantic life interfere with her writing? In the dynamic of Pierce and Mari’s relationship, why was his music always prioritized over her writing? Additionally, how do Pierce and Noel react when Lara tells them she’s written some songs she’d like to share? (Page 68)

6. Though Mari and Lara were initially expected to be nothing more than Noel’s and Pierce’s muses and companions, they were the ones to create groundbreaking art that summer. In defying expectations, what did they prove, who did they prove it to, and should they have had to prove anything at all? Do women today still have to “prove” themselves in certain spaces?

7. Discuss why Mari rewrote the ending of her and Pierce’s story. How does Mari’s altered narrative influence Emily’s life?

8. When Mari considers how her letters might be read after she has died, she acknowledges that “[s]he’s done what she can, reclaimed the narrative for herself in a way that makes sense to her, and if it means the world one day believes she murdered Pierce, at least it ensures no one will ever separate them again.” (Page 276) What does this say about the legacies we leave behind and our inability to control whether our art is interpreted as we intended? What do you think the novel suggests about fate and letting things happen as the universe means for them to?

9. The first line of Lilith Rising reads: “Houses remember.” In the People magazine clip on page 254, a local resident says of Villa Aestas, “The house is just cursed.” Do you think there’s truth to either statement? Can places hold memories?

10. Hawkins drew inspiration from the summer of 1816, when Percy and Mary Shelley stayed at a villa on Lake Geneva with Lord Byron. What parallels do you see between the 1970s story line and this moment in literary history?

11. Why do you think characters in each time period expected to find inspiration while they stayed at the villa? How do Lara’s album Aestas and Mari’s Lilith Rising make the villa a main character within this story?

12. Emily and Chess’s book is part true crime/nonfiction, part memoir about their time at the Villa Aestas, and part literary mystery. How do you imagine that Emily and Chess’s The Villa differs from The Villa that you read? In what ways does the title emphasize how there’s always a story within a story, and that the person telling the story is integral to how a story is told?