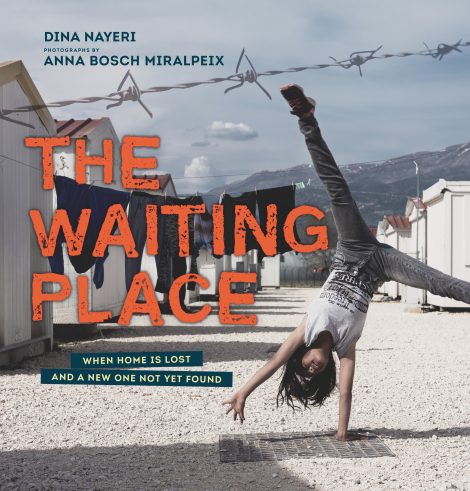 When Home Is Lost and a New One Not Yet Found

Every war, famine, and flood spits out survivors.

The United Nations High Commissioner for Refugees (UNHCR) cites an unprecedented 79.5 million forcibly displaced people on the planet today. In 2018, Dina Nayeri—a former refugee herself and the daughter of a refugee—invited documentary photographer Anna Bosch Miralpeix to accompany her to Katsikas, a refugee camp outside Ioannina, Greece, to record the hopes and struggles of ten young Farsi-speaking refugees from Iran and Afghanistan. “I wanted to play with them, to enter their imagined worlds, to see the landscape inside their minds,” she says. Ranging in age from five to seventeen,

Every war, famine, and flood spits out survivors.

The United Nations High Commissioner for Refugees (UNHCR) cites an unprecedented 79.5 million forcibly displaced people on the planet today. In 2018, Dina Nayeri—a former refugee herself and the daughter of a refugee—invited documentary photographer Anna Bosch Miralpeix to accompany her to Katsikas, a refugee camp outside Ioannina, Greece, to record the hopes and struggles of ten young Farsi-speaking refugees from Iran and Afghanistan. “I wanted to play with them, to enter their imagined worlds, to see the landscape inside their minds,” she says. Ranging in age from five to seventeen, the children live in partitioned shipping-crate homes crowded on a field below a mountain. Battling a dreary monster that wants to rob them of their purpose, dignity, and identity, each survives in his or her own special way.

The Waiting Place is an unflinching look at ten young lives suspended outside of time—and bravely proceeding anyway. Each lyrical passage leads the reader from one story to the next, revealing the dreams, ambitions, and personalities of each displaced child. The stories are punctuated by intimate photographs, followed by the author’s reflections on life in a refugee camp. Locking the global refugee crisis sharply in focus, The Waiting Place is an urgent call to change what we teach young people about the nature of home and safety.

An unflinching look at ten young lives suspended outside of time—and bravely proceeding anyway—inside the Katsikas refugee camp in Greece. 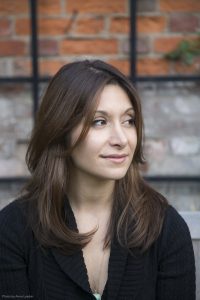 Dina Nayeri is a former refugee and the author of the adult title The Ungrateful Refugee, a finalist for the Los Angeles Times Book Prize and the Kirkus Prize. Her work has been published in more than twenty countries and in The O. Henry Prize Stories, The Best American Short Stories, the New York Times, and many other publications. Of her work with Anna Bosch Miralpeix for The Waiting Place, she says, “Each morning we set off, me with my notebook, she with her camera and tripod, to see these brave little people fighting back against the waiting place—the monster that wants to get inside you, to change you.” Dina Nayeri lives in Paris.

Anna Bosch Miralpeix is a documentary photographer whose projects include the award-winning Bubble Beirut. A graduate of the Institute of Photographic Studies of Catalonia, she is also a teacher and visual project developer. Anna Bosch Miralpeix lives in Barcelona.

The afterword by Nayeri, herself a former child refugee from Iran forced to wait for resettlement, stresses the importance of centering our common humanity, calling on governments and readers to act. . . A window into life in a refugee camp.—Kirkus Reviews

An unflinching look at the lives of a group of refugee children from Afghanistan and Iran. . . Sparse text combined with Miralpeix’s arresting full-page color photographs intimately capture the kids’ daily lives. . . . For American readers, this moving look at these young people and their hopes and dreams could lead to greater understanding and empathy for all displaced youth.—Booklist

Poetic and dreamlike, urgent and sobering, The Waiting Place offers an intimate and unflinching look into a refugee camp where displaced children live in makeshift homes made out of shipping containers, waiting to be released into a new place and life. At once a story, a historical record, and a call to action, this haunting and essential book bears witness to one of the great humanitarian issues of our times.—Catherine Chung, author of Forgotten Country and The Tenth Muse

1. Many perceive refugee camps as places of safety, reached after a flight from war, conflict, or climate change disasters. When describing where children go after their home is lost, the author says, “At first the Waiting Place welcomes you.” How quickly does she change the reader’s perception of that welcoming, of that safety? Why do you think she chose to personify the refugee camp?

2. Five-year-old Matin keeps himself busy and thinks of good things, but the Waiting Place tells him to nap, throw rocks, and pinch his sister. From your understanding of the refugee crisis and what Matin may have experienced, are you surprised by the way he is fighting against depression and aggression? Explain.

3. The older boys at the Waiting Place “make war,” and Matin has the scars to prove it. Matin tells the arguing brothers Ahmad and Hashmat that the warring boys did not start out mean. It “happened slowly.” How is Matin warning Ahmad and Hashmat and hoping they will all take a better path? Does Matin blame the warring boys for their meanness? Or does he blame the Waiting Place? Whom do you blame?

4. Matin’s older sister Mobina gets a “calm feeling” when she watches videos with objects being cleaned, improved, or fitted into their proper places. Why do you imagine Mobina likes to watch these videos and why does she “defy the stupor”? How does this relate to the idea of “unpausing” that the author introduces when first describing the Waiting Place? When you have the opportunity to pause, does it feel good or does it feel uncomfortable?

5. After fleeing their homes, Shabnam approached Setareh on the ship from Moria and befriended her with a single word. What was that word? If either girl were resettled in your school or neighborhood, what word or words could you use to form a connection? Is there immigrant resettlement in your area? If so, what languages could you begin to learn words from?

7. The pencil case that Setareh saved all her money for was too heavy to take when her family fled Iran. If you were leaving your home with just a backpack, what would you take? What would you leave behind? What dear things can you take with you that wouldn’t require a backpack?

12. Shokrieh’s big sister has a scar from the bombing of their house. How has the sister turned that scar into a sign of her strength and resilience? Who do you admire for overcoming pain or obstacles? What do you admire about the children in this book?

13. At the time this book was published, the United States government had said they would let 125,000 refugees a year into the country. If you have learned to calculate percentages, what percentage is 125,000 of the 26.6 million world refugees waiting to be resettled? What percent is 125,000 of the 4.9 million asylum seekers? How do those numbers make you feel?

14. We know that refugee camps like the Waiting Place provide “urgent needs: food, clothing, safety.” Dina Nayeri asks us to think about how we can provide “purpose, dignity, ambition, and skill” to refugees as well. Explore the attributes of purpose, dignity, ambition, and skill and write about how you do or do not have those things in your life. With a group, brainstorm ways you might help refugee children maintain and grow those attributes.

15. Dina Nayeri and her mother were refugees. Nayeri’s daughter was born in Europe, her family’s new home after leaving Iran and America. Nayeri hopes her daughter’s “luck doesn’t make her blind.” What do you think she means? How do you feel lucky? How can you make sure you see the people and circumstances that are less lucky?