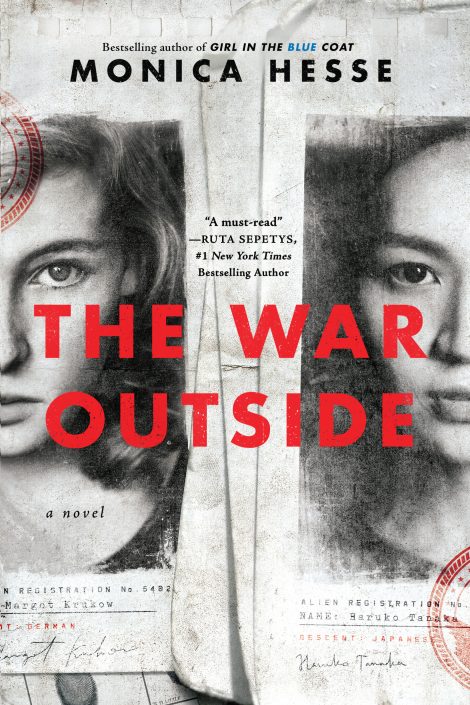 Haruko and Margot meet at the high school in Crystal City, a “family internment camp” for those accused of colluding with the enemy.

Haruko and Margot meet at the high school in Crystal City, a “family internment camp” for those accused of colluding with the enemy. The teens discover that they are polar opposites in so many ways, except for one that seems to override all the others: the camp is changing them, day by day and piece by piece. Haruko finds herself consumed by fear for her soldier brother and distrust of her father, who she knows is keeping something from her. And Margot is doing everything she can to keep her family whole as her mother’s health deteriorates and her rational, patriotic father becomes a man who distrusts America and fraternizes with Nazis.

With everything around them falling apart, Margot and Haruko find solace in their growing, secret friendship. But in a prison the government has deemed full of spies, can they trust anyone—even each other? 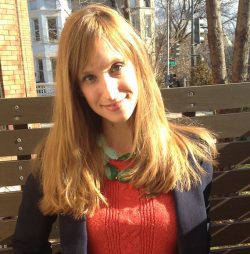 Monica Hesse is the bestselling author of Girl in the Blue Coat and American Fire, as well as a journalist with The Washington Post. She lives outside Washington, D.C. with her husband and their dog.

“Once again, Monica Hesse delivers an incredibly compelling and beautifully researched novel. The War Outside vividly brings readers into an underrepresented and dark period of American history. A must-read for fans of historical fiction.”―Ruta Sepetys, #1 New York Times bestselling author

“Monica Hesse takes a setting we think we understand and shifts it in an important way…a tightly plotted exploration of the consequences of fear.” –The New York Times Book Review

“An extraordinary novel of injustice and xenophobia based on real history.” –Booklist, starred review

“Teens and adults interested in WWII books, especially situations that haven’t been written about extensively, will want to experience this story.” –SLC, starred review

1. In the first chapter, Haruko’s mom tells their family story (pages 4-5), but leaves out some details. Why do you think that information is important to Haruko? Why do you think her mom left it out?

2. Why do you think the internment camp has separate housing for the German and Japanese prisoners, despite placing them in the same camp?

3. On page 48, Haruko recalls the moment her family got removed from their home and reveals that she suspects that her father is hiding something from her. How does Haruko’s speculation compare to the reality? Do you think Haruko would have acted any differently if she had known all the information from the start?

4. The Crystal City Internment Camp was a real place located in Crystal City, Texas. What other ways could the internment camp’s name, “Crystal City”, be interpreted?

5. What do you think would have happened if Margot and Haruko were ever discovered in the ice house together?

6. Some of Ken’s letters are censored by the government. What do you think was written in those censored portions? Do you think Ken knew that his words would be erased before getting to his family? If so, why did he write them?

7. Why did Margot and Mutti join Vati in Crystal City? Do you think it was a choice and, if so, do you think they made the right one?

8. On page 193, Haruko and Ken repeat lines from posters they saw in their childhood: “Loose lips might sink ships/An enemy’s ear might be near/Stop all loose talk to strangers.” What significance do these lines hold? How do they relate to the larger plot of this book?

9. How do you make sense of the scene where Mike, the guard who befriended Haruko, lies to defend his fellow guard?

10. Margot’s father’s distrust in America intensifies to the point where he takes extreme action. What factors do you think contributed to his decision?

11. At the end of the book, Haruko and her family’s lives change drastically. What factors led to that outcome? Do you think the characters in the book were justified in acting the ways that they did?

12. What parallels can you draw between the historical World War II events in the book and the world today? What themes from the book feel relevant today, and why?