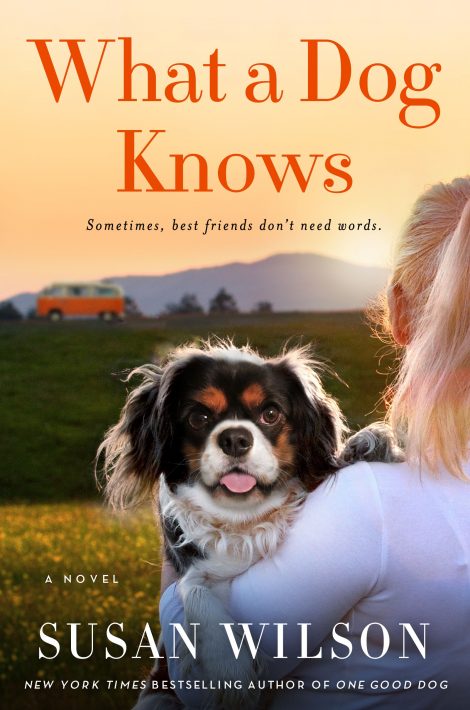 WHAT A DOG KNOWS

From New York Times bestselling author Susan Wilson comes What a Dog Knows, another heartwarming novel about humans and the dogs that change our lives.

Ruby Heartwood has always lived a life on the move. As a traveling psychic, she makes her living working at carnivals and festivals and circuses around New England. It’s a life Ruby has made peace with—settling in one place has never been for her. She needs no one, and no one needs her.

Until one night, when she is camped by the side of the road in her trusty Volkswagon “Westie”

From New York Times bestselling author Susan Wilson comes What a Dog Knows, another heartwarming novel about humans and the dogs that change our lives.

Ruby Heartwood has always lived a life on the move. As a traveling psychic, she makes her living working at carnivals and festivals and circuses around New England. It’s a life Ruby has made peace with—settling in one place has never been for her. She needs no one, and no one needs her.

Until one night, when she is camped by the side of the road in her trusty Volkswagon “Westie” van, a fierce thunder and lightning storm erupts. In the middle of the downpour, she hears a distinct voice telling her to “let me in.” In jumps a little black and white dog, and to Ruby’s astonishment, she can hear the dog’s thoughts. Has she been struck by lightning? Did the storm do this? Is she losing her mind?

It turns out, Ruby can hear many dogs’ thoughts. She decides to set up semi-permanent residency in the town of Harmony Farms, until she can sort out what is going on, and who the little dog, Hitch, belongs to. But some people in Harmony Farms don’t want her there. And it seems that events keep preventing Ruby from leaving. What secrets is this town keeping? Why was she meant to find this dog? And what has Ruby really been running from, all these years? 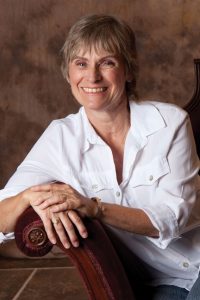 Susan Wilson is the bestselling author of books including One Good Dog, Cameo Lake and Beauty, a modern retelling of Beauty and the Beast, which was made into a CBS-TV movie. She lives on Martha’s Vineyard.

“With a deft hand and keen eye, Susan Wilson brilliantly illuminates the emotional power of dogs to lighten our hearts and transform our lives.” —Nick Trout, New York Times bestselling author of The Wonder of Lost Causes

“Broken souls are made whole in this beautiful story about the power of connecting. Susan Wilson does a gorgeous job of inhabiting her characters – both human and canine – in a book that captivates on every page. The Dog I Loved is tender, warm, insightful, and ultimately, very human.” —Ellen Meister, author of The Other Life

“The Dog I Loved is gorgeous and wrenching, psychologically astute and compassionate. I have always wanted to know what dogs think, and now I do. Susan Wilson gets into the hearts and minds of her complicated, brilliantly drawn characters, both human and canine. She has always been a writer of tremendous heart and insight; this is her best book yet.” —Luann Rice, bestselling author of The Secret Language of Sisters

Ruby can barely see the road in front of her beyond the smeary path left by the worn-out wipers. She’s on a back road, having gotten off the west to east highway an hour ago when the rain started coming down. Neither her wipers nor her nerves can take highway speeds in weather like this.

In the random way of many rural roads, there is suddenly a stop sign in front of Ruby. She has run out of west to east road. Her choice is now left or right, North Farms Road or South Farms Road. The only vehicle on the road, Ruby can take her time deciding. She glances to her left, and there is the prettiest little house she thinks she’s ever seen. A perfect hobbit house of a place. Even in the downpour, the yellow of its clapboards and the bright white of its gingerbread trim glow. Maple trees with their new pale green cauliflower buds bounce in the gusts, framing the view. If there was a B&B sign hanging out front, Ruby thinks she’d stop, see about spending the night. But there isn’t. Press on. She signals to the empty road that she will be taking the South Farms Road turn. Within a few feet she spots a sign: HARMONY FARMS 10 MILES.

At this point, Ruby has been on the road for most of the day and right now she just needs a place to pull the Westie off the road, eat her dinner and regroup. If the rain subsides, she’ll make a few more miles to her, as yet, undetermined destination. If the rain doesn’t let up, she can lock the van and go to sleep.

A sudden streak of lightning and she sees a brown state park sign directing her to Lake Harmony. Perfect. She pulls the van into an empty parking lot, notes the restroom facility and the scattered picnic tables. It’s too dark now to see the lake, but she can make out the lights of homes sprinkled around the edges. Another lightning bolt, immediately followed by the boom of thunder, and she backs the van out from under a pine tree. No sense getting crushed if a tree should get struck and topple over.

Are you nervous? Being all alone, a woman, and all? How many times has Ruby had to deflect that question with a wave of her hand and a laugh? A thousand? A million? She doesn’t tell them that it’s being in company that makes her nervous. It would seem rather odd to admit that being around people who want to be with her is far more frightening than bunking down alone in her automotive tiny house. Besides, like a Victorian lady, she does keep a little peashooter under her pillow at night, no bullets, but it’s a comfort. And, in forty years on the road, she’s never had occasion to use it. Ruby is a recluse with an active social life. Just don’t try to tie her down. Even her daughter can’t do it.

As if conjured by her thoughts, Ruby’s phone buzzes with Sabine’s FaceTime alert. Time to bid the grandkids good night and endure another round of where-are-you-and-where-are-you-heading-now-and-why-don’t-you-come-here?

“Hi, Ruby!” Two faces crowd the screen. Molly and Tom. Plain names, what Sabine likes to refer to as normal. Where so many of her mommy-peers are giving their kids trendy monikers, Sabine, who has had to explain her exotic name too many times, chose to give her kids what Ruby thinks of as plain vanilla names. But they suit them.

“Hello, my darlings.” Ruby is fortunate in that she doesn’t have to do much heavy lifting in these satellite-powered versions of face-to-face conversation with her grandchildren. They are happy to give her a thumbnail sketch of a busy kid’s day, talking over each other as they bring Ruby up to speed on the last days of school and the intransigence of their parents in refusing to consider going to Disney as a summer vacation.

And then they’re gone and the face on the screen is her one and only child. “Do not encourage them in this demand we be like everyone else’s parents.”

“Now, Sabine, when have I ever chosen to be like other people?” Ruby smiles. “I will go to the mat for your right to rebel against societal norms.”

“Come on, Sabine, use your talents.” Like Ruby, Sabine has the gift. A gift she has spent most of her life suppressing. A gift quite different from Ruby’s, not just as a reader of signs and portents, but as a medium; seeing ghosts, interpreting the astral plane. Nonetheless, Sabine is pretty good at reading psychic vibes.

“Right now, my talent is pinning you someplace near a lake.”

“What I have is Find Friends.”

Ruby’s concession to Sabine worrying so much about her wandering lifestyle was to agree to let Sabine add her to the app. “I have no idea where I am, somewhere between here and there.” It’s her old dodge of a joke. “Hey, it’s really coming down now and starting to thunder. I have to hang up.”

“Love you too.” A statement Ruby had despaired of ever hearing while Sabine worked through her adolescent rebellions. “Hey, Mom, quick question.”

“How old was I when I, you know, started feeling things?”

“You had flashes of it by the time you were eight or so.” Ruby would ask Sabine why that particular question, but she already knows the answer. “Molly?”

It seems as though it is an inherited trait, this business of sixth senses and visions and clairvoyance. Like the distinctive single freckle located at the corner of Ruby’s mouth, Sabine has the same small blemish. Once Molly had grown out of babyhood and her features become more of a little girl, Ruby had seen that she, too, bore this tiny hereditary marker. It simply stands to reason that Molly would grow into the other distinctive family marker.

“I think so.” Sabine’s face on the tiny screen betrays a maternal blend of worry and acceptance. “And you, when did you get yours?”

“About the same age, although it wasn’t until I was older that it became a problem.” It is a conversation like the one most mothers have with their daughters, except that the topic isn’t menstruation but psychic powers. “And, Sabine, the good thing is that Molly will never have to figure it out on her own.”