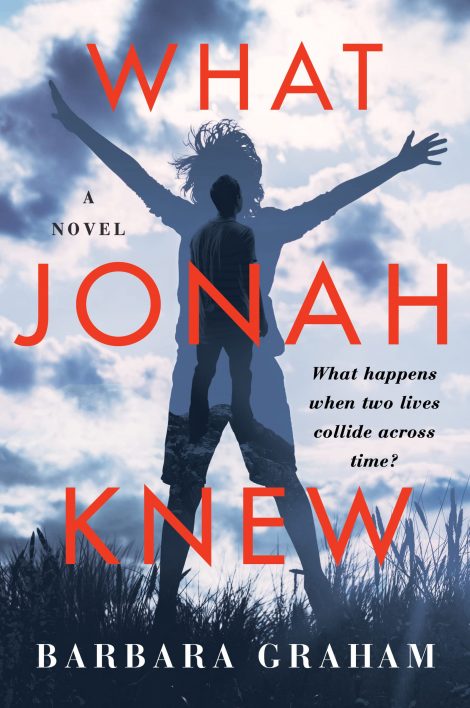 While she searches for him—joined finally by police—Jonah is born to Lucie and Matt Pressman of Manhattan. Lucie does all she can to be the kind of loving,

While she searches for him—joined finally by police—Jonah is born to Lucie and Matt Pressman of Manhattan. Lucie does all she can to be the kind of loving, attentive mother she never had, but can’t stop Jonah’s night terrors or his obsession with the imaginary “other mom and dog” he insists are real.

Whether Jonah’s anxiety is caused by nature or nurture—or something else entirely—is the propulsive mystery at the heart of the novel.

All hell breaks loose when the Pressmans rent a summer cottage in Aurora Falls, where Helen lives. How does Jonah, at seven, know so much about Henry, Helen’s still-missing son? Is it just a bizarre coincidence? An expression of Jung’s collective unconscious? Or could Jonah be the reincarnation of Henry?

Faced with more questions than answers, Helen and Lucie set out to make sense of the insensible, a heart-stopping quest that forces them to redefine not just what it is to be a mother or a human being, but the very nature of life—and death—because of what Jonah knows. 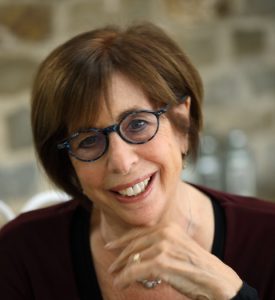 Barbara Graham is an essayist, playwright, and author who has written for Time; O, The Oprah Magazine; Glamour; More; National Geographic Traveler; and Vogue. She is a columnist for Grandparents.com and has two granddaughters.

“In Graham’s genre-bending fiction debut, two women’s lives become intertwined in a heartrending story about grief, trauma, and the love between mothers and sons. . . . The emotional payoff [is] well worth the effort. For mystery fans who like to ponder the larger issues.” — Booklist

“A spellbinding literary thriller packed with psychological suspense and profound questions about motherhood, trauma, and how death illuminates life.” — Amy Tan, bestselling author of The Joy Luck Club and Where the Past Begins

“I was hooked from the very beginning by the wonderful characters, unique plot, and mystical influences of this fine, complex thriller.” — Anne Lamott, bestselling author of Bird by Bird and Dusk, Night, Dawn

“Both a riveting mystery and a deep dive into the impact of grief, What Jonah Knew offers us not only hope but a fascinating meditation on the nature of love, identity and reality itself.” — JoAnne Tompkins, author of What Comes After

“Barbara Graham writes with clarity, courage, and heart. What Jonah Knew shines light on complicated issues and brings the reader to a new understanding of what it means to be fully human.” — Molly Giles, author of Wife with Knife and Rough Translations, winner of the Flannery O’Connor Award for Short Fiction

1. What is the significance of the novel’s title? How does what Jonah knows influence the main characters’ beliefs about life and death?

2. Helen and Lucie—both mothers—are deeply shaken by what happens to their sons and want more than anything to protect them and prevent them from suffering. What do they discover in the process of trying?

3. What are some of the limitations that all parents must contend with, no matter how much they love their children and try to keep them safe?

4. As a young mother Helen kept secrets to protect herself and her son. How has this affected her emotionally? Do you think she should have told Will the truth about her past after Henry disappeared? Does her relationship to keeping secrets change over the course of the novel? Are there ways in which family secrets have impacted your life?

5. Jonah shows signs of PTSD early in life, and Lucie believes this is due to trauma passed down from family members killed in the Holocaust. Did you accept this as the cause of Jonah’s anxiety and night terrors? Have you ever felt echoes of ancestral trauma in your own life?

6. It’s well known that a key to healing trauma is talking about it and being believed. How does not being believed affect Jonah? What does it take to make the adults in the novel finally accept what he’s telling them? What role does Charlie play?

7. Most of us assume we’re shaped by a combination of nature and nurture, yet when asked how acceptance of reincarnation would change the world, Dr. Ian Stevenson told the New York Times, “It would lessen the guilt on the part of parents. They wouldn’t have as much of a burden that, whatever goes wrong with a child is all their fault, either through genes or mishandling during the child’s infancy.” When she reads this, Lucie feels great relief. What are your thoughts about Stevenson’s statement? Have you—or anyone you know—ever sensed that you’ve lived before?

8. Of the main characters, Matt, a physician, is skeptical about reincarnation as the most plausible explanation for Jonah’s distress. He also questions the credibility of Dr. Skinner’s research. What, if anything, changes Matt’s mind?

9. Helen and Lucie have one of the more complicated relationships in the book. How well do you think each woman handles her entanglement with the other? Do their feelings toward one another change by the end? If so, how? Can you imagine how you’d react if suddenly your child announced that he or she had another mom?

10. Rosaleen says, “Loss is the price we pay for love.” How does this statement manifest in the lives of: Helen? Lucie? Jonah? Mira? Matt? Do any of the characters also make discoveries that help them move on with their lives? If so, what are some of those discoveries?

11. The book’s epigraph by physicist Max Planck reads: “Science cannot solve the ultimate mystery of nature. And that is because, in the last analysis, we ourselves are part of the mystery we are trying to solve.” Yet in the novel various views of the afterlife are espoused—from Zen, Tibetan Buddhism, and research on kids who recall a previous life. What are the different perspectives and what’s your take on them? Even if it can never be proved, what do you think happens to us after we die? How, if at all, has the novel impacted your beliefs?

At first it seems like a lucky break, him pulling up in his tricked-out truck with the big-ass tires and honking just as the sky lets loose. It’s pitch dark and raining so hard, for a minute I can’t tell who it is. “Hey,” I say when he rolls down the passenger window. “Were you at the show?” A lot of the time when I’m playing I can’t see who’s in the house, especially when it’s packed.

He shakes his head. “I had some business up here and was heading out when I saw you. You going to stand there all night getting wet or you want a ride?”

If I weren’t soaked through to the skin, I might ask him how he could tell it was me walking along this deserted stretch of road, the rain pummeling me like Noah’s Ark. “Okay,” I say. “If you don’t mind dropping me back at the motel, it’s only a couple of miles.”

Getting into the cab, I wonder what type of business he was doing all the way up here so late at night, but then I see a pile of scorecards from the track. He must be raking it in because he’s wearing an expensive-looking leather jacket and he’s got this super deluxe ride.

“Sorry to drip all over your seat,” I apologize, but there’s nothing I can do about it. I was so pissed off by what went down during the second set, I didn’t notice the storm about to break when I left the club. I just wanted to get the hell out of there. The one night a producer shows up from the record company we want to sign with, we have our shittiest gig ever.

He reaches behind him, then hands me a towel and says, “I can drive you home, if you want.”

“Thanks, but I’m riding back with the band in the morning.”

Just to be polite I pretend to wipe my neck with the towel that reeks of dried puke, then drop it on the floor. I wonder if he’s a big drinker as well as a gambler, but I don’t smell alcohol on his breath and he looks cleaned up from the last time I ran into him, maybe a year ago. More like a businessman now than some sweaty dude who works odd jobs.

“The motel is up there, on the left,” I say. “The Timber Creek, only the K is missing.”

As he pulls into the parking lot, I start thinking, maybe it isn’t such a terrible idea to get the hell out of Dodge tonight. Blow this rathole. Put the whole fucking catastrophe behind me. “If I went back with you, you’d have to wait while I pack up my stuff. And put on some dry clothes.” I can’t stop shivering.

“No prob. To tell you the truth, I wouldn’t mind the company.”

“I just need to text the guys and let them know I’m leaving.” But when I take my phone out of my pocket, it’s dead. “Shit. No juice.”

“Take your time.” Then he turns and grins at me, the blinking lights from the motel making his white teeth sparkle like piano keys. “I’ve got all night.”

Now, I’m a person who usually keeps his guard up, shit detectors on high. I had to be that way when I was a kid and it stuck. But tonight I’m too cold and wet and pissed off about the gig to pick up any weirdness, so by the time I realize that running into him was no random coincidence, it’s too late.