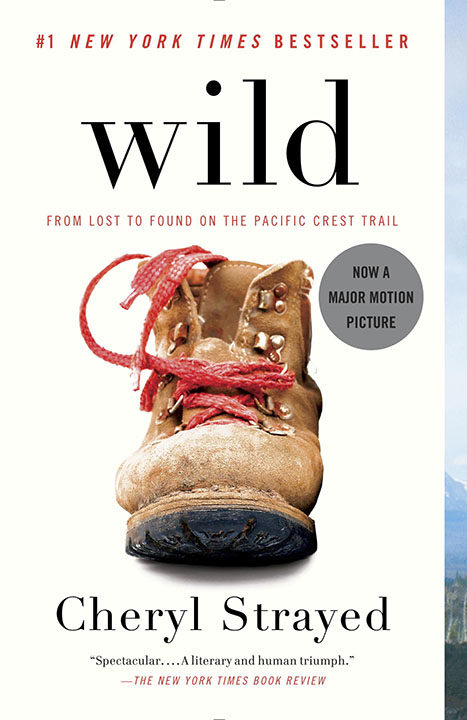 From Lost to Found on the Pacific Crest Trail

At twenty-two, Cheryl Strayed thought she had lost everything. In the wake of her mother’s death, her family scattered and her own marriage was soon destroyed. Four years later, with nothing more to lose, she made the most impulsive decision of her life: to hike the Pacific Crest Trail from the Mojave Desert through California and Oregon to Washington State—and to do it alone. She had no experience as a long-distance hiker, and the trail was little more than “an idea, vague and outlandish and full of promise.” But it was a promise of piecing back together a life that had come undone.

At twenty-two, Cheryl Strayed thought she had lost everything. In the wake of her mother’s death, her family scattered and her own marriage was soon destroyed. Four years later, with nothing more to lose, she made the most impulsive decision of her life: to hike the Pacific Crest Trail from the Mojave Desert through California and Oregon to Washington State—and to do it alone. She had no experience as a long-distance hiker, and the trail was little more than “an idea, vague and outlandish and full of promise.” But it was a promise of piecing back together a life that had come undone.

Strayed faces down rattlesnakes and black bears, intense heat and record snowfalls, and both the beauty and loneliness of the trail. Told with great suspense and style, sparkling with warmth and humor, Wild vividly captures the terrors and pleasures of one young woman forging ahead against all odds on a journey that maddened, strengthened, and ultimately healed her.

Cheryl Strayed is the author of the critically-acclaimed novel Torch, which was a finalist for the Great Lakes Book Award and was selected by The Oregonian as one of the top ten books of 2006 by Pacific Northwest authors; a memoir, Wild; and Tiny Beautiful Things: Advice on Love and Life from Dear Sugar. Her stories and essays have appeared in numerous magazines and journals, including The New York Times Magazine, The Washington Post Magazine, Vogue, The Rumpus, Self, The Missouri Review, and The Sun. Her essays have been included in the Pushcart Prize anthology and twice in The Best American Essays. She lives in Portland, Oregon.

“I was on the edge of my seat. . . . It is just a wild ride of a read . . . stimulating, thought-provoking, soul-enhancing.”—Oprah Winfrey

“Strayed’s language is so vivid, sharp and compelling that you feel the heat of the desert, the frigid ice of the High Sierra, and the breathtaking power of one remarkable woman finding her way—and herself—one brave step at a time.”—People

“An addictive, gorgeous book that not only entertains, but leaves us the better for having read it. . . . Strayed is a formidable talent.”—The Boston Globe

1. “The Pacific Crest Trail wasn’t a world to me then. It was an idea, vague and outlandish, full of promise and mystery. Something bloomed inside me as I traced its jagged line with my finger on a map” (p. 4). Why did the PCT capture Strayed’s imagination at that point in her life?

2. Each section of the book opens with a literary quote or two. What do they tell you about what’s to come in the pages that follow? How does Strayed’s pairing of, say, Adrienne Rich and Joni Mitchell (p. 45) provide insight into her way of thinking?

3. Strayed is quite forthright in her description of her own transgressions, and while she’s remorseful, she never seems ashamed. Is this a sign of strength or a character flaw?

4. “I knew that if I allowed fear to overtake me, my journey was doomed. Fear, to a great extent, is born of a story we tell ourselves, and so I chose to tell myself a different story from the one women are told” (p. 51). Fear is a major theme in the book. Do you think Strayed was too afraid, or not afraid enough? When were you most afraid for her?

5. Strayed chose her own last name: “Nothing fit until one day when the word strayed came into my mind. Immediately, I looked it up in the dictionary and knew it was mine…to wander from the proper path, to deviate from the direct course, to be lost, to become wild, to be without a mother or father, to be without a home, to move about aimlessly in search of something, to diverge or digress” (p. 96). Did she choose well? What did you think when you learned she had assigned this word to herself—that it was no coincidence?

6. On the trail, Strayed encounters mostly men. How does this work in her favor? What role does gender play when removed from the usual structure of society?

7. What does the reader learn from the horrific episode in which Strayed and her brother put down their mother’s horse?

8. Strayed writes that the point of the PCT “had only to do with how it felt to be in the wild. With what it was like to walk for miles for no reason other than to witness the accumulation of trees and meadows, mountains and deserts, streams and rocks, rivers and grasses, sunrises and sunsets” (p. 207). How does this sensation help Strayed to find her way back into the world beyond the wilderness?

9. On her journey, Strayed carries several totems. What does the black feather mean to her? And the POW bracelet? Why does she find its loss (p. 238) symbolic?

11. Strayed says her mother’s death “had obliterated me…. I was trapped by her but utterly alone. She would always be the empty bowl that no one could fill” (p 267). How did being on the PCT on her mother’s fiftieth birthday help Strayed to heal this wound?

12. What was it about Strayed that inspired the generosity of so many strangers on the PCT?

13. “There’s no way to know what makes one thing happen and not another. . . . But I was pretty certain as I sat there that night that if it hadn’t been for Eddie, I wouldn’t have found myself on the PCT” (p. 304). How does this realization change Strayed’s attitude towards her stepfather?

14. To lighten her load, Strayed burns each book as she reads it. Why doesn’t she burn the Adrienne Rich collection?

15. What role do books and reading play in this often solitary journey?