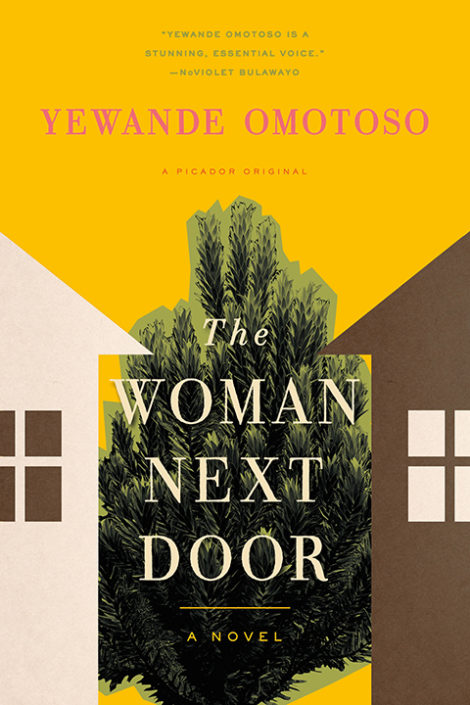 THE WOMAN NEXT DOOR

Hortensia James and Marion Agostino are neighbors. One is black, the other white. Both are successful women with impressive careers. Both have recently been widowed, and are living with questions, disappointments, and secrets that have brought them shame. And each has something that the woman next door deeply desires.

Sworn enemies, the two share a hedge and a deliberate hostility, which they maintain with a zeal that belies their age. But, one day, an unexpected event forces Hortensia and Marion together. As the physical barriers between them collapse, their bickering gradually softens into conversation and, gradually, the two discover common ground.

Hortensia James and Marion Agostino are neighbors. One is black, the other white. Both are successful women with impressive careers. Both have recently been widowed, and are living with questions, disappointments, and secrets that have brought them shame. And each has something that the woman next door deeply desires.

Sworn enemies, the two share a hedge and a deliberate hostility, which they maintain with a zeal that belies their age. But, one day, an unexpected event forces Hortensia and Marion together. As the physical barriers between them collapse, their bickering gradually softens into conversation and, gradually, the two discover common ground. But are these sparks of connection enough to ignite a friendship, or is it too late to expect these women to change? 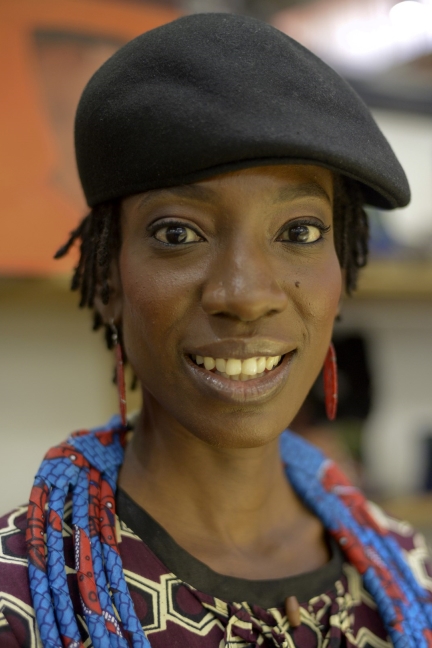 Yewande Omotoso was born in Barbados and grew up in Nigeria, moving to South Africa with her family in 1992. She is the author of Bom Boy, published in South Africa in 2011. In 2012, she won the South African Literary Award for First-Time Published Author and was shortlisted for the South African Sunday Times Fiction Prize, and in 2013 she was a finalist for the inaugural, pan-African Etisalat Fiction Prize. She lives in Johannesburg, where she writes and has her own architectural practice.

“Yewande Omotoso’s deft writing and subtle weaving in of difficult history will leave you in love with these two stubborn old women. Delightful.”—Helen Simonson, New York Times bestselling author of The Summer Before the War and Major Pettigrew’s Last Stand

“Although new to the scene, Yewande Omotoso writes with the skill, intelligence, and compassion of an old master. One of the astonishing achievements of The Woman Next Door is her ability to see all sides of a story. Only such keenness of vision could produce this enlightening and eloquent novel that serves as a testament to a truth that we seldom hear: through honest exchange, it is possible for us to free ourselves from the terrible hauntings of history.”—Jeffery Renard Allen, author of Song of the Shank and Rails Under My Back

1. The residents of Katterijn are described as having “mastered a popular pastime, making a thing appear to be what it is not.” In what ways is this sentiment seen throughout Katterjin and South Africa at large?

2. While Marion is staying at the guesthouse after her home is damaged, she muses, “This is what it feels like to be an old woman, discarded by your own family. Money. The only thing with the power to bring some respite to old age.” Do you agree or disagree with this statement?

3. At a dinner party held when Marion was six years old, she told the guests, “Ma said black is the same as Kaffir.” Some “tutted their disapproval” and many laughed. What does this incident reveal about Marion’s upbringing and about the state of South Africa during Marion’s childhood?

4. After the accident with the crane leaves Hortensia injured and bed-bound, a string of nurses attempt to tend to her. One in particular gets into an argument with Hortensia after he tells her about his “buddy” at the bank who taught him the “African handshake.” Hortensia responds by asking, “Which is it that makes him your ‘buddy’? The fact that he’s black or the fact that he’s poor—or is it both?” What do you think Hortensia was getting at with her question? Do you think it was inappropriate for her to ask the question? Why or why not?

5. Bassey beat Peter “quite brutally” the first time the two played chess, yet he lost every game after. Do you think Bassey lost those subsequent games on purpose? What does this event tell us both about race relations and the relationship between housekeeper and employer?

6. Hortensia learned that in Cape Town “a smiling black woman was a dangerous weapon in its apparent innocuousness.” What does this mean and how does Hortensia deploy this weapon throughout the novel?

7. The main characters in the novel are older women, and they both reflect upon the difficulties of aging. Hortensia finds it especially annoying when the nurses speak to her a tone of voice that suggests she is “mentally deficient.” Have you witnessed this sort of thing in your own life? Did the novel make you change your thoughts about the elderly and how they should be treated?

8. How does Marion’s visit to the library serve as a turning point in the novel and for Marion?

9. The novel jumps from the viewpoint of two complex women—Marion and Hortensia throughout the novel. Why is this structure so appropriate and useful for this novel and the major themes it presents?

10. Why do you think Hortensia decided not to let the nurses in to administer the drip that was helping to keep Peter alive? Do you agree with her actions?

11. The author uses wit and humor throughout the novel in clever ways. What were some specific moments that you found especially funny? Why is humor such an effective tool in this novel in particular?

12. Did you believe Agnes’s story about the painting? Do you think she should have given it back to Marion?

13. What could Peter have meant when he told Marx, “My wife, I love her very much, but that’s the easy part”?

14.  How does the relationship that Hortensia and Marion forge by the novel’s end speak to larger issues that have plagued post-apartheid South Africa?