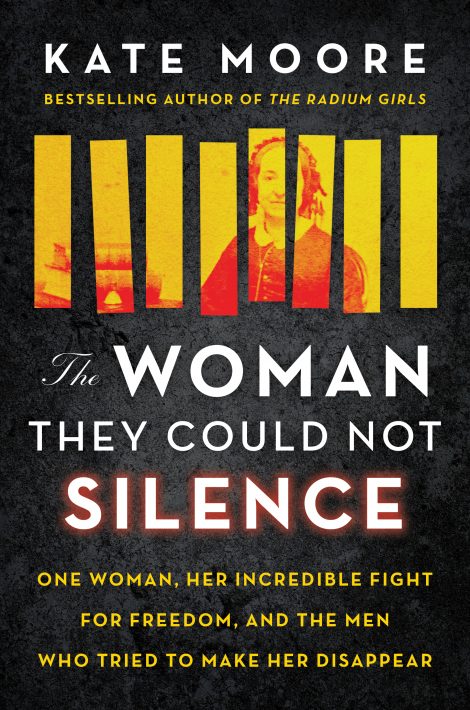 THE WOMAN THEY COULD NOT SILENCE

One Woman, Her Incredible Fight for Freedom, and the Men Who Tried to Make Her Disappear

From the New York Times, USA Today, and Wall Street Journal bestselling author of The Radium Girls comes another dark and dramatic but ultimately uplifting tale of a forgotten woman whose inspirational journey sparked lasting change for women’s rights and exposed injustices that still resonate today.

1860: As the clash between the states rolls slowly to a boil, Elizabeth Packard, housewife and mother of six, is facing her own battle. The enemy sits across the table and sleeps in the next room. Her husband of twenty-one years is plotting against her because he feels increasingly threatened―by Elizabeth’s intellect,

From the New York Times, USA Today, and Wall Street Journal bestselling author of The Radium Girls comes another dark and dramatic but ultimately uplifting tale of a forgotten woman whose inspirational journey sparked lasting change for women’s rights and exposed injustices that still resonate today.

1860: As the clash between the states rolls slowly to a boil, Elizabeth Packard, housewife and mother of six, is facing her own battle. The enemy sits across the table and sleeps in the next room. Her husband of twenty-one years is plotting against her because he feels increasingly threatened―by Elizabeth’s intellect, independence, and unwillingness to stifle her own thoughts. So Theophilus makes a plan to put his wife back in her place. One summer morning, he has her committed to an insane asylum.

The horrific conditions inside the Illinois State Hospital in Jacksonville, Illinois, are overseen by Dr. Andrew McFarland, a man who will prove to be even more dangerous to Elizabeth than her traitorous husband. But most disturbing is that Elizabeth is not the only sane woman confined to the institution. There are many rational women on her ward who tell the same story: they’ve been committed not because they need medical treatment, but to keep them in line―conveniently labeled “crazy” so their voices are ignored.

No one is willing to fight for their freedom and, disenfranchised both by gender and the stigma of their supposed madness, they cannot possibly fight for themselves. But Elizabeth is about to discover that the merit of losing everything is that you then have nothing to lose…

Bestselling author Kate Moore brings her sparkling narrative voice to The Woman They Could Not Silence, an unputdownable story of the forgotten woman who courageously fought for her own freedom―and in so doing freed millions more. Elizabeth’s refusal to be silenced and her ceaseless quest for justice not only challenged the medical science of the day, and led to a giant leap forward in human rights, it also showcased the most salutary lesson: sometimes, the greatest heroes we have are those inside ourselves. 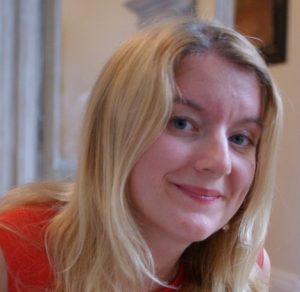 Kate Moore is the award-winning, New York Times and USA Today bestselling author of The Radium Girls. A British writer based in London, she has published numerous Sunday Times bestsellers, writing across various genres including history, biography, true crime, gift, and humor. She began her career in publishing after graduating from the University of Warwick and worked as an in-house editor at various publishing houses for over a decade, most recently as an editorial director of Penguin Random House, and now works full-time as an author, ghostwriter, and book editor. She has written more than 15 books and her work has been translated into more than 12 languages.

“I have waited fifty years for this full-length biography of Elizabeth Parsons Ware Packard, and Kate Moore’s The Woman They Could Not Silence is simply magnificent. It reads like a suspense novel: one is on the edge of her seat at all times; one cannot believe what happens next-and then after that. History comes alive as does the tragedy of women who were falsely judged “mad” and then incarcerated and tortured in 19th century American Insane Asylums. Moore’s research is impeccable. She tells us the whole terrifying and thrilling story: the cost of battle, the triumph of cruel and corrupt misogynists, the nature of feminist victory. It is a complicated story and one brilliantly told. After Packard finally won her own freedom, she fought pioneering battles for the legal rights of both married women and mental patients. This book reads like a movie and it should be made into one.” – Phyllis Chesler, bestselling author and feminist leader

1. Elizabeth is locked up in the asylum because her husband does not agree with her religious views. Do you think modern-day America is more or less tolerant of diverse religions (and controversial view-points) than in Packard’s time? How free are followers of minority faiths to practice in the U.S. today?

2. Elizabeth employs a variety of tactics— physical resistance, negotiating with hospital staff, writing— to protest her treatment throughout the book. Which techniques were most effective for her? What strategies would you turn to in her place?

4. Dr. Duncanson, the doctor who supports Elizabeth in her insanity trial, testifies that: “I did not agree with…her on many things, but I do not call people insane because they differ with me.” How relevant is this statement in America today when political opinions are so divided, and what does it do to public discourse when the idea of insanity is brought into politics? Do you think we might ever return to a time when people are locked up for holding an opposing viewpoint to those in power?

5. Elizabeth and McFarland have a complicated relationship, to say the least. What did you think of her continuous attempts to redeem him? Did she truly think he would change, or was she just trying to improve her own circumstances? What were the long-lasting effects of the relationship on each of them?

6. When Elizabeth is first released from the asylum, how does her homecoming compare to her daydreams and expectations? Have you ever had a similar experience? How did you handle the difference between your expectations and reality?

7. Elizabeth’s landmark case for her sanity was originally a trial regarding habeas corpus. What did you think of the judge’s decision to shift focus? Is a jury qualified to confirm or deny someone’s sanity?

8. What did you think of the spate of releases that occurred right before the asylum came under scrutiny?

9. Right or wrong, McFarland was completely trusted by the Jacksonville Asylum’s Board of Trustees. What impact did this have on his patients? How did the Board respond to Fuller’s investigation and recommendations? Can you think of a way to avoid such conflicts of interest?

10. Governor Oglesby was not required to act on the findings of the investigative committee and planned to keep them under wraps until the next meeting of the Illinois General Assembly. What motivated him to keep the report under wraps? Do you think modern politicians play the same games with important information?

11. The book explores the power of rumor and reputation. Even though Elizabeth is declared sane, rumors persist about her sanity for the rest of her life and are used to discredit her. Can you think of any modern-day examples where, even though someone has been cleared of something, their opponents continue to use that some-thing against them? Do you think this is “fair game,” or is it morally wrong?

12. How did Elizabeth’s status as a woman, mother, and asylum patient both help and hinder her lobbying efforts? How did she use men’s expectations of her to bolster her causes?

13. Which of Elizabeth’s many accomplishments do you think she was most proud of ? Is there anything else you see as her greatest achievement?

14. Elizabeth writes: “To be lost to reason is a greater misfortune than to be lost to virtue, and the…scorn which the world attaches to it [is] greater.” Do you think this is still true today? The American Psychological Association recently stated that only 25 percent of adults with symptoms of mental illness believe that people will be caring and sympathetic toward them. How can we improve sympathy for those who struggle with their mental health? And which do you think carries more societal shame: having a mental health problem or being “lost to virtue”? Is the answer dependent on gender?